I am a Sultan, driven by storms that blow,

My warrior hosts are armoured forms of song,

And grief has laid a turban on my brow

With many mysteries its folds among.

With these bombastic words Herr Beck approached the German poets’ ranks, demanding admission; in his eyes the proud awareness of his calling, about his lips an expression of modern world-weariness. Thus he stretched out his hand for the laurel wreath. Two years have passed since then; does the laurel appeasingly cover the “mysterious folds” of his brow?

There was much boldness in his first collection of poems. Gepanzerte Lieder, a Neue Bibel, a Junges Palästina [35] — the twenty-year-old poet jumped straight from the top form into the third heaven! That was a fire such as had not blazed for a long time, a fire which gave out much smoke because it came from wood that was too fresh and green.

The Young Literature developed so rapidly and brilliantly that its adversaries perceived they stood to lose rather than gain by arrogant rejection or condemnation. It was high time to take a closer look at it and to attack its real weaknesses. Thus, the Young Literature was, of course, recognised as an equal. Soon quite a number of these weaknesses were found — whether real or apparent does not concern us here., but the loudest claim was that the former Young Germany had wanted to dethrone lyric poetry. Heine, of course, fought against the Swabian[36]; Wienbarg made bitter comments on the humdrum lyrics and their eternal monotony; Mundt rejected all lyrics as being out of tune with the times and prophesied a literary Messiah of prose. That was too much. We Germans have always been proud of our songs; if the Frenchman boasted of his hard-won charter and derided our censorship, we pointed proudly to philosophy from Kant to Hegel and to the line of songs from the Song of Ludwig [37] to Nikolaus Lenau. Are we to be deprived of this lyrical treasure? Behold, there comes the lyrical poetry of the “Young Literature” with Franz Dingelstedt, Ernst von der Haide, Theodor Creizenach and Karl Beck.

Beck’s Nächte appeared shortly before Freiligrath’s poems. [F. Freiligrath, Gedichte] We know what a sensation both these collections of poems made. Two young lyrical poets had emerged with whom at that time none of the younger could be ranked. A comparative study of Beck and Freiligrath was made in the Elegante Zeitung [Zeitung für die elegante Welt] by Kühne [38] in the manner familiar from the Charaktere. I would like to apply Wienbarg’s remark about G. Pfizer to this criticism. [39]

The Nächte are chaos. Everything lies in motley disorder. Images, often bold, like strange rock formations; seeds of a future life, but drowned in a sea of phrases; now and then a flower begins to bud, an island to take firm shape, a crystal layer to form. But still everything is in confusion and disorder. The words:

Oh, how the frenzied, flashing images

Race through my wrathful, thunder-laden head,

fit not Börne but Beck himself.

The image which Beck gives of Börne in his first attempt is terribly distorted and untrue; Kühne’s influence here is unmistakable. Apart from the fact that Börne would never have used such phrases, he also knew nothing of all the desperate world-weariness which Beck ascribes to him. Is that the clear-headed Börne, the strong, imperturbable character whose love warmed but did not burn, least of all himself? No, it is not Börne, but merely a vague ideal of a modern poet composed of Heine’s coquetry and Mundt’s flowery phrases; the Lord preserve us from its realisation! Frenzied and flashing images never raced in Börne’s head; his locks never stood on end with curses against heaven; in his heart midnight never sounded, but always morning; his sky was never blood-red but always blue. Fortunately, Börne was never filled with such dreadful despair that he could have written Die achtzehnte Nacht. If Beck ‘ did not gabble so much about the Red of Life with which his Börne writes I should believe that he had never read the Franzosenfresser. [L. Börne, Menzel, der Franzosenfresser] Let Beck take the most melancholy passage of the Franzosenfresser and it is bright day compared with his affected night-of-storm despair. Is not Börne poetic enough in himself, must he first be spiced with this newfangled worldweariness? I say newfangled because I can never believe that this sort of thing is a part of genuinely modern poetry. Börne’s greatness is precisely that he was above the miserable flowery phrases and cliquish catchwords of our days.

Before a definite judgment of the Nächte could be formed, Beck had already come forward with a new series of poems. Der fahrende Poet showed him to us from a different angle. The storm had blown itself out and order began to emerge out of chaos. One had not expected such excellent descriptions as those in the first and second songs; nor had one believed that Schiller and Goethe, who had fallen into the clutches of our pedantic aesthetics, could offer material for such a poetic unity as is to be found in the third song, nor that Beck’s poetic reflection could hover in almost philistine calm over the Wartburg as now in fact it did.

With Der fahrende Poet Beck had formally entered literature. Beck announced the Stille Lieder, and the journals reported that he was working on a tragedy, Verlorene Seelen.

A year passed. Except for a few poems nothing was heard of Beck. The Stille Lieder remained unpublished and nothing definite could be learned of the Verlorene Seelen. Eventually, his Novellistische Skizzen appeared in the Elegante. An attempt at prose by such an author would command attention in any event. I doubt, however, whether this attempt satisfied even a single friend of Beck’s Muse. The earlier poet could be recognised in a few metaphors; with careful cultivation the style could be developed quite nicely; but that is all one can say for this little tale. Neither in profundity of thought nor poetic imagination did it rise above the usual sphere of literature meant for entertainment; the invention was rather ordinary and indeed ugly, and the execution was commonplace.

A friend told me during a concert that Beck’s Stille Lieder had arrived. just then the adagio of a Beethoven symphony began. The songs will be like this, I thought; but I was mistaken, there was little Beethoven and a great deal of Bellini lamentation. I was shocked when I took the booklet in my hands. The very first song was so infinitely trivial, so cheaply mannered, only given a spurious originality by an affected turn of phrase.

Only the enormous dreaming in these songs still recalls the Nächte. That a lot of dreaming was done in the Nächte could be excused; it could be overlooked in Der fahrende Poet; but now Herr Beck never comes out of his sleep at all. He is dreaming already on page 3; p. 4, p. 8, p. 9, p. 15, p. 16, p. 23, p. 31, p. 33, p. 34, p. 35, p. 40, etc., dreams everywhere. In addition there is a whole series of dream images. It would be ridiculous if it were not so sad. The hope of originality dwindled to a few new metres, and to make up for it there are suggestions of Heine and an infinitely childish naivety which runs most repulsively through almost all the songs. The first part, Lieder der Liebe. Ihr Tagebuch, suffers particularly. I would not have expected such weak, revolting pap from the blazing flame, the noble, strong spirit that Beck wants to be. Only two or three songs are tolerable. Sein Tagebuch is a little better; here there is occasionally a real song to make up for the frequent nonsense and drivel. The worst of the drivel in Sein Tagebuch is Eine Träne. We know what Beck produced earlier in tear poetry. There he let “the suffering, that bloody, raw corsair, sail in the quiet sea of tears” [K. Beck, Nächte. Gepanzerte Lieder. From the poem Der Sultan] and “grief, the dumb, cold fish”, splash about in it. Now this is joined by:

Teardrop, not in vain

So large and round a-brimming,

All life’s joy and pain

So much, so much in you

My love and lute are swimming too,

Teardrop, not in vain

So large and round a-brimming.

How stupid it is! The better part of the whole booklet is to be found in the dream images, and some of the songs there are at least heartfelt. Particularly Schlaf wohl! which, to judge by the date of its first publication in the Elegante, [40] must belong to the earlier of these songs. The final poem is among the better ones, although somewhat verbose, and at the end there is again the “tear the strong shield of the world spirit”. [K. Beck, Stille Lieder]

To conclude there are attempts at the ballad. The Zigeunerkönig, with an opening which smacks strongly of Freiligrath’s descriptive manner, is weak compared with the vivid portrayal of gipsy life in Lenau, and the gushing phrases, which are meant to make us find the poem fresh and strong, only render it more repulsive. Das Räslein is, however, a prettily reproduced moment. Das ungrische Wachthaus is in the same class as the Zigeunerkönig; the last ballad of this cycle is an example of how a poem can have flowing and sonorous verses and beautiful phrases without leaving much impression. The earlier Beck would have presented the sinister robber Janossyk more vividly in three striking images. And this Beck must have a final dream on the last page but one and so the booklet ends, but not the poem, the continuation of which is promised for the second slim volume. What does this mean? Are poems, like journals, to end with “to be continued"?

After several theatre managements had declared it impossible to produce, Verlorene Seelen was, we hear, destroyed by the author; he now appears to be working on another tragedy, Saul; at least, the Elegante has only published the first act and the [Allgemeine] TheaterChronik an extensive prospectus of it. This act has already been reviewed in these columns. [41] Unfortunately I can only confirm what is said there. Beck, whose uncontrolled and uncertain fantasy makes him incapable of presenting characters in the round, who compels all his personages to use the same phrases, Beck, who showed in his interpretation of Börne how little he can understand a character, let alone create one, could not have hit upon a more unfortunate idea than to write a tragedy. Beck was forced unwittingly to borrow the exposition from a recently published model, [42] to make his David and Merob speak in the tearful tone of Ihr Tagebuch, to present Saul’s changes of mood with the crudeness of a comedy at a country fair. Hearing this Moab speak you begin to realise the significance of Abner as his model; is this Moab, this coarse, bloody disciple of Moloch, more like an animal than a man, supposed to be Saul’s “evil spirit"? A child of nature is not a beast, and Saul, who opposes the priests, does not for that reason find pleasure in human sacrifice. In addition, the dialogue is wooden beyond measure, the language feeble, and only a few tolerable images, which, however, cannot carry the weight of even one act of a tragedy, recall the expectations which Herr Beck no longer seems capable of fulfilling. [43] 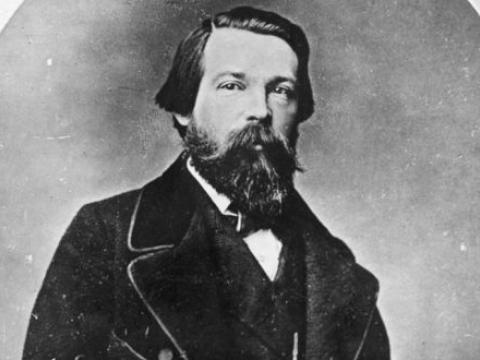 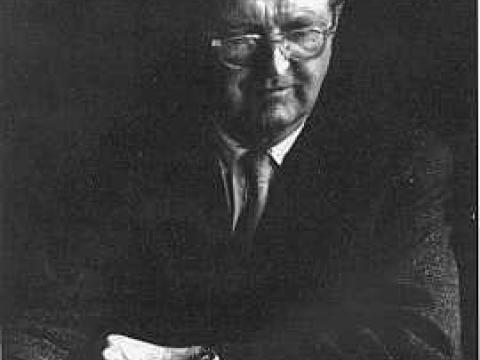