SELDOM IS ONE UNACQUAINTED with the tune currently heading the Top Twenty. The vast profits of the popular music industry depend on publicity alone; the jingle, after all, is selling nothing but itself. The public eye is thus drawn to it more than to other commercial businesses which exploit with similar lack of regard for the public good and for the quality of their products. Even amongst the children themselves there is a sense of incompatibility. Stated one boy in a class interviewed on the subject: "I've 'eard as Adam Faith earns ten times as much as the Prime Minister; well, I mean, 'e don't do 'alf as much for the country!" Some parents of course join in with their childrens' enthusiasm for pop music; in this particular school, a mixed Secondary Modern, their parents bought most of the records. But amongst higher income groups, Tin Pan Alley is condemned as one of the nastier products of society where the ethics of other commercial rackets are ignored. It crystalises the conflict between parents and adolescents in many families.

Only too often the Philistinism of the racketeers is transferred in the public mind to the children they exploit. This, I am sure, is a mistake. Once we had established that the songs themselves were under discussion and not the children who listened to them, the boys and girls I talked to were astoundingly critical. They readily admitted that the singers were vastly overpaid, that they rarely hit the right note, that the songs were too Americanised and the words often ridiculous. These criticisms, I may add, came from the children themselves and were not suggested to them.

"Some backing groups have to play extra loud to drown the singer!" claimed one boy. Despite their outward contempt for many of the song lyrics, it was obvious that the image presented by them was commonly accepted; loneliness, refuted and unreturned love, misunderstood youth are easy themes for adolescents to swallow. Far better though that emotional conflict of this period be extroverted and admitted to, even if it must be reduced to such a low common denominator. It was notable how much the children enjoyed talking about pop music; they needed little prompting and some children raised their hands to talk again and again, several of whom, I was told, were notorious for their lack of co-operation in lessons. It was evident that the identity presented to them by pop records largely formed a basis for communication with one another; it allowed them to be independent of school and parents. Whether this is a good thing or not is debatable, but response from such children is best obtained from acceptance of it.

Apart from providing an outlet for superfluous emotional energy, the fleeting popularity of the current hit is not so far removed from a genuine social heritage. To trace popular music to its root is to delve into the very origins of culture. The transition from the spontaneous and unselfconscious to the premeditated and highly selfconscious has in no way altered the similarity of the response. This transition, furthermore, reached its final stages earlier than most people suppose; the tunes of medieval ballads were unoriginal and their themes and phraseology repetitive although they had but one creator. John Earle in his Micocosmagraphia of 1628 writes of the "Pot Poet" whose ballad sheets were to replace the minstrel: "… his frequentest works go out in single sheets and are chanted from market to market to a vile tune and a worse throat whilst the poor country wench melts like butter to hear them."

The popular song has survived together with its obvious intellectual defects, inviting the same criticism and fulfilling the same basic requirements. Its simplicity evokes the desire to dance, to sing, to play oneself; several of the boys in the school I visited played instruments in a group and made up many of their own songs; although their knowledge of their instruments was mostly self-taught, they admired the few among them who could read music and decipher song sheets — it made their renderings sound "more professional". I played them one or two records of more ambitious pop songs and they fully appreciated the slight element of counterpoint and harmony to be observed. The progression towards appreciation of more complex music would not appear to be very obscure. Yet as soon as the words "Classical Music" were mentioned the children chorused "Ugh!!" in delighted derision. They refused to connect such plagiarisms as "Nut Rocker" with a more cultured origin. After more questioning it became apparent that, despite a number of music lessons per week, their idea of "Classical Music" was confined to the warbling of large-bosomed ladies. An introduction to serious, highly orchestrated music would take a very long time, despite their familiarity with the basic requirements, merely because of their intense prejudice.

I think more accounts for this than defence of the teenage ego. In making their appeal to adolescents largely dependent on stirring up the "battle" between youth and age and romanticising misunderstood youth, the racketeers are obviously doing little to encourage young listeners to participate in the musical enjoyment of their elders. Yet a study of the children themselves reveals a good humour and honesty which contrast very favourably with the mild yet exasperating hypocrisy of many of their critics; surely it is fair to suggest that a large proportion of the enthusiasm apparently created by modern "serious" music is dishonest, and that the mind which derives its greatest musical inspiration from "The Dance of the Sugar Plum Fairy" on Family Favourites is no less insensitve than the fan of "Nut Rocker". The change from the primitive to the civilized long ago created a division in culture; the refinement of man's sensibility in the higher stratum of society inevitably brought about a rarification of the arts and consequently an aristocracy in music. In the hearts of a class rising in the social scale there is a dread of any aspect of culture associated primarily with the working class, and the resulting snobbery has been sufficient to convince many young potential music lovers that there are two vastly differing worlds of music: that of warbling, bosomy ladies and that of young, energetic teenagers. In reality these worlds are both created and separated by false social criteria; a good tune is a good tune whoever writes it, and many professed lovers of music rarely progress beyond acknowledgment of the tune alone — witness the number of attendants at symphony concerts who are bored and bewildered until the theme tune shows itself again.

In France, from my observation at any rate, the schism is not so broad and a devotee of one kind of music does not listen to it exclusively. There is such a thing as an intellectual pop singer; Jacques Brel, Georges Brassens and Yves Montand have enhanced the universally acceptable tune with pleasant, unaffected voices and witty — sometimes wise — lyrics. Jacques Brel particularly has no equal in England; he writes both the words and the music of his songs and comments as poignantly on the futility of war as on the tenderness of love. There are singers in England who attempt the revival of a more meaningful popular song, but too often the remnants of an outdated folk 'tradition' — which, in reality, has passed to other things — linger to result in a drab devitalised effect. There is no reason why the sophisticated pop song should not be a commercial success; at the moment, the racketeers underestimate both the intelligence and the extent of their market as much as do their critics. It spreads potentially into all classes and all age groups; in the course of a discussion on the subject, over half the members of an Oxford College essay society admitted to listening regularly to Radio Luxembourg and it is rumoured that the Dean of the same college is endeavouring to cash in on the pop market himself. 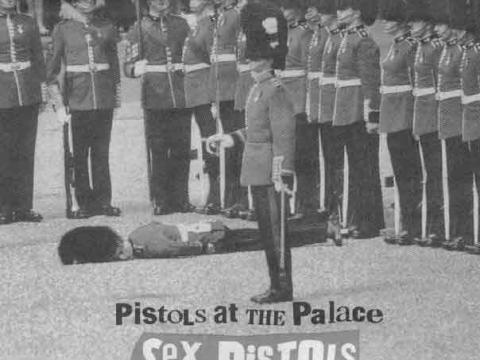 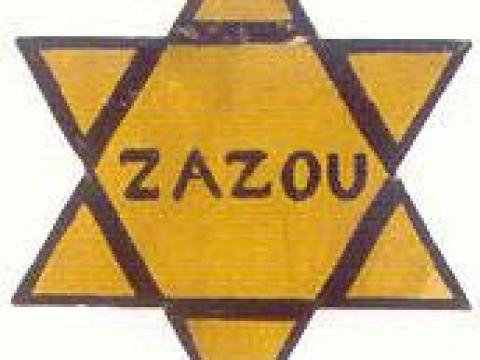 An account of the French anti-Nazi cultural youth movement who opposed the Vichy regime in occupied France. Influenced by jazz and swing they met…

Insurrection and a conservative revolution: some thoughts on the recent riots - Raphael Schlembach

Raph Schlembach looks at the London riots and the absence of any Left presence. Originally published in September 2011. 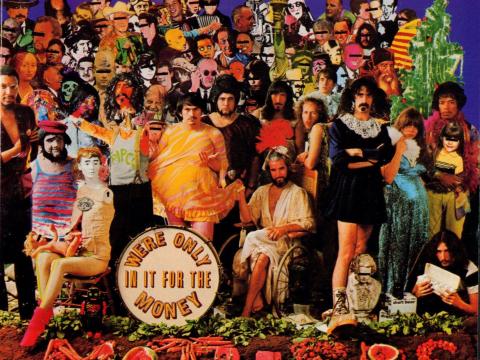 A condensed social and political history of rock music, from its historical roots in Afro-American rhythm and blues, to its appropriation by…