"On March 3, 1981 the Service Employees International Union (SEIU) and Working Women (WW) announced a joint national campaign to organize office workers into unions. WW's executive director Karen Nussbaum proclaimed a "new chapter in labor history'' and predicted that "the 80s will be for clerical workers what the 30s were for industrial workers.''

Working Women was created in 1977 by the national affiliation of five local working women's groups (including San Francisco's Women Organized for Employment [WOE) to advise then-President Carter on the reorganization of the Equal Employment Opportunity Commission. Since that time they've grown to include 13 groups in different cities, with over 10,000 members. In several previous campaigns to organize clericals, WW has emphasized the three Rs--Raises, Rights, and Respect. " Raises Not Roses" and " Scrooge of the Year" were themes used in publicity campaigns to dramatize the low pay of office workers. The "Pettiest Office Procedure" campaign was conceived to draw attention to management's frequent use of office workers to perform demeaning personal favors such as fetching coffee, doing errands, etc.

At this year's National Secretaries Day in Embarcadero Plaza in SF, WOE held an " Office Workers' Olympics." One of the four events was a typing contest where secretaries competed with local officials and celebrities in order to " let the world know that typing is a highly skilled trade!'' This event--and the more general demand for respect'' -- is a response to office workers' resentment against the impersonal way they are treated at work. People demand respect from others in order to respect themselves. They need to feel that their work is appreciated as a meaningful contribution to society. What these demands ignore is the basically wasteful and meaningless nature of office work.

Most of us would enjoy freely contributing a share of our creative abilities to the well-being of others. But since our survival depends on selling these powers for a wage, many of us are forced to derive self-esteem from doing our job competently. No matter how appreciated or well-paid, most office work is useful only to preserve the power of the corporations and governments of the world. To seek positive reinforcement for one's wage-labor only validates a system whose very premise is the degradation of creative human activity--the exchange of skills, affection and loyalty for money.

Beyond this unique demand for respect, WW has declared goals similar to those of labor unions--higher pay, better working conditions, seniority rights and affirmative action. Until the recent agreement with SEIU, Working Women has kept unions at a distance, fearing clerical workers would not accept them. Even now, WW is calling the new national local "autonomous''and establishing separate offices in an attempt to distinguish the new organization from the image of unionism.

The coalition of WW and SEIU is a marriage of mutual convenience. Working Women hopes the unions' money, legal aid and organizing experience will help them overcome the strategic limitations they've encountered. The December 1980 issue of Downtown Women's News in San Francisco exemplifies their limited leverage:

"The single most powerful threat that we as WOE activists hold is our ability to publicly expose and ridicule unfair employment practices.''

At most corporations will respond with mere cosmetic changes to the two minute TV spots WW gets to decry this or that company's prejudicial practices.

SEIU, for its part, has a substantial advantage over other unions trying to gain a foothold in the office labor market. With nearly half the US workforce now employed in "information handling'' and shrinking membership rolls and dues revenues, the United Auto Workers, United Steel Workers, Amalgamated Clothing and Textile Workers, United Food and Commercial Workers, the Teamsters and others are rushing to exploit the lucrative opportunities among a discontented white-collar working class.

The prospect of a wave of unionization and strikes among office workers is a matter of grave concern to many corporate and government leaders. In the January 1980 Infosystems magazine, attorney Robert P. Bigelow warns:

"Management must recognize that information is a resource...without an organization-wide information system [read human and/or electronic spies], warning signs may go unnoticed... As offices become more and more dependent on word processing equipment and upon computerized information systems, a strike by data entry and text editing personnel becomes even more serious. An organization that depends on the currency of the information in its data banks will be hamstrung if those who make the entries go out on strike. . .''

While most capitalists tend to resist unionization, some may be shrewd enough to take advantage of the role unions could play in disciplining and controlling the workforce. For example, the infamous productivity problem in offices has been linked to office workers' ability to resist tight control of their workloads. According to the Wall Street Journal (Nov. 25, 1980) "Methods Time Measurement Association, a research group, estimates that white-collar workers operate at only [email protected] of efficiency. A survey of 400 firms shows losses of four hours per worker each week to "time theft,' or excessive tardiness, absence or breaktaking.'' Office workers have developed their own informal methods of resisting the efficiency standards established by management's productivity experts which, if enforced, would turn clericals into automatons.

When a union gets voted in to represent workers in an office, it becomes responsible to management for enforcing work rules established at the negotiating table. By its contractual obligation to ensure a full day's work for a full day's pay, unions will be compelled to help combat time theft and to control absenteeism. In the context of explicit rules and regulations agreed to by management and the union, workers' ability to take their own initiatives in resisting productivity demands on the job would run up against the additional opposition of their union. Once in place, workers may find that the union is just another bureaucracy that demands money and obedience.

One of the great limitations of union strategy is the separation of workers into "bargaining units" or specific workplaces. Most office workers, especially lower level clerical workers, don't see their work at any particular job or company as permanent. Attempts to unionize and negotiate contracts for individual workplaces are bound to suffer under a constantly changing workforce.

A case in point is the Office and Professional Employees Union (OPEIU) Local3 organizing drive at Golden Gate University. In March 1980, OPEIU won the National Labor Relations Board representation election, but Golden Gate University refused to bargain. Now the University is planning to call for a new election which is expected to decertify the union--most of the original activists have left the school to do other things.

Although these drawbacks to organizing attempts are discouraging, remaining unorganized is certainly not a better alternative. Individuals facing the myriad of authorities and hierarchies on their own are easily picked off one by one.

Successful attempts of clerical workers to organize themselves will depend, in the first place, on spontaneous and ongoing communication between large numbers of people in many different workplaces. Coordinated actions must be conceived and achieved; self-reliance and mutual aid developed; goals, strategies and tactics will have to be vigorously discussed--rather than left up to the decisions of union or governmental leaders. New forms of allocating responsibility must be established, forms that do not depend upon representation, leaders and bureaucratic maneuvers. This massive, qualitative change will not be an overnight process (although it could happen sooner than one might think). It is towards this change that we should direct our efforts. 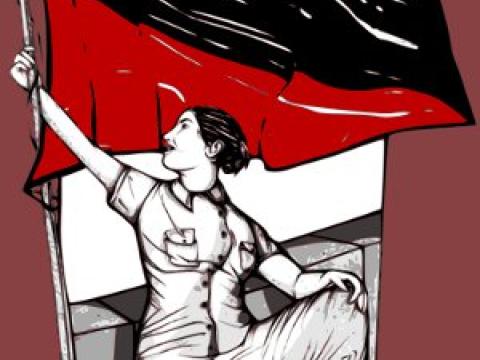 Over the past year, it's become increasingly evident that the branch of the civil servants' union…
Image 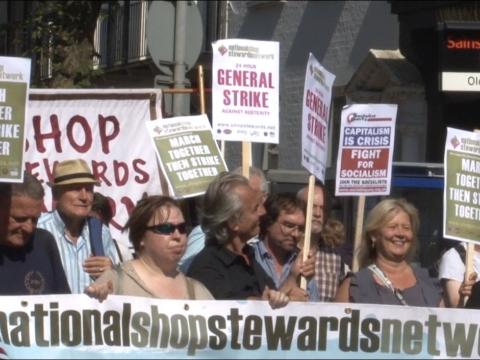 A follow on to my post Lobbying for the limited yet impossible, now that the Trades Union Congress has voted in favour of a motion on calling a…
Image 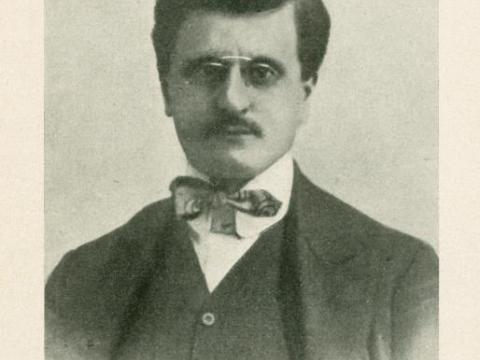 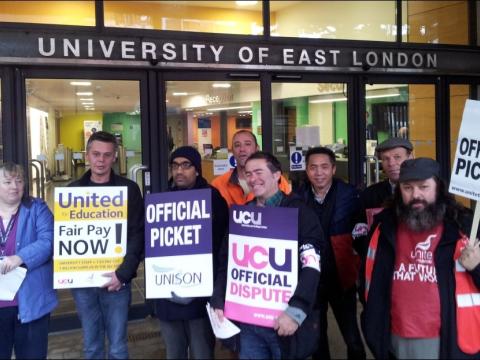