Shifu and the possibilities for Chinese Anarchism

An article about the life and political development of Chinese anarchist Liu Shifu and his impact on the early Chinese labour movement.

In July 1914, the Shanghai Association of Anarchist Communist Comrades published its statement of principles, concluding with the resolution that, "the implementation of anarchist communism depends on the strength of our party. If we wish to increase our party's strength, uniting as a whole body and advancing together is our most important task today. Wherever they are, all our comrades should unite with those who share the same purposes and establish groups in free association.” The key member of this group was a Chinese anarchist known as Shifu who was to die a mere nine months later. Although the group carried on after his death, the core concept of this paragraph was never to be implemented.

Edward S. Kreb's 'Shifu, Soul of Chinese Anarchism' is a study of the life and politics of Liu Shaobin, the man who would later take the name Shifu. Like many of the first generations of Chinese republican revolutionaries, he was born into an elite family and began his political engagement as a radical nationalist involved in assassination politics. Following a premature explosion in Hong Kong, he was jailed in 1907, and began reading 'New Century', a journal produced by a group of Chinese anarchists in exile in Paris.

His conversion to anarchism was not immediate and on his release from prison in 1910 he returned to nationalist assassination attempts. In October 1911, his group played a key part in sparking the republican revolution when they assassinated General Fengshan with an enormous bomb on the streets of Guangzhou and within a couple of weeks Liu was riding into the city at the head of an army of 10,000 revolutionaries.

The republican revolution ended the Manchu dynasty's centuries of rule, but, like many revolutionaries, Liu rapidly became disillusioned with the regime that followed. As happened in the preceding generation to the European left republicans, this led him and others to break with republicanism and become anarchists. Assuming the name Shifu, Liu made the break with a group of comrades at a retreat at West Lake in Hangzhou, forming the 'Conscience Society.’

This organisation oriented itself towards engagement with the Socialist and Chinese Socialist Party, both mass organisations whose programs already contained many anarchist concepts, and this can be seen in the Conscience Society's program, which outlined rules that would make better revolutionaries, including proscriptions on everything from eating meat to joining a political party. This concern flowed from the experience of the corruption of the revolutionaries that made up the new regime but also because the anarchists over the past decade had put forward a critique of traditional elite Chinese culture that would culminate a few years later in the New Culture Movement. Shifu’s initial activity was taken up with polemics over the nature of socialism with the leaders of the Socialist parties, and later, with a Buddhist Monk called Taxiu, he attempted to win over one of the largest monasteries to anarchism, reform movements in Buddhism in the period suggested the possibility of winning over large numbers and resources to the anarchist movement. Taxiu was a significant figure because he was one of the few revolutionaries from that period who was from a proletarian background, most were the sons and daughters of the elite.

In the summer of 1912, Shifu organised the Cock Crow Society in the province of Guanghzou and began a phase of more widely-directed propagandism and education, publishing anthologies of anarchist writings in print runs of 5000, as well as teaching Esperanto . At that time, Guanghzou had a very radical republican government which had banned foot binding and its main figure, Chen Jiongming, was very influenced by anarchist ideas. The aftermath of the republican revolution and the huge size of China meant that for a period local government could carry out such radical experiments before the imposition of the central state and the warlord period that followed brought an end to this period. Although Jionming forbade Shifu from his distribution of anarchist anti-militarist texts among the soldiers, but his tolerance allowed the group some space to develop until he was replaced in 1913 by Long Jiguang, the personal appointee of republican ruler Yuan Shikai.

The politics of the group rapidly developed in this period and the first 'Cock Crow Record', published late in the summer of 1913, listed communism, labour unionism, opposition to militarism, religion and the family, vegetarianism, language unity and world community as its goals.(1) Parts of China were then under foreign occupation, and Shifu argued for a worldwide people's revolution to end western imperialism, insisting that the national revolution against imperialism should not have priority.

Following the arrival of Long, Shifu’s group fled to Shanghai in February 1914, where they established the Association of Anarchist Communist Comrades. Here they were visited by the US anarchist Alexander Berkman and the Japanese anarchist Yamaga Taiji. In Shanghai, the Association published ‘The Voice of the People’ setting out the goals and methods of the Anarchist-Communist Party(2), a complete anarchist communist program for a new society.

In the pages of ‘Voice of the People’ Shifu advocated the methods necessary to reach that society. He emphasised the production of propaganda to spread an understanding of anarchism alongside anarchist involvement in acts of ‘resistance’, such as strikes, and in ‘disturbances’ like riots and insurrection. These methods would build momentum towards the "the great revolution of the people", leading in turn to the "great world revolution." Shifu suggested that this revolution would start in a European county, naming Russia as one possibility, predicting that then, "Labour unions will strike, armies will mutiny, and the European governments will fall one after the other; our people in North and South America and in Asia will also rise in rapid succession." (3)

By October 1914, 'Voice of the People' was reporting on strikes in Shanghai, and although Shifu became sick and died early in the following year, his comrades carried on the struggle, and 'Voice' reported on the Shanghai foundry and textile strikes of 1916. In early 1917, members took jobs in the tobacco and shipping industries, as both an entry into the labour movement and from economic necessity.(4) Liang Bingxian went on to found the journal Labour in 1918 which declared "It should be workers themselves who organized, from the bottom upward and from locally outward. There should be no leaders, only those who take care of business; the principle of equality should be upheld. Labour organization should be for the ultimate purpose of social revolution, not to achieve political power."

Shifu was seen as one of the key influences on the New Culture Movement that erupted in the aftermath of World War One, and the ideas that he and other Chinese anarchists had advocated became the Movement's core program. Even Mao acknowledged him by name in 1919. However the aim of 1914, of uniting all the anarchists who shared a common purpose never materialized. The number of Chinese anarchists grew massively but they remained divided into tiny and more or less informal groups that were incapable of combating the rapid rise of the Communist Party from 1923 on which meant that many ended up choosing between the two main organized groups when the bloody split happened between them in 1927, the nationalist KMT and the Leninist CCP.

Further reading
A much longer article on the Chinese Revolution by the same author appeared the North Eastern Anarchist 14. A version of that article can be read online at http://anarchism.pageabode.com/andrewnflood/anarchist-history-chinese-re...

This article is reproduced from Anarchist Writers 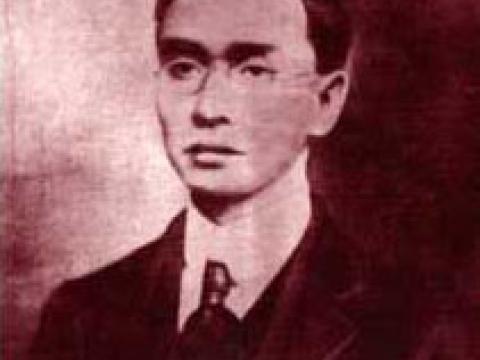