An article about the 'Wheatland Hop riot', which was a confrontation between striking farm workers affiliated with the IWW and local hostile police.

Nels Nelson has “hanged himself ” (we quote) in his lonely cell at Marysville jail — Nels Nelson with one arm shot off by a deputy sheriff on Wheatland’s “Bloody Sunday.” Sixteen-year old Edward Gleaser has disappeared after being technically released by the prosecution to prevent his uncle from regaining possession of the boy through habeas corpus proceedings. Where is the boy? Are the Burns sleuths hiding him, or, possibly, has he like Nels Nelson passed beyond the cowardly mockeries of Justice as it is administered in Yuba County?

These, the most recent developments in the Wheatland cases, of which the first case comes to trial January 12 [1914], are somber as the whole story of the Wheatland trouble. There is but one bright spot in that story — the superb solidarity shown in the strike which preceded the sheriff ’s raid, when a motley crowd of Swedes, Mexicans, japanese, Syrians, Americans, and other nationalities, men, women, and children, stood as one man for decent human conditions and a living wage. The fear inspired in Ralph Durst by that solidarity was the unacknowledged cause of the sheriff ’s raid incorrectly known as the Wheatland riots.

On August 3 of this year the small army of workers on the Durst hop ranch at Wheatland, Yuba County, California, met to protest against their conditions and pay. Two thousand, three hundred in number, men, women, and children, they had answered the flowery advertisements for hop pickers published by the Durst Brothers. Arrived there, for their accommodations they found six toilets; water lukewarm and polluted by nearness of refuse and garbage and furnished meagerly under a temperature registering daily 110 degrees (one of this thrifty family sold acetic acid lemonade at five cents a glass to the hop pickers in the field). Their pay was disgracefully small for the Dursts saved the expense of high pole men to pull the vines down, demanded extra clean picking, and exploited the workers further under the infamous bonus system. Most of the strikers’ demands covering the above abuses Ralph Durst parried; he flatly refused the increase in pay. He was given time for further consideration, the strikers awaiting his answer.

But Durst feared their solidarity, so he sent his answer — the sheriff of the county, the district attorney, and two automobiles filled with deputies, with guns full loaded and hearts bitter with scorn of the homeless man, the “blanket stiff,” and his comrades in toil. Against the law he represented, the sheriff ordered the perfectly peaceful meeting the strikers were holding to disband. Without protest the strikers descended from the platform. Crazed with power, however, someone among the capitalist-owned posse fired his gun — Mr. Durst testified it was Sheriff Voss himself. The sheriff dropped his gun; a Puerto Rican striker seized it. In the melee following a young Englishman and the Puerto Rican were killed, also two of the attacking party, the district attorney and a deputy sheriff, while a number of others, including the sheriff, were wounded.

With a twinkling, the craven hearted deputies, ready enough to fire on a defenseless crowd which included women and children, fled to their automobiles, leaving their dead and wounded to the miraculous gentleness of the strikers. This is the story of California’s “Bloody Sunday.”

Answering the call of the cowardly and bloodthirsty county authorities, the militia was rushed to Wheatland — authority given by Governor [Hiram] Johnson for calling out the entire state body. Victims of Bloody Sunday’s outrages were arrested. The hop fields were searched minutely for guns; none were found — the “blanket stiff ” knows better than to carry them, and women and children do not (as yet) run around even industrial America with revolvers. It remained for the Burns Agency to “find” guns.

It is to the methods of the prosecution in Yuba County, however, and the methods of the Burns Detective Agency, that we would especially call your attention. Then, if the court in Yuba County refuses a change of venue, as the violent talk of the county indicates, you will be able to see what kind of justice these Wheatland victims are likely to receive.

No sooner had the sheriff ’s posse made its raid, then the Blood Hunt began on William J. Burns’ field of dishonor. Dollars blew the bugle, the smell of human blood drew the Burns carrion lovers. Even into other states men were hunted — innocent men, wanted as witnesses only. From one town and jail and hotel to another they were dragged — Suhr, Nelson, the lad Gleaser, and others, that the prosecution and its agents might the more safely torture, beat, drive mad, and lose them beyond all tracing, to their friends. Everywhere the Burns ruffians had the freedom of the jails, for they are the servants of the Money Lords! No act was too inhuman which might wring from the broken bodies and nerves of men too honorable to be bought, fake confessions against themselves or their fellows.

Again and yet again counsel has been denied the Wheatland victims. They have been kept in jail for as long as 60 days without being taken before a magistrate as the law demands. Suhr, who had been tortured into attempting suicide in Alameda County Jail, was prevent by Prosecuting Attorney Stanwood and other so-called officers of the law from filing complaint against his assailants. Counsel has been repeated denied the right to see their own clients, and thus far no notary has been found in Yuba County courageous enough to take the prisoners’ depositions. The short-hand reporter is not allowed to take their statements and representatives of the press are barred from seeing them.

Such is law and order in Yuba County, in the State of California. We put it to you — Would any jury in Yuba County dare acquit these innocent men?

The defense, working against these well nigh insurmountable obstacles, is in great need of funds — money needed for immediate use. During the trial the witnesses for the defense, workingmen, ill paid and irregularly employed at best, must be housed and fed. The working class cannot subpoena men from its own members and leave them to starve.

Calgary 1919: The Birth of the OBU and the General Strike - Eugene Plawiuk

Eugene Plawiuk's history of the Calgary general strike of 1919, which started off as a sympathy strike for the Winnipeg general strike and soon escalated into their own struggle for union recognition. 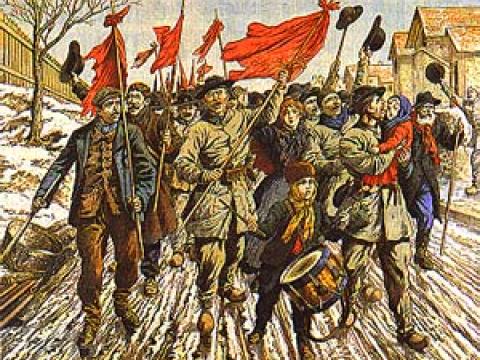 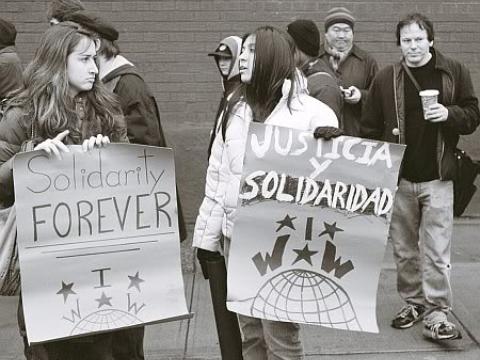 How the IWW can contribute to Working Class Revolution