13th of February, a known Moscow anti-fascist Alexey Olesinov was
arrested in St. Petersburg with charges of “hooliganism”, related to
incident in Moscow club “Vozdukh” 17th of December.

The following statement (http://ru.indymedia.org/newswire/display/25991/index.php) on the event
was published by anonymous participant of the anti-fascist initiative
“Direct help” already 19th of December, but considering arrest of
Olesinov, we consider necessary to pick up the topic again.

Alexey had not anything to do with this fight, but it is now used as a
pretext to imprison him. It is obvious, that “Anti-extremist center” and
FSB are now revenging the fact, that they could not jail him for a
longer time back in 2009, when he was framed up last time. It is
obvious, that real reason why officials are after him, are the
anti-fascist activities of Olesinov during last decade.

Old version of our website is currently unavailable, but some background
information on the court case of 2009 is available here:
http://libcom.org/news/moscow-anti-fascist-jailed-his-beliefs-25042009.
Fresh news on topic will be available with tag
http://avtonom.org/en/people/aleksei-olesinov

Story of the events in club “Vozdukh” is useful not only in order to
once again see, how much official version may differ from real events,
but also to demonstrate to all owners of Moscow clubs, how short-sighted
it is to employ people with far-right views to security, as they have a
tendency to provoke visitors, which will eventually lead to property
destruction and other trouble.

Currently, Aleksei is remanded, and next time court will decide on
continuation of imprisonment in prior to court 18th of March. You may
donate to legal costs of Olesinov through Anarchist Black Cross of
Moscow, more details on how to do this are available here:
http://wiki.avtonom.org/en/index.php/Donate

Rage of subculture (first-hand account of a participator of “Direct
Help” on events in club “Vozdukh”).

On Saturday 17th of December, I became an unwilling witness of incident,
to which disappointed audience of the festival “East Beat Fest” took
part in club “Vozdukh”, which is located at “Nizhni Susalny” side-street
of Moscow. I came there to relax in a friendly atmosphere, and to listen
my favorite bands.

In middle of the concert, two new persons came to work for the security
– during first part of the concert, security was done by two older guys
with t-shirt “security” in a shift. Visitors of the club and
participators of the concert immediately paid attention to new security,
as they were provoking visitors. They were demonstratively wearing
“travmat”-pistols (a popular Russian self-defence weapon, which shots
rubber-coated metal bullets), another hand had a tattoo with tsarist
black-golden-white flag, and letters CSKA. Guys immediately admitted,
that they are “listeners of patriotic rap”, and in their youth they did
“trashed some blacks”. Their work consisted of gathering bottles of
mineral water from and random harrassment of guests of the concert, the
same time they attempted to annoy organisers by bragging that they were
ultra-right football hooligans, and members of such notable hooligan
firms as “Yaroslavka” and “Gallant Steeds”.

After a number of verbal conflicts with spectators, new security started
to complain, that people are going in and out with weapons – this
although nobody refused from being searched, and security could not find
any weapons during searches. Meanwhile, concert went on, and when
headliners, Engage At Will from St. Petersburg and unsubs from Kirov
were supposed to perform, a fight between two spectators took place in
second floor of the premises. Four persons from the security immediately
ran to second floor, where they found two participators and their
friends, who were currently negotiating in order to resolve the conflict
peacefully. Security grabbed first person they saw, and attempted to
push him down the stairs. His friends stepped up to defend him, and did
not let him be pushed down the stairs.

After a long and heated debate, security withdraw, promising to solve
issues with spectators in the street. They went to complain to
art-director of the club, claiming that in second floor “everything was
smashed”. Art-director decided to halt concert prematurely. Band members
attempted to negotiate, as it was mere half hours of remaining showtime,
but director threatened them with police. Organisers promised, that they
would be ready to negotiate with police as well, but managers of the
club asked everyone to disperse, and organisers to gather their sound
system. Organisers agreed, and started to disassemble sound system. I
did not witnessed what happened next, but I heard this from my punk
acquintances, who helped with disassembling the sound system.

They told that security did not let some of the people to the street,
promising that soon their “directors”, “mafia” and “Yaroslavka” will
come, and that they will settle their disagreements with organisers of
the concert. At that point, organisers had already left the premises
with part of the sound system. People, whom security attempted to hold
as hostages, refused to stay and wait for whatever there was to come,
and headed towards exit. At this point, security grabbed his “travmat”
and started to shoot at the crowd. This resulted a stampede at the exit,
as people panicked after the shot, some windows got broken either due to
stampede or due to shooting. How one of the armed securty personell got
beaten up (and according to mainstream media, also shot with “travmat”
gun and stabbed” - editorial collective of avtonom.org), is unclear.

But it is obvious, that conflict was provoked by security, or as they
now claim in the media, “administrators” of the club. And they were the
ones who escalated the conflict, by grabbing their guns and shooting at
the people. Now wounded security promises to “give any kind of
testimony”, in order to save their arses. And they accuse anti-fascists
for escalation of the violence. Obviously, that such people feel that
any subcultures pose a threat to them, as nobody will never accept the
ridiculous ideas, with which security of the concert associates itself.
As for the administrators of the clubs, we recommend them to pick up
their cadres more carefully, and also to take account wishes of the
organisers of the concerts, and also to follow conditions of the
contract until end of the concert, otherwise their profits will
disappear as smoke to the air due after a reaction of discontent public.

A member of “Direct help”.

For pictures and video (in Russian), check original at

Alexey Sutuga, anarchist, anti-fascist and the member of "Autonomous Action" was arrested on Tuesday evening, April 17, in Moscow. It happened during fundraising effort in support of anti-fascists prisoners. It became aware almost after a day after arrest that Alexey is now in the remand prison number two which is also known as "Butyrka".

In spring of 2012, anti-fascist movement of Russia has been targeted with new repressions. An excuse for the repressions was an incident in Moscow club "Vozdukh", where 17th of December, during a punk-hardcore concert, a conflict between public and the security took place. Security of the club consisted of supporters of the far right, and were provoking guests. Due to conflict, concert was got halted prematurely,… 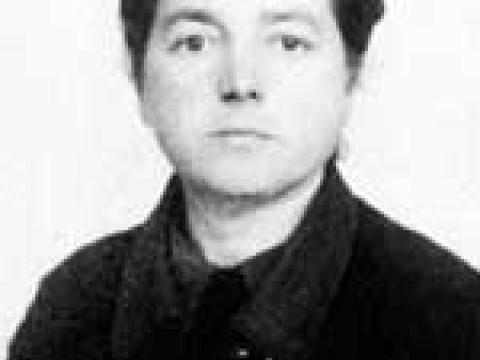 A short biography Ida Mett, Russian anarchist and author of The Kronstadt Commune about the uprising against the new Bolshevik dictatorship…