Kashmir: Amidst gun battles between Indian state and the separatists half a million workers assert their class identity

Article by Communist Internationalist, ICC section in India, about the class struggles which have developed in Kashmir despite all the nationalist conflicts which have ravaged the region

For many decades two contending gangs of the capitalist class have been busy shedding the blood of the exploited population of Jammu and Kashmir in the name of ‘national unity' on the one hand and ‘liberation' of Kashmir on the other. This has turned this ‘valley of roses' into a valley of death, devastation, poverty and chaos. Hundreds of thousands of people have been violently uprooted and forced to flee Kashmir either through a process of ethnic cleansing against Kashmiri Hindus or a terrorized Muslim population in search of subsistence. The separatists and the Indian state have always tried to negate the very existence of the working class and smother its struggles with the mystification that there is only one struggle in Kashmir, the one that these two bloody gangs are waging.

And yet, the fact is the working class in Kashmir has tried determinedly to assert itself, especially over the last couple of years, and have carried out a number of major strikes and struggles.

Workers try to fight for their class interests

The current cycle of workers struggles in Kashmir can be traced to their combat in 2008. In March 2008, the state government owned JKSRTC (Jammu and Kashmir State Road Transport Corporation) declared that it is making losses as it has too many workers. Government declared its intention to reduce the number of workers and declared a VRS (Voluntary Retirement Scheme). But there were not many takers of VRS despite coercive tactics. The government declared that it cannot pay years of accumulated COLA [Cost of Living Allowance] and other back wages. In the face of these attacks on their jobs and the bosses' refusal to pay their back wages, workers tried to develop their struggles. Sensing the anger of workers, transport unions tried to sterilize their discontent by channelling it into ritualistic struggle - 2 hours walk out, march to government offices etc. Management and unions were able to put a lid on this discontent by the former making ‘promises' to consider workers demands and the later pretending to ‘trust' these promises.

More than a year later, the threat of redundancy had become more urgent. In the meantime, nothing had come out of management promises. Workers still hadn't been paid for months. Their back pay accumulated. The economic situation had also worsened with ‘food inflation' remaining above 16%. This provoked another wave of anger and militancy among transport workers. Toward the middle of 2009, there were a number of short strikes and demonstrations by JKSRTC workers. But SRTC workers were not able to unify their agitation and turn it into a wider strike. They were isolated from other sections of state workers. Unions were able to once again weaken workers resolve and dilute their anger through futile and theatrical rituals. For instance, instead of fostering a militant strike, unions asked workers to bring their children to demos with placards: ‘Pay salary to my papa!'. This may seem touching to a sentimental petty bourgeois, but it was not going to have any impact on the bosses and nor did it. Similar other futile agitations were used by unions to weaken workers resolve and arrest the momentum toward a wider strike.

But SRTC workers were not the only ones trying to resist the attacks of the bosses. Although SRTC workers' agitations expressed an effort to fight back, other sections of the state workers have been facing same attacks. All government workers have back pay accumulating from years that the government was not paying. For them, recurring agitations of transport workers acted as an impulse and a rallying point.

Half a million government workers go on strike

Since January 2010 government workers in Jammu and Kashmir had been trying to unify their fight around common demands - payment of back salaries, better wages, and regularisation of temporary and ad hoc state workers. These struggles were joined by ad hoc and temporary workers as well as teachers. Although unions were able to maintain control, it was an expression of the strength of the workers' mobilisation and their determination to fight that even the unions had to call for repeated one or two day strikes in Jan 2010. Four lakh fifty thousand (i.e. 450,000 - Ed) state government workers were involved in these struggles.

Although the unions did everything, they were not really able to stop the momentum toward more militant struggles. This became clear when state government workers again started pushing for strike action. The strike by 450,000 workers began on 3rd April 2010. The workers' demands were still the same - better pay, payment of back salaries - which now amounted to nearly 4300 crores rupees (i.e. 4.3 billion) - and regularisation of ad hoc and temporary workers. From 3rd April public transport was shut down, class rooms of state run schools were locked and all government offices were closed. Even district government offices were shutdown and administration was paralyzed.

Real face of the state exposed

Faced with this determined strike action by all its workers, the state began to show its real face - the ugly face of repression.

The state at first targeted what it thought the more vulnerable sections of workers. Government warned ad hoc and contractual workers that in case they continued to strike they will lose their right to be regularised. Day-workers will have to face same consequences if they become part of the strike. But threats were not able to break the strike.

Accelerating the repression, on 5th April 2010 Jammu & Kashmir government invoked the Essential Services Maintenance Act [ESMA] against striking state workers. The State Finance Minister said the government has been forced by workers to invoke ESMA and that striking workers would face one year imprisonment. Another Minister accused the workers of holding ‘society to ransom'.

But J & K Government is not the first or the only one to invoke this draconian law against striking workers and to use threats and blackmail to break strikes. In the last few months, central government and different state governments have shown equal eagerness to resort to repression against strike actions by different sectors of the working class in different part of the country. They have been equally ruthless in suppressing strike actions. All this goes to show bourgeoisie's fear of the working class and its struggles.

The J & K government did not sit idle after invoking ESMA. It continued to work toward sowing divisions among workers and resorted to further repression of striking workers. Processions and demonstrations were broken up by the police. On 10th April thirteen strikers were arrested. When workers tried to march to the city centre in Srinagar opposing the arrests of their comrades, police tried to break up the march and resorted to a baton charge. This resulted in clashes between strikers and the police. Despite this many workers managed to reach Lal Chowk where more workers were arrested.

Given reputation of Lal Chowk in Srinagar as the site of any number of gun battles between Indian state and separatist gangs, clashes between the police and striking workers there were no doubt exceptional. This fight back by state workers was like a declaration that amid all the gang wars of different factions of the bourgeoisie, workers have been able to preserve their class identity and are capable of fighting for their class interests.

Unions divide and demobilize the workers

While workers were trying to strengthen their strike and resist repression of the state government, the unions were busy dividing the workers. This they did under the garb of contributing to the strike. There are a number of unions among different sectors of state workers - unions of secretariat staff, JCC, Workers Joint Action Committee [EJAC], transport workers' union etc. While workers were already on strike since several days, each of these unions started to put forward their separate actions plans. Thus working to divide the workers and weakening the momentum of their struggle. JCC declared a further 7 days strike. Another declared another program. Amidst all these divisive efforts and state repression, the workers were able to sustain their strike for 12 days.

At the end of 12 days, one of the unions, EJAC declared it was satisfied with its talk with the Chief Minister and promises by the government. It directed workers to go back to work. Thus after 12 days of strike, workers once again have to make do only with the promises of the bosses and go back to work without any material gain.

The April strike by 450,000 J & K government workers was the largest workers struggle in the state in many years. Situated amidst the global spread of workers militancy, it was a product of accumulation of anger among different sectors of state workers over the years. Its way was paved by repeated short strikes and struggles by Transport workers, bank workers and others sectors.

Confronted by the totalitarian and violent ideologies of the Indian state and the separatists, the strike was a powerful assertion of working class identity and class unity. Despite its major weaknesses, this strike showed a different perspective than the one represented by the bourgeoisie. While all factions of the bourgeoisie in Kashmir represent a perspective of hatred, violent divisions, daily killings, terror and barbarism; the working class at the very minimum was able to show coming together of workers of different religions and regions fighting together, in solidarity, for their common class interests.

The setback that the strike suffered goes to show that next time the J & K state workers take up the fight, they will have to reject both the separatist and repressive unitarian ideologies, as they did this time. In addition they will have to see through the manoeuvres of the unions and realize that unions are not their friends. Instead, workers will have to take their struggle in their own hands and run it themselves. This is the only way to conduct an effective struggle.

But to put an end to a life of poverty, terror, violence and fear, they have to develop their fight into a fight for the destruction of capitalism and its national frameworks and to establish communism, the first truly human community.

I visited Kashmir in the summer of 1989 as a tourist. In Srinagar, a curfew was in place from 6pm to 6am. I was told that this curfew had been in place, without a break, for more than a year. People talked of being unable to even bury their dead. As I travelled around the city, the Government buildings that had been destroyed were pointed out to me. Shopkeepers told me how they viewed the region as a pawn of both Pakistan and India; some expressed a desire for Seperacy but most did not. Both Indian regular soldiers and Mujahideen were openly present on the street; military conflict between both was occurring regularly. One man told me how the Mujahideen had closed the cinemas and the liquor stores. I only saw one woman dressed in a sari and she seemed confined to a temple complex; previously the Hindi population had been quite large. I don't know what had happened that had brought about the militarization of the city but one got the sense of something cataclysmic. Was this state of siege in Kashmir the reaction by the State to the working class asserting it's class identity?

How the ICC is perceived by a very disillusioned ex-member. 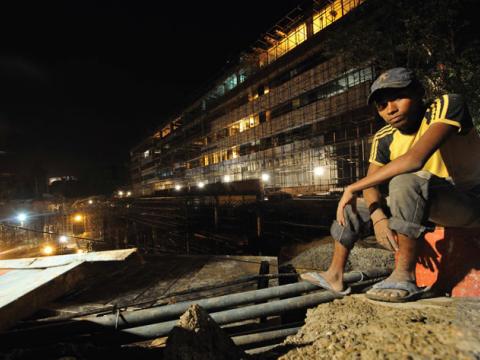 Commonwealth Games in Delhi: The reality of exploitation 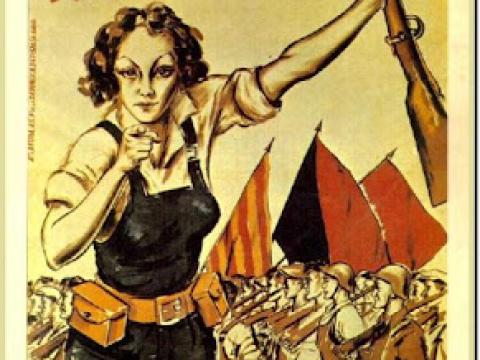