Tarnac: politicians and lawyers denounce "a criminal procedure under the cover of [fighting] terrorism"

At a press conference on Wednesday at the National Assembly, several deputies and three lawyers for the nine people indicted in the Tarnac Affair denounced "an affair of State, "a criminal procedure under the cover of [fighting] terrorism" and a State that is "more and more opaque."

Francois Hollande, Socialist deputy of Correze, has estimated that one "must close the case." "Nothing in the alleged facts qualify as terrorism and there is nothing that makes prolonging the investigation necessary," he affirmed, considering that "this affair has been a fiasco." It has been "an abuse of provisional detention," added Andre Vallini, a Socialist deputy from Isere, who spoke of "flight in the face of power and Justice" and an "affair of State."

Questioned about things in Tarnac, Correze, the nine people close to the sphere of influence called "anarcho-autonomous" by the police were indicted in mid-November 2008 in this affair, the qualification of which as "terrorist" has been debated. Five of the nine are suspected of having participated in acts of spite against the SNCF [high-speed train] lines.

The lawyers for the nine indicted people noted "a singularity that one doesn't find in any other similar dossier. Mr Thierry Levy[1] doubted "the authenticity of the testimony" and found the conduct of the police "suspect." He said, "One wonders if they haven't fabricated, forged these items, to give consistency to facts that do not exist."

At issue is a surveillance report, dated 8 November 2008, by a member of the Anti-Terrorist Police (SDAT). In it, Julien Coupat and his wife were supposedly seen, at night and for 20 minutes, on foot near one of the high-speed train lines that had been targeted. "At the end of seven months, this is the only piece of evidence that the elite of the French police have found concerning the Tarnac group," said Jeremy Assous.

"This would mean that an iron bar weighing 2.5 kilos had been resting upon one of the wires for 20 minutes, after someone climbed five meters to put it there," Mr Assous said. The lawyer for Julien Coupat explained that "it is impossible to get within 25 centimeters of these wires without being electrocuted immediately." According to him, "even agents from the SNCF require 45 minutes to replace such a wire."

"A simple visit to the presumably sabotaged areas would allow Judge Thierry Fragnoli to see that Julien Coupat and his companion couldn't have been there and that the SDAT's surveillance report is a fake," Mr. Assous declared. For him, "the police weren't there and they invented everything."

A witness known as X also confounds the presumed terrorists. "Ridiculous," says Mr William Bourdon. This witness "affirms having been manipulated" and "wasn't interviewed on 14 November 2008, as the dossier says, but on 13 November," the lawyer declared. "He was re-interviewed on 11 December and his declarations on that date contradicted his previous ones," he said, denouncing "a collection of manipulations and false evidence." The lawyer alleged that "People have been detained on the basis of his testimony."

On Tuesday, a new suspect was questioned in Tarnac in the framework of this affair.[2] The questioning of this 33-year-old man shocked the politicians, who remarked that he ran Tarnac's grocery store and had two children, four and six years old. The man who was questioned had already been placed under judicial supervision at the end of 2008 in the framework of this same investigation.

The lawyers for those indicted claimed that "the SDAT was using the logic of the riposte." They laughed that, "by questioning the loyalty of the investigators, they risked a new round of questions."

[1] In 1984, he served as Guy Debord's lawyer in his successful attempts to sue various French newspapers for defamation of character concerning their lies about the murder of Debord's friend, Gerard Lebovici.

(Associated Press, 25 November 2009. Translated from the French by NOT BORED! 26 November 2009.)
http://www.notbored.org/national-assembly.html 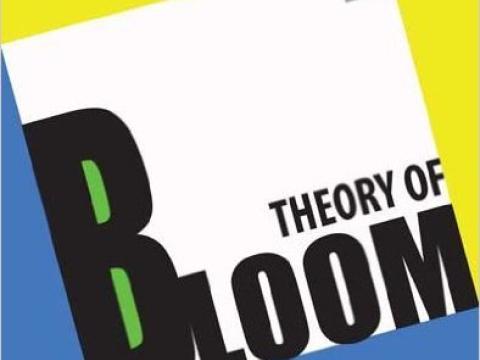 This book lays bare our social isolation and the conceptually simple, yet practically difficult, solution to it. This is a foundational text of…

Translation of introduction by Claude Guillon to his 2009 book, "Democratic Terrorization, on antiterrorism laws in France.

"Communique concerning this morning's arrest" from the 11 November Support Committee

The so-called evidence against the Tarnac Nine

Article from Liberation, published 25 November 2009. Translated from the French by NOT BORED!