Negotiations between the Trade and industry Department and the Trades Union Council wound up last month after an agreement was reached that existing workers would be exempt from plans to raise the age of retirement and sever the link between pensions and final salaries.

Despite TUC claims that the deal was a victory for union negotiators, and the standing down of preparations for a national strike, it will mean all new entrants to the sector will have to work under the conditions laid out in original government proposals.

Future generations will now have their pensionable age raised to 65 and their benefits reduced, leading to a full 1/3 pension drop in real terms for new entrants to the public services, according to the TUC's own calculations.

Coming in the wake of a massive defeat for Labour regarding the right to sympathy strikes, the agreement has sparked anger over the exclusion of future generations from its protection.

Dave, a retired member of Unison said: "The sore point is that the people I formerly worked with, and others yet to begin public sector employment, maybe disadvantaged because of governmental interference and the connivance of the union bureaucracy.

"I particularly hate the campaign to divide the country's workers into public and private sector, where the private sector is worse off as result of the public sector pension scheme.

"All I can say is watch this space. The fight goes on, but not from the upper echelons, but from the grassroots."

The deal was brokered by Trade and Industry Secretary Alan Johnson and TUC secretary Brendan Barber, who said: "This is a real change of heart by the government. [It] has accepted that today's public sector staff should not have their pensions promise broken."

The deal covers three million workers across health, the civil service and education, and effectively ends the threat of a general strike, which was strongly supported across the public sector.

Local government workers meanwhile have been left without the backup of the other sections of the public sector, and will have to negotiate separately with their local governmental employers.

It is the second time this year the strike has been called off, after public sector union Unison unilaterally dismantled the strike process ahead of the General election.

The government have claimed that the plan will save £13bn in the next 50 years. But the long-term nature of the agreement hasn't assuaged fears over the damage a pensions 'black hole' running to billions of pound will do now.

Many employees in the public sector already work until the age of 65, due to low wages within the service.

Workers across more than nine different unions are set to strike today over an attack on the local government pension scheme, with the Labour government planning to increase the age workers can retire at.
Image 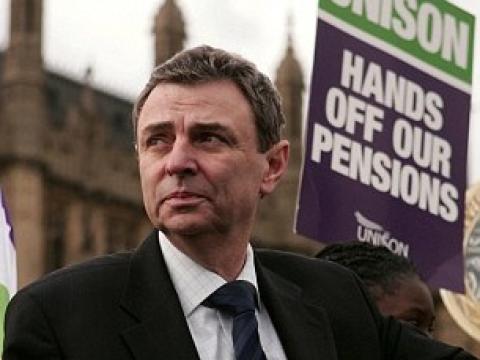 The anti-cuts movement is buzzing with talk of a coordinated strike on 30 June. But where is Unison, the public sector's biggest union in all…
Image 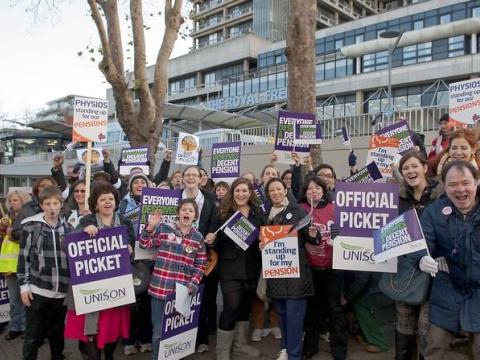