In 2006 reform to pension and benefit allowances spark a series of protests throughout the country. In response the government reversed its position the following year.

Turkmenistan is a country in Asia, located north of Iran and Afghanistan, with a population of approximately 6 million. President Saparmurat Niyazov came to power after the dissolution of the Soviet Union in 1991, and remained in power until late 2006. Under Niyazov’s rule, Turkmenistan’s economy declined, with frequent food shortages and mass unemployment. Because of the repressive nature of the regime, protests against the authoritarian government were few and far in between.

However, on January 25, 2006, President Niyazov introduced budgetary reforms that sparked small-scale protests throughout the entire country. The bill cut pensions entirely for 100,000 of the 400,000 listed pensioners, while reducing the amount paid to the rest of the pensioners by about one-third. This meant a loss to pensioners of, on average, $40 USD per month. The reforms also reduced sick and maternity leave benefits by 20%. These changes would affect entire families, as mass unemployment (unofficial figure of 80%) meant that the pensions from a family’s elders were often their main sources of income. Niyazov claimed that the cuts resulted from errors in the national census concerning farm workers.

The pension cut announcement caused several elderly citizens, all in their 60’s, to collapse and require hospitalization. However, the announcement also stirred others to action. Pensioners met in private to consider their options, and over 300 people met in public to discuss the issue. Women took to the streets to beg and sell what belongings they had. Many prepared to protest the reform, as they no longer had anything to lose. In early February, pensioners staged protests in the Ilyaly and Kunya-Urgench districts of northern Dashoguz province. On February 6, in the town of Turkmenbashi, pensioners marched on the local administration, and some even committed suicide in protest.

In response to media reports about the demonstrations, the Ministry of Foreign Affairs released a statement that criticized the Russian media for distributing “deliberately perverted” information and “twisting facts.” The Ministry claimed that Turkmen citizens were well taken care of with such benefits as free gas, electricity, drinking water, and salt. However, the statement did not directly address the negative effects of the pension cuts.

Due to the authoritarian government’s tight control on media coverage, there was little further documentation on the actions of the campaigners. However, one year later, in February 2007, Kurbanguly Berdymukhamedov became president after the death of President Niyazov. Berdymukhamedov restored the original pension levels and introduced new state benefits, such as one-time payments for each newborn baby and maternity benefits. The minimum pension is now $12 USD each month. 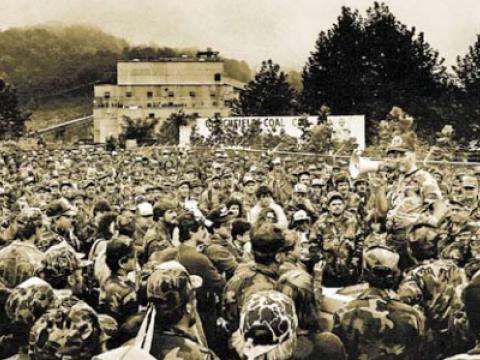 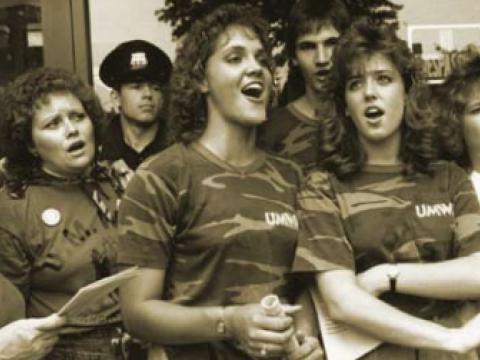 Article by the United Mine Workers of America, 20 years on from the 10-month-long Pittston Coal…
Image 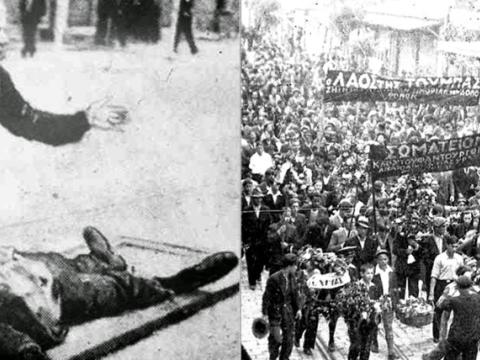 A general strike of the tobacco workers and other unions on May 8th 1936 led to the bloody events of May 9th. The police confronted the massive…
Image 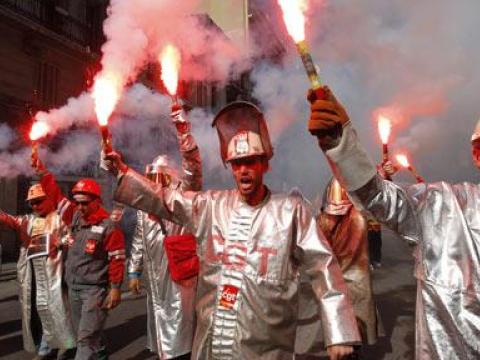 The movement against the French pension reform, Autumn 2010

An account, analysis and critique of the 2010 movement against pension cuts in France, by RS for Sic…