The “Women’s War” is seen as the first major challenge to British authority in Nigeria and West Africa during the colonial period, and took months for the government to suppress.

The Aba Women’s Riot, also known as the Women’s War, was an insurrection in Nigeria when it was occupied by the British to redress social, political, and economic grievances. The protest, which was organised and led by the rural women of Owerri and Calabar provinces, encompassed women from six ethnic groups (Ibibio, Andoni, Orgoni, Bonny, Opobo, and Igbo). The “Women’s War” is seen as the first major challenge to British authority in Nigeria and West Africa during the colonial period, and took months for the government to suppress.

The roots of the riots evolved from January 1, 1914, when the first Nigerian colonial governor, Lord Lugard, instituted the system of indirect rule in Southern Nigeria. Under this plan British administrators would rule locally through warrant chiefs, essentially Igbo individuals appointed by the governor. Traditionally Igbo rulers had been elected.

Within a few years the appointed warrant chiefs became increasingly oppressive. They seized property, imposed draconian local regulations, and began imprisoning anyone who openly criticized them. Although much of the anger was directed against the warrant chiefs, most Nigerians knew the source of their power, British colonial administrators. Colonial administrators added to the local sense of grievance when they announced plans to impose special taxes on the Igbo market women.

The women’s revolt was sparked after a dispute between a woman named Nwanyereuwa and a man, Mark Emereuwa, who was helping to make a census of the people living in the town controlled by the Warrant Chief, Okugo. On the morning of November 18, Emereuwa arrived at Nwanyereuwa’s house and approached Nwanyereuwa, since her husband Ojim, had already died. He told the widow to “count her goats, sheep and people.” Since Nwanyereuwa understood this to mean, “How many of these things do you have so we can tax you based on them”, she was angry. She replied by saying “Was your widowed mother counted?,” meaning “that women don’t pay tax in traditional Igbo society.”

The two exchanged angry words, and Nwanyeruwa went to the town square to discuss the incident with other women who happened to be holding a meeting to discuss the issue of taxing women. Believing they would be taxed, based on Nwanyeruwa’s account, the Oloko women invited other women (by sending leaves of palm-oil trees) from other areas in the Bende District, as well as from Umuahia and Ngwa. They gathered nearly 10,000 women who protested at the office of Warrant Chief Okugo, demanding his resignation and calling for a trial.

The leaders of the protest in Oloko are known as the Oloko Trio: Ikonnia, Mwannedia and Nwugo. The three were known for their skills in speaking, their intelligence and their passion. When protests became tense, it was often these three who were able to deescalate the situation, preventing violence. However, after two women were killed while blocking colonial roads as a form of protest, the trio was not able to calm the situation there, the police and army were sent to the town

Nwanyereuwa played a major role in keeping the protests non-violent. She was advanced in age compared to many who led the protests. Under her advice, the women protested in song and dance, using a traditional practice of censoring men called “sitting on a man”. To Warrant Chief Okugo, they sang “Ma O ghara ibu nwa beke mma anyiu egbuole Okugo rie” (If it were not for the whyte man we would have killed Chief Okugo and eaten him up.”).

As the revolt spread, other groups followed this pattern, making the women’s protest a peaceful one. Women came to Nwanyeruwa to get in writing the inspirational results of the protests, which, as Nwanyeruwa saw them, were that, “women will not pay tax till the world ends [and] Chiefs were not to exist any more.” In smaller towns, women used this method to force the warrant chiefs to resign their positions.

The women’s protests were carried out on a scale that the colonial state had never witnessed in any part of Africa. Ten native courts were destroyed, a number of others were damaged, houses of native court personnel were attacked, and European factories at Imo River, Aba, Mbawsi, and Amata were looted. Women attacked prisons and released prisoners.

During the two month “war” at least 25,000 Igbo women were involved in protests against British officials. About fifty-five women were killed and over 50 women wounded by the colonial troops. When the news got to Britain, many people condemned the development. The Foreign Office condemned it and a commission was set up to ascertain the development that created the problem. Unsurprisingly the commission made up of only British personnel came up with points absolving the British administrators in the area while blaming the development on helpless Aba women. However, the new administration under Governor Donald Cameron took into account some of the women’s recommendations in revising the structure of the Native Administration. Thus, the Women’s War is seen as the historical dividing point in British colonial administration in Nigeria with far reaching implications.

As a result of the protests, the position of women in society was greatly improved. In some areas, women were able to replace the Warrant Chiefs. Women were also appointed to serve on the Native Courts.

After the Women’s war, women’s movements were very strong in Nigeria. Many events in the 1930s, 40s and 50s were inspired by the Women’s War, including the Tax Protests of 1938, the Oil Mill Protests of the 1940s in Owerri and Calabar Provinces and the Tax Revolt in Aba and Onitsha in 1956. On two occasions British district officers were called and security forces forced to break up protests. During these occasions, at least 50 women were shot dead and 50 more wounded. The women themselves never seriously injured anybody against whom they were protesting, nor any of the security forces who broke up those protests.

By Meserette Kentake, reproduced from http://kentakepage.com/the-aba-womens-war/ 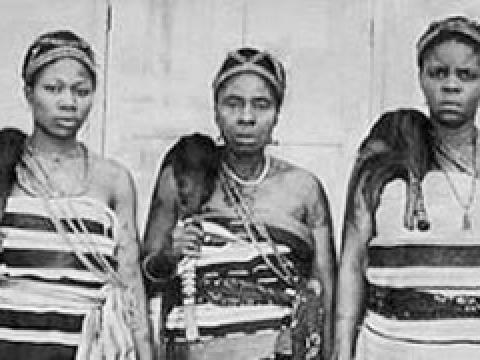 Short history by Lorna Lueker Zukas of the Aba Women's War of 1929-1930 against social, political and economic grievances with British colonial… 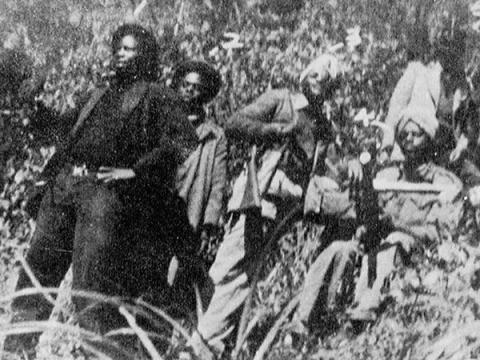 A short overview of the Mau Mau rebellion against the British Empire in Kenya, which was brutally suppressed by the colonial administration. 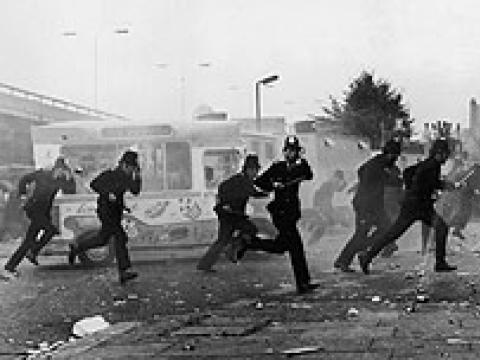