Despite the ACAS offer award being significantly below the official rate of inflation (let alone the real cost of living) and just 0.3% above the employer's offer, UNISON were unable to hide their delight at the end of the dispute. The union's press release stated:

"Unions representing 1.3 million local government workers in England, Wales and Northern Ireland, have welcomed an ACAS award of an additional 0.3% pay rise, bringing the 2008-9 pay increase to 2.75% on all pay points. An extra £100 had already been agreed for the lowest paid.

UNISON, UNITE and GMB had been involved in a long-standing dispute over pay, including strike action, last year. They had rejected previous offers and referred the dispute to binding arbitration. The award is backdated to 1 April 2008.

In a joint statement, UNISON, Unite and GMB, said: “We welcome the fact that ACAS has accepted our arguments that members should receive a higher pay increase. “ACAS stated that the award is ‘justified and affordable in the context of the claim for the year 2008/2009’."

One disgruntled UNISON member commented "this is unsurprising. By referring the dispute to ACAS UNISON took the decision completely out of the hands of the members who will have no opportunity to vote on whether to accept the deal or not.

"This year the situation is likely to be even worse if workers leave negotiations in the hands of the unions - their pay rise they have requested is only 0.1%!."

Another UNISON member, from the South East of England, added "Once again UNISON has shown how seriously it takes fighting for their members wages. They did everything in their power to stop any action happening, and as soon as it did moved to disarm it when it did happen. We need to be prepared to force the issue in the next round of pay negotiations - we only need to look over the sea at Ireland, where wages have actually been cut to see what the government would love to do to us here. Like usual, it's the people providing front line services who are being asked to pay for someone else's mess. The government will use the current crisis as an excuse to try and keep wages down - we need to turn this around and say no - the rising cost of living means we need more, not less."

Hi
as a branch officer at unison we are quite please that we have recieved something, after members striking for two days. these long and protracted negotiations have not been great for the single status unions. the whole point was to push for an early settlement, and not be discussing further strikes over the xmas period, like we were on the previous dispute. by being dragged to ACAS, it meant that we were still arguning over the wording used for the joint statement, in January. members have not been happy with the way things have progressed, and we will certainly have to work hard as branch officers to get a similar turn out within local government in future disputes. there is no doubt that the local government employers are looking for a fight. have a look at the Local Government Association website, where they state that the .3% increase (we have already recieved 2.45% before ACAS) would lead to job cuts in essential services. there is no doubt that they intend further cuts to services provided to communities, whilst the bankers enjoy private health care, extra contractual insurance schemes, and massive pensions for failure. public sector workers have been accepting pay cuts for years, by the way of below inflation pay deals. we have also suffered privitisation, casulisation, and efficeny savings year in and out. we all need to get down to London on the 20th and fight for jobs and services, because they are our services and we need them to be in good shape with well paid motivated staff, ready to work on collective basis when it finally becomes apparent to all that local government in its present guise is not fit for purpose, and is certainly not democratic.
anyway, enough of me rant, i am going to blow my pay increase on a packet of mints.
onwards and upwards

Hi its me again.
the march for jobs and services is on the 28th, in line with the G20. sorry for any confusion, on my part
onwards and upwards 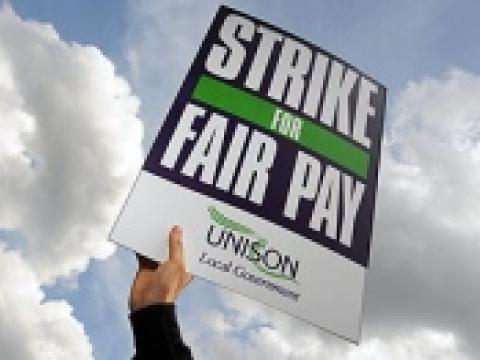 20,000 GMB, UNISON, AMICUS, TGWU (Unite) and UCATT members will strike alongside teachers and lecturers against council plans to use ‘Single…
Image 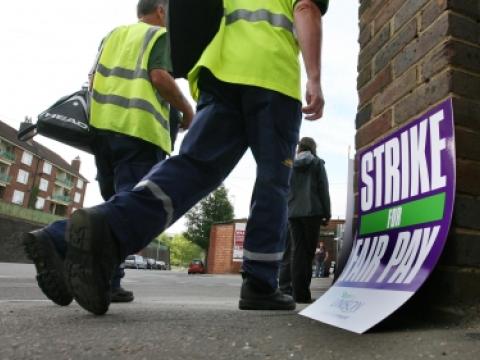