Ada-Kaleh: the Balkan Island Where People Once Lived with no State or Masters

As soon as it leaves the Iron Gates [1], the Danube river spills widely to the east. Approximately 3 km east of the Iron Gates, about two km southeast of the town of Orshova, and just south of the Romanian border town of Varchiorova, there is a fairly large island that divides the course of the Danube into two almost identical high-water branches, which afterward rejoin. At the western end of this island, there is a town surrounded by three belts of bastions with high ramparts. This is the town of Ada-Kaleh, a former first-class Turkish fortress.

According to the Treaty of Berlin from 1878 [2], the border between Hungary and Romania on the one hand, and Serbia and Bulgaria on the other, runs along the Danube, i.e. along its course, which serves for shipping; and because ships sailed equally on both sides of Ada-Kaleh, under the treaty the island was left outside the borders of the neighboring states of Hungary, Serbia, and Romania. According to the same treaty, all fortresses on the banks of the Danube were to be demolished. One fine day in 1878, after the Turks had lifted their artillery, their garrison, and police from the island, Ada-Kaleh - left outside the borders of the neighboring states, - dawned without any authority.

I visited this island in April of the present 1898 year. The island is about three kilometers long from west to east and about one kilometer wide from north to south. Its entire area outside the fortress is workable land - fields and orchards, well cultivated and maintained. The inhabitants of the town of Ada-Kaleh are Turks, numbering 3500-4000 people; their livelihood is mainly based on providing coffee and services to Danube’s passing ships, as well as to the boatmen from the port of Orshova, and the rest - partly farmers, partly merchants; all, without exception, are smugglers. The settlement is a typical old Turkish town, with narrow and crooked streets covered with cobblestones; the market is a Turkish bazaar - with low shops that close with shutters; the shops are filled with goods that are sold at very low prices because they haven’t been subject to customs duties and tolls. The streets of the town and those of the bazaar are swept and kept extremely clean.

Apart from the school and the mosque, there was no other institution in town. There is no mayor, no governor, no bureaucrats, no army, no police, no customs officers, no prison, no court, no taxes. All inhabitants decide on the needs of their town at a general assembly; the decided monetary sums are collected from those present at the assembly; the latter is the place where disputes between inhabitants - something that happens extremely rarely – are being resolved.

As would happen everywhere in such circumstances, in the first few days after the sudden withdrawal of the Turkish military and civic authorities from the island, some of the inhabitants resorted to looting. The population, however, gathered and brought the robbers before the general assembly, which compelled them to return the plundered things; this seemed so disgraceful to the robbers that there has been no theft, robbery or arson on the island ever since.

The people of Ada-Kaleh are very helpful, hospitable, kind, and cautious. Private property exists as it existed before, without however to interfere with the free and respectful relations between the inhabitants.

There are 427 years between the time of Sultan Mohammed II, when the ancestors of the present-day Ada-Kalehans settled on the island, and 1878 when the Turkish military and civic authorities left it; generation after generation, the people of Ada-Kaleh lived and died with the idea of the necessity of authority and the State, ready to sacrifice themselves for the latter at any moment; most of the current inhabitants of the island lived in privileged conditions under Turkish rule. But after living only twenty years of truly free life, they were unable to understand what authority and the State are needed for.

In July this year, a Hungarian army landed on the island and captured it. Now in Ada-Kaleh, there is a municipal government, there are officials, officers, a mayor, a governor, a commandant, there is a police station, a court, a prison. Now the residents want permission for everything, they pay fees and taxes for everything, the government collects fines from them for everything. The inhabitants of Ada-Kaleh are no longer free people, but Austro-Hungarian subjects.

Thus the freedom of Ada-Kaleh was suffocated quietly, with the tacit approval of neighboring countries, because Ada-Kaleh - this small island town - posed a great threat to all countries and all authorities: there people were not developing theories on antiauthority, no books and pamphlets were written to explain how the life of a free society will be arranged in the future; there freedom was practiced in the present, in the most natural way, by ordinary people.

Notes from the Translator:

[1] The Iron Gates is a gorge on the river Danube. It forms part of the boundary between Serbia (to the south) and Romania (north).

[2] The Treaty of Berlin was signed in the aftermath of the Russian victory against the Ottoman Empire in the Russo-Turkish War of 1877–1878, with the major powers restructuring the map of the Balkan region.

The island of Ada-Kaleh was submerged underwater in 1970 during the construction of the Iron Gates hydroelectric plant, the largest dam on the Danube river, and one of the largest hydropower plants in Europe. 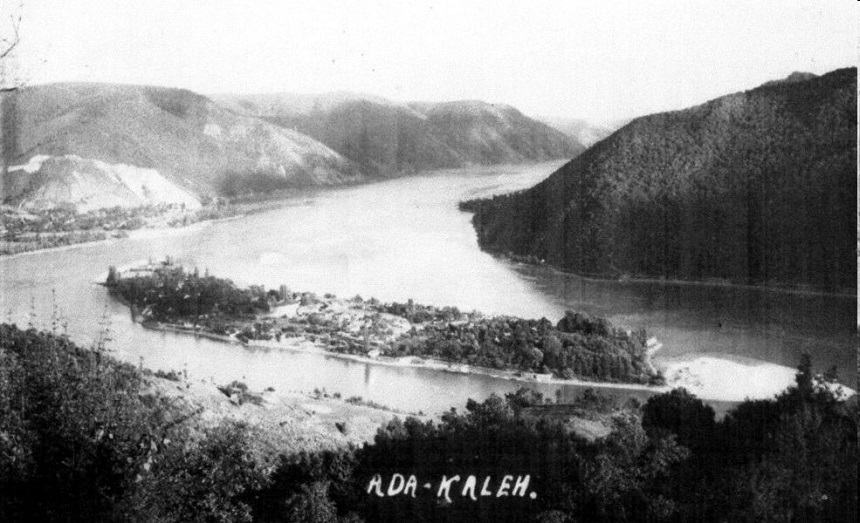 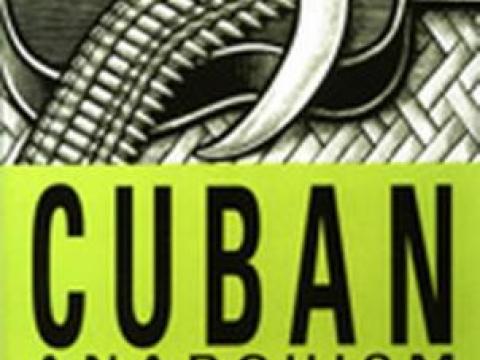 Frank Fernandez's 2001 book Cuban Anarchism: The history of a movement, which gives a historical…