As a post script to the series on 'tactical voting' strategies and election narratives, a critical look at two different parties at the more radical end of radical electoralism.

Although I've already dealt with the pitfalls of radical electoralism, there are two specific variants of it which I want to give a closer look. This is because these strategies are being pursued by groups which, on the face of it, know precisely the limitations of electoralism and trying to capture the state, yet carry on and do it anyway.

I'm talking about the Socialist Party of Great Britain (SPGB) and Class War, now rebranded as The Class War Party.

The SPGB has two unique selling points. First, that they were called 'The Socialist Party' first, despite it now being more commonly associated with the Socialist Party of England and Wales (SPEW), formerly Militant Tendency. And second, that they believe in a global socialist revolution driven by a party winning elections in order to dismantle capitalism from within parliament at the behest of populace which is overwhelmingly in favour of socialism.

Of course, establishing socialism is not just a question of voting for a socialist candidate and waiting for a majority of socialist MPs to vote it in (much as people do today who vote for a party which promises some reform of capitalism). People have to have organised themselves outside parliament into a mass democratic socialist party, into trade unions and other workplace organisations, into neighbourhood councils and the like. The socialist MPs would be merely the delegates – the messenger boys and girls – of the organised socialist majority outside parliament.

So, we have in mind a democratic, majority political revolution which begins with the winning of political power via the ballot box by a socialist-minded majority. The majority then uses this control of political power to dispossess the capitalist class, declaring all property titles, all stocks and shares, all bills and bonds, all limited liability companies and corporations null and void. This means that the means of production become the common heritage of all. The socialist majority can also co-ordinate the physical take-over of the means of production by people outside parliament, organised and ready to do this and keep production going1 .

To be fair to the SPGB, if they ever reached a position where they could win a majority in parliament, that majority would very clearly be a socialist one. Unlike SPEW which stands for election as part of the Trade Union and Socialist Coalition, SPGB's socialism isn't just social democratic policies with a quasi-radical veneer, but openly revolutionary workers' control.

However, this doesn't change the fact that building a mass movement beyond parliament and creating a party capable of winning a convincing parliamentary majority cannot practically be synchronised. For a start, there is the fact that not all of those involved in the former will agree with the latter - either due to opposing electoralism, or advocating a different approach to elections, or being in a different party. And vice versa, since you will equally have those willing to vote for socialism but not organise and fight for it. Then there is the fact that the conditions which determine peaks and troughs in class struggle and movement building don't necessarily overlap with those which lead to upswings in electoral fortunes.

Ultimately, a mass movement capable of enacting revolutionary change is likely to emerge far ahead of a party capable of forming a government on a ticket of socialism.

Even if this wasn't the case, the idea of taking parliament via elections is to make the revolution a peaceful one. But to think that such an overhaul of society can be done without violence is naive at best.

The SPGB try to argue that a coup could not work because "strikes, demonstrations and army mutinies would immediately break out and the whole thing would be over in a day or two." This isn't an answer so much as hand-waving. There is no way that a global revolution could happen entirely in unison, so the forces of capital would be able to call upon external military power if the internal military power had successfully been shut down. It is a fact that any revolution will have to defend itself militarily - there is no off switch for violence to be found within parliament.

The SPGB ask "If on the eve of the revolution a majority of the population are in favour of it and are organised to participate in it, why should they not demonstrate this by putting up their own candidates to oppose and beat those who do support the continuation of the capitalist system?"

The answer is threefold. One, because it's a massive distraction from the more pressing task at hand. Two, because its stated aim of making revolution entirely non-violent is a nonsense. And three, because if you want a system of recallable delegates, you should build that system rather than try to graft it onto a state apparatus that you in theory wish to dismantle.

Class War's reason for getting involved in the General Election at least has the benefit of not being as daft as the SPBG's2 . For the most part, they appear aware that they have no chance of winning and that if they did it wouldn't be a revolutionary moment. Rather, it is a propaganda stunt.

We are standing Class War candidates in the general election on May 7th 2015. We are doing this to launch a furious and co-ordinated political offensive against the ruling class with the opportunity an election gives us to talk politics to our class. We in no way see the election as an alternative to direct action. By the brick and the ballot.

I disagree that the election gives us a unique opportunity to talk politics. For a start, assuming so underwrites the illusion that politics is in the state rather than in everyday life. However, even were it true, why does that conversation have to involve standing candidates? 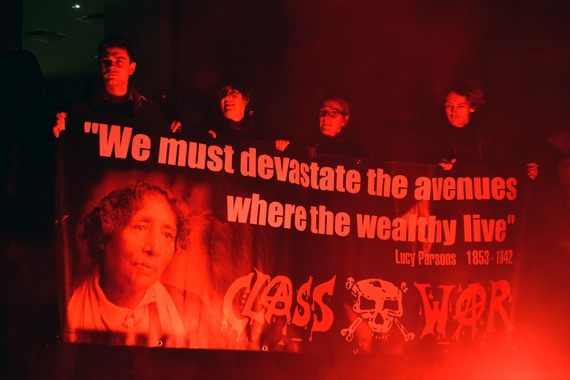 The main reason that Class War have gained headlines, and kicked up a serious political stink, is their campaign against poor doors. They gained a substantive victory out of it as well as airtime and column inches.

But that's not electoralism, it's direct action. That is precisely the thing which will give the ruling class the "short sharp kick in the bollocks" Class War are after. As Johnny Void puts it, "Find a weak spot, organise, and kick it till it fucking breaks."

An election campaign can't compare to that, and is indeed a distraction from it. 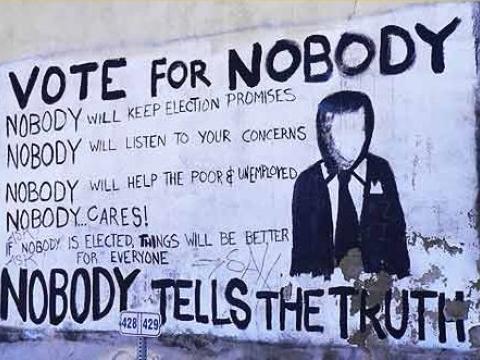 Active abstention isn't the answer either 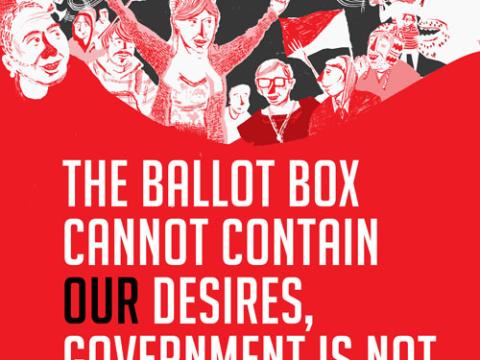 Waiting for the revolution? 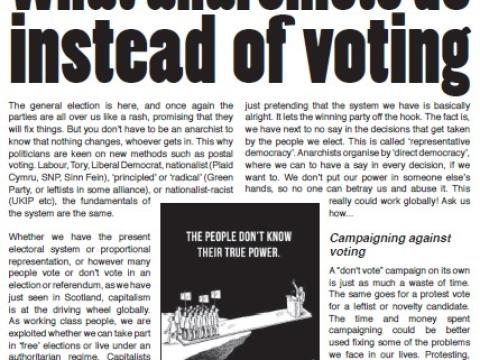 Special edition of the Resistance bulletin giving an anarchist view on the UK 2015 general election.
Image 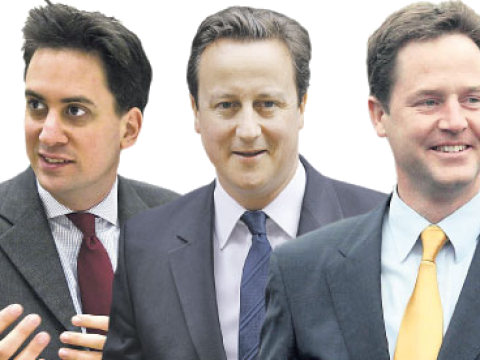 Most of the arguments against voting point out (rightly) that it achieves nothing. This is reflected in slogans such as "if voting changed…