Some reflections on anarchism, nationalism, war, and peace, spurred by recent events.

1. “The true cause, the trigger, the author of this war, is therefore not any particular State, but all the States that pursue an imperialist policy and seek to expand their territories: Germany, England, France, Austria-Hungary, Russia, Belgium and Japan; each one separately and all of them together are its cause.” - Herman Gorter, ‘Imperialism, the World War and Social Democracy’ (1914).

Imperialism is not simply the “bad behaviour” of nation-states, like the US or Russia. It is the logic of a world divided into nation-states within the competitive logic of global capitalism. As competing zones of accumulation, nation-states are inexorably led into violent competition with one another, in the struggle for resources and power, regardless of whether they are led by hawks of doves.

2. Nationalism rests on the claim of a particular people, with a shared national identity, over a particular piece of territory: the nation-state claims sovereignty over the territory within its borders. The historical claim over the territory was often obtained through force, military conquest. The right of one group of people (citizens/nationals) to lay special claim to a territory is simultaneously the right to exclude ‘aliens’, foreigners, immigrants. Nationalism is thus an assertion of property rights. Nationalism gives credence to the idea that the working-class, on the basis of some shared identity, form a cross-class 'community' with elites, and shares interests with them.

“No people ever had its place on earth adjudicated by an extraterrestrial authority according to the stipulations of legal tenure. […] The right of national autonomy and state sovereignty is merely another name for the injustice of harassing, deporting, and expelling people on the grounds that they possess the wrong passport or birth certificate. And this injustice is not a corruption of the idea of the nation-state but rather its essence – admittedly rendered milder on occasion by the tolerance of reasonable people. [….] The legal claims of human beings, peoples, or nations to a piece of land is just another name for the right to expel others from the same piece of land. In every festive proclamation of a people’s right to exist lurks the threat of revoking another people’s right to exist.” - Wolfgang Pohrt, ‘On The Radical Left and National Liberation’ (1982).

3. In the name of “national liberation”, “nationalism of the oppressed” or “anti-imperialism”, the Left ends-up supporting imperialist war, it supports the organised and reciprocal slaughter of different nationalities of the working-class under “their” flags. The chimerical ideal of “national liberation” has historically resulted in little more than the emergence of corrupt, bureaucratic regimes, which eventually suppress labour once they are in control of the machinery of the capitalist state. In no way can the politics of nationalism challenge capital’s domination of the planet. At most nationalist struggles entails a reordering of power-relations among nation-states, a reshuffling of ranks.

“The working class should not talk about its rights but about its class interest. Talking about a right to national "self-determination" (as though a geographical grouping of antagonistic classes can be a "self"!) is like saying that workers have a "right" to be slaves if they want to, or a "right" to beat themselves over the head with a hammer if they want to. Anyone who supports the "right" to something anti-working class is actually helping to advocate it, whatever their mealy-mouthed language.” – Subversion #16, ‘The revolutionary alternative to left-wing politics’ (1995).

4. Can nationalism serve as a basis for class struggle? Consider Paul Mattick’s words: “Contrary to earlier expectations, nationalism could not be utilized to further socialist aims, nor was it a successful strategy to hasten the demise of capitalism. On the contrary, nationalism destroyed socialism by using it for nationalist ends.” - Paul Mattick, ‘Nationalism or Socialism’ (1959).

5. National oppression will exist as long as nation-states exist – the anarchist solution to the problem of national oppression is the social-revolutionary dissolution of nation-states, not the retrenchment of labour behind competing nationalisms. The anarchist revolutions in Ukraine and Spain demonstrated the historical possibility of denationalisation, and workers’ self-administration of territories.

6. "What will you do when America goes to war? [...] Personally, I take neither pleasure nor interest in going into any war whatever; still, to declare oneself against war seems to me silly and useless. One has to set material forces against it, not mere attitudes, and anyone who fails to take part in shaping those forces is also not against war, however much he may protest that he is. The question itself suggests the idea that one is supposed to come out for peace and against war, but I am opposed to capitalist peace just as much as to capitalist war. Nor do I have any choice between the two situations; I can only contribute to putting an end to a system which has to assure its existence on the tendency to alternate between war and peace." - Paul Mattick, 'What will you do when America goes to war?' (1935)

Examples of practical activity that anarchists can undertake against war consist of combating pro-war propaganda, industrial action, sabotage, refugee support, mutual aid, and the struggle against the system of immigration controls that prevent people from leaving war-zones to settle wherever they please, instead forcing them to rely on human-traffickers. Anarchists are against war, but we are not for peace. The conditions of capitalist peace, with all the contradictions that they entail, are what lead to capitalist wars. We reject 'militarism or peace' as a false choice. Faced with the reality of war, our response is working to abolish the system that produces war. The global choice today, as a hundred years ago, is only socialism or barbarism.

Excellent points made here by Craftwork. I would only add a link to the KRAS statement on ACG website about anarchists who betray their principles ( https://www.anarchistcommunism.org/2022/06/08/anarchists-who-forget-the-principles-statement-by-kras-iwa/) which condemns the sort of liberal anarchists who defend one nation state or another not just in wartime but also in peacetime by with their support for campaigns for state legislation on abortion, individuals' rights, brexit, paternity leave or whatever. " We reject 'militarism or peace' as a false choice. Faced with the reality of war, our response is working to abolish the system that produces war".

Anarchists are against war, but we are not for peace. The conditions of capitalist peace, with all the contradictions that they entail, are what lead to capitalist wars. 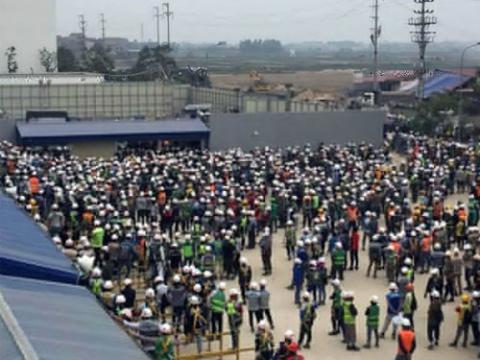 On Tuesday, a riot involving hundreds of construction workers broke out at a Samsung display plant in Bắc Ninh Province, not far from the capital… 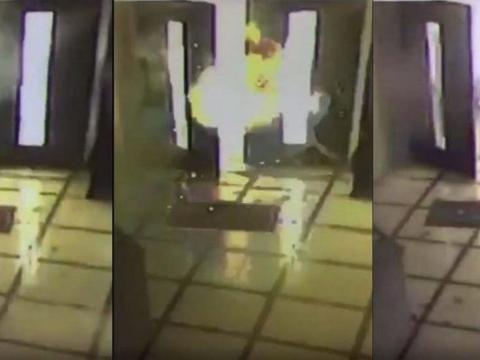 World revolution or “building socialism”? Critical remarks on Kontra Klasa’s ‘Notes on the transition to communism’

A critique of Croat communist group Kontra Klasa's article 'Notes on the transition to communism' from a left-communist standpoint. Originally published in Intransigence, March 26, 2019. 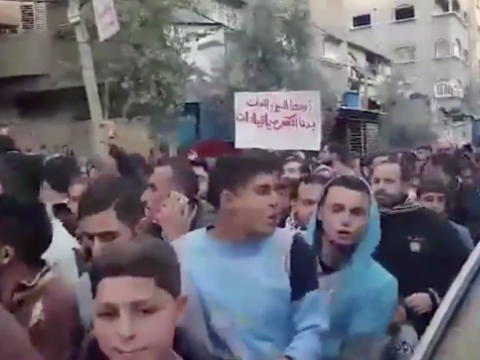