Mexico in recent years has become a hotbed of insurrectionary anarchist activity. On July 25th 2017, the insurrectionary anarchist/feminist group 'Comando Feminista Informal de Acción Antiautoritaria' (COFIAA - Informal Feminist Command of Anti-Authoritarian Action) bombed the headquarters of the Mexican Episcopal Conference in Mexico City, the latest in a series of attacks that they have carried-out in the past two years.

At 1:50 am on Tuesday 25th July a device planted by the group 'Comando Feminista Informal de Acción Antiautoritaria' (COFIAA - Informal Feminist Command of Anti-Authoritarian Action) exploded at the door of the Mexican Episcopal Conference (CEM), located on Calle Misterios 26, north of Mexico City, causing damage to part of the building, and no casualties. The device was manufactured using dynamite, LP gas and butane.

Religious leaders2 and the government have denounced the attack, with the investigation set to be under the control of the Attorney General's Office (PGR).

Image: after the attack, armed police guard the building

COFIAA was established around 25th August 2014, and is considered to be responsible for at least eight other attacks, including against: Santander bank (April 12th 2015)3 ; the Secretariat for Agrarian, Territorial and Urban Development (Sedatu) (June 6th 2015)4 ; a Catholic Church in Mexico City (December 23rd 2015)5 ; the Sacmag consulting group (May 4th 2016)6 ; the Women's Institute of Mexico City (December 20th 2016)7 ; and facilities of the Exxon oil company (April 16th 2017)8 . Common to all these attacks is the use of explosive devices, planted in the early hours of the morning.

This attack was carried out in response to the atrocities of religion, particularly against children. As well as this, in some of their published texts, COIFAA have articulated their hatred of religion/theism as mechanisms for social domination (authoritarian, abusive, patriarchal and colonial9 ). Thus did COIFAA write, in relation to an earlier attack:

This is a message of hatred for the Catholic Church that for centuries has debased, tortured and murdered the bodies and souls of women, cornering us to the point of claiming that we accept slave conditions in exchange for keeping us alive.

There are women who have accepted their slavery, and in exchange for crumbs that can only go to the detriment of the free development of their individualities, decide to remain silent, or worse, unite their efforts with the propagators of their own submission, falling docile, intoxicated Stench of the sacristy. But we do not fit in their molds.10

In the context of deep disillusionment with the state and all political parties in Mexico, the evident corruption of all major institutions, general social discontent, a relatively (by global standards) violent society, and the very low levels of prosecution for violent crime, COFIAA is just one of a number of insurrectionaries groups that have emerged in Mexico in recent years, which has become a hotbed of insurrectionary anarchist activity, with more than fifty groups considered to be at war against capitalism and the state.11

The God Pestilence - Johann Most 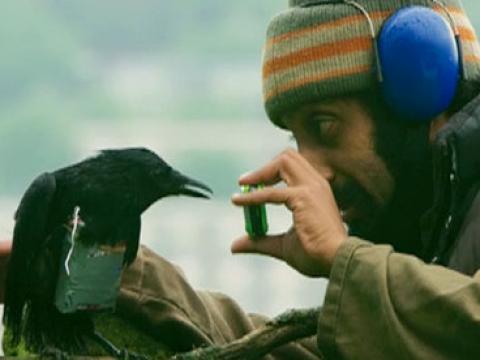 A response by Steven Johns of libcom.org to Paul Stott's article "British Islamism: Towards an…