Autonomy And The Seasons

Three thing, all of the same sort, are merciless when they get the upper hand, a water flood, a wasting fire and the common multitude of small folk. For these will never be checked by reason or discipline and therefore, to speak in brief, the present world is so troubled by them that it is well to set a remedy thereto. Ha! Age of ours, wither turnest thou?

John Gower, landlord and lawyer, writing just before the peasants revolt of 1381.

Undoubtedly the outbreaks of rioting in '81 put the long overdue social revolution back on the agenda once more. The industrial revolt of 70-74 and the 'Winter of Discontent' of '79, pale in comparison. None of those out on the streets called for leftist inspired Parliamentary alternatives to the capitalist system which were a tacit ideological rider to the industrial revolts of 70-74. Contrary to Cajo Brendel's opinion in Autonomous class struggle in Britain 1945-77, the actual amount of autonomy in these essentially industrial revolts was rather less than he imagined. Making allowances for the hyperbole, it must be admitted 'Echange et Mouvement' have consistently expressed the view Britain was heading towards a crises of revolutionary proportions. In this respect most others have been less optimistic. 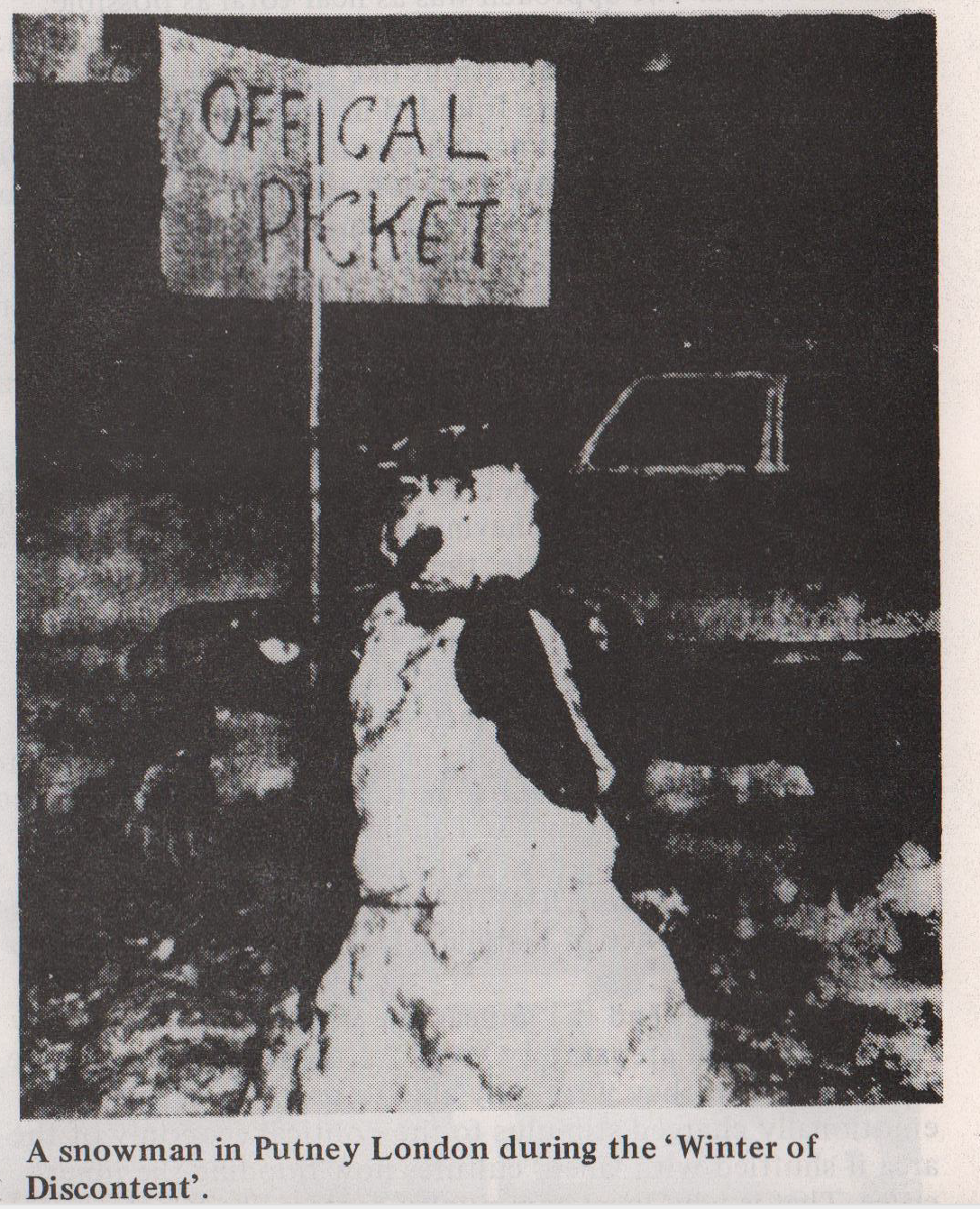 But even the strikes of '79, during the 'Winter of Discontent' never really transcended a rank and file shop steward/local bureaucrat unionism - like the ringing of Hull City by striking lorry drivers who exercised a considerable degree of control over the administration of the city. Still they were highly significant strikes. A friend estimated that well over 30 categories of workers with no previous history of conflict went on strike that Winter. This served to set it apart from the more industrial conflicts of the early '70s. Careerists now visibly rising on the back of 70-74 struggles maintained a judicious silence throughout those ice bound weeks when nothing much moved - including the stiffs piling up in a Liverpool warehouse requisitioned especially to accommodate the overflow from the city's morgues. Compared with the 70-74 strike wave it was rich in unusual incidents making play with the fact Britain was experiencing its worst winter for 20 years. The elements of unattended fire, ice and deep snow became during that winter tactical weapons from striking firemen to road gutters. An eerie silence spread over snowbound city streets, deserted railway sidings and the empty porticoes of railway stations where the snow was allowed to whirl. 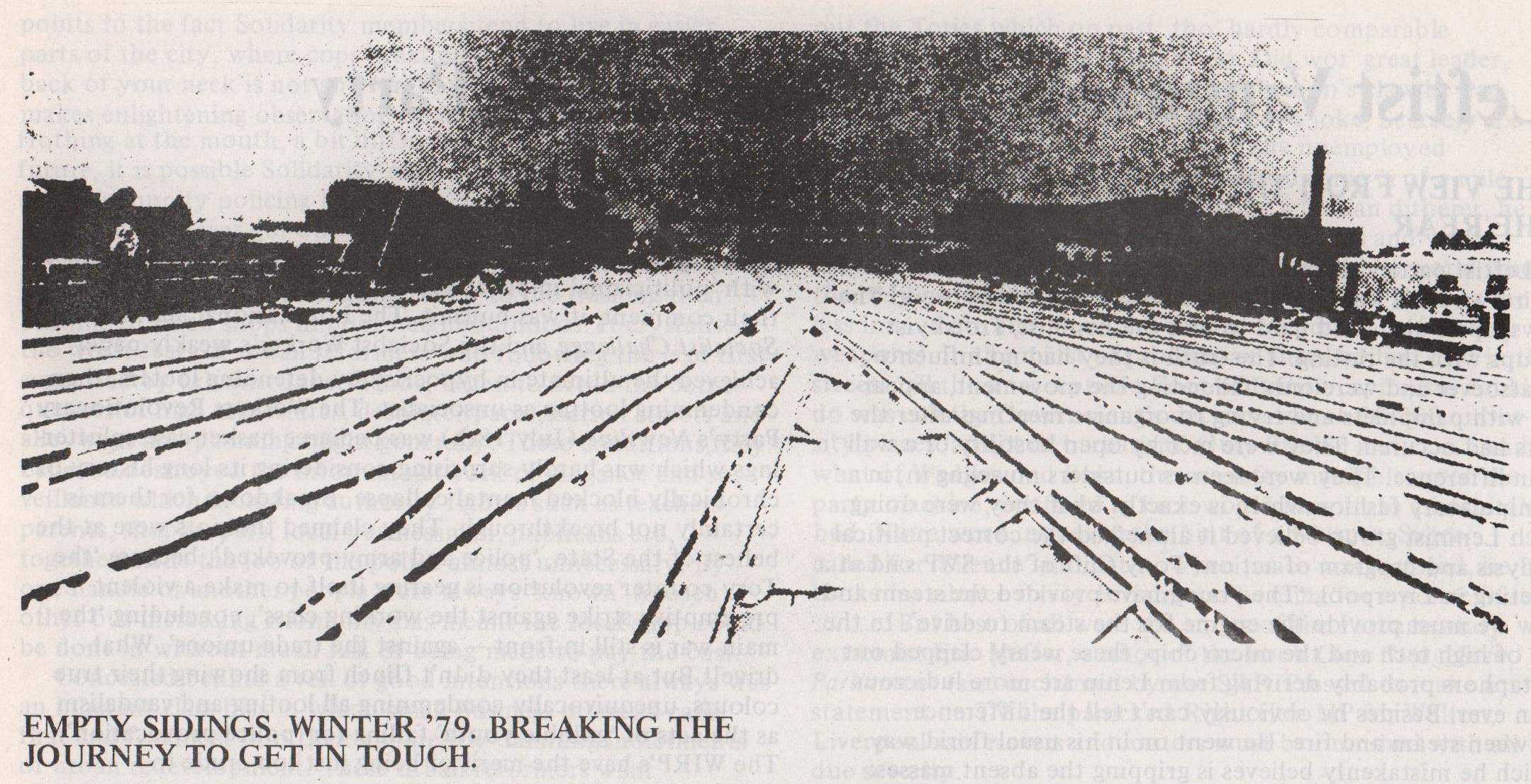 In the 'Winter of Discontent' the working class used bad weather conditions to press home their advantage. But in the winter of '81 '82 the tables had been turned. The snow and floods only added to the crushing weight of the bourgeoisie's counter offensive. There was no defiant pleasure to be gained out of the chaos. Streets were piled high with drifting snow not because of striking council workers but on account of Government cuts. Spirits slumped unresistingly like the laden branches. The fact that steel plants in Wales were snow bound were used as an excuse by BSC to close them permanently. Unlike the winter of '78/'79 the gleam of a new order never once shone through the blocked roads, the overflowing river banks and iced over flood water lakes stretching far and wide.

Back to the summer heat and bonfires of '81. Where did the real difference lay? Those early July days were the clearest expression yet of the proletariat becoming a 'class for itself' in the UK. The youth unencumbered by trade unionism, naked and abandoned in a 'social void' that is exceedingly dangerous to capitalism went straight for the jugular, unhampered by the sabotage of 'their' absent 'worker' representatives ensconced in the State apparatus. And that's why those in power were so disturbed by the riots. 'Left wing' labour councillors just looked perplexed. At the other end of the scale, the Queen on the eve of the Royal Wedding was all bust up inside. The Queen and other Royals were reported as far more disturbed by what was happening than ever during the miners' strike of '72, the 3 day week or the 'Winter of Discontent'. 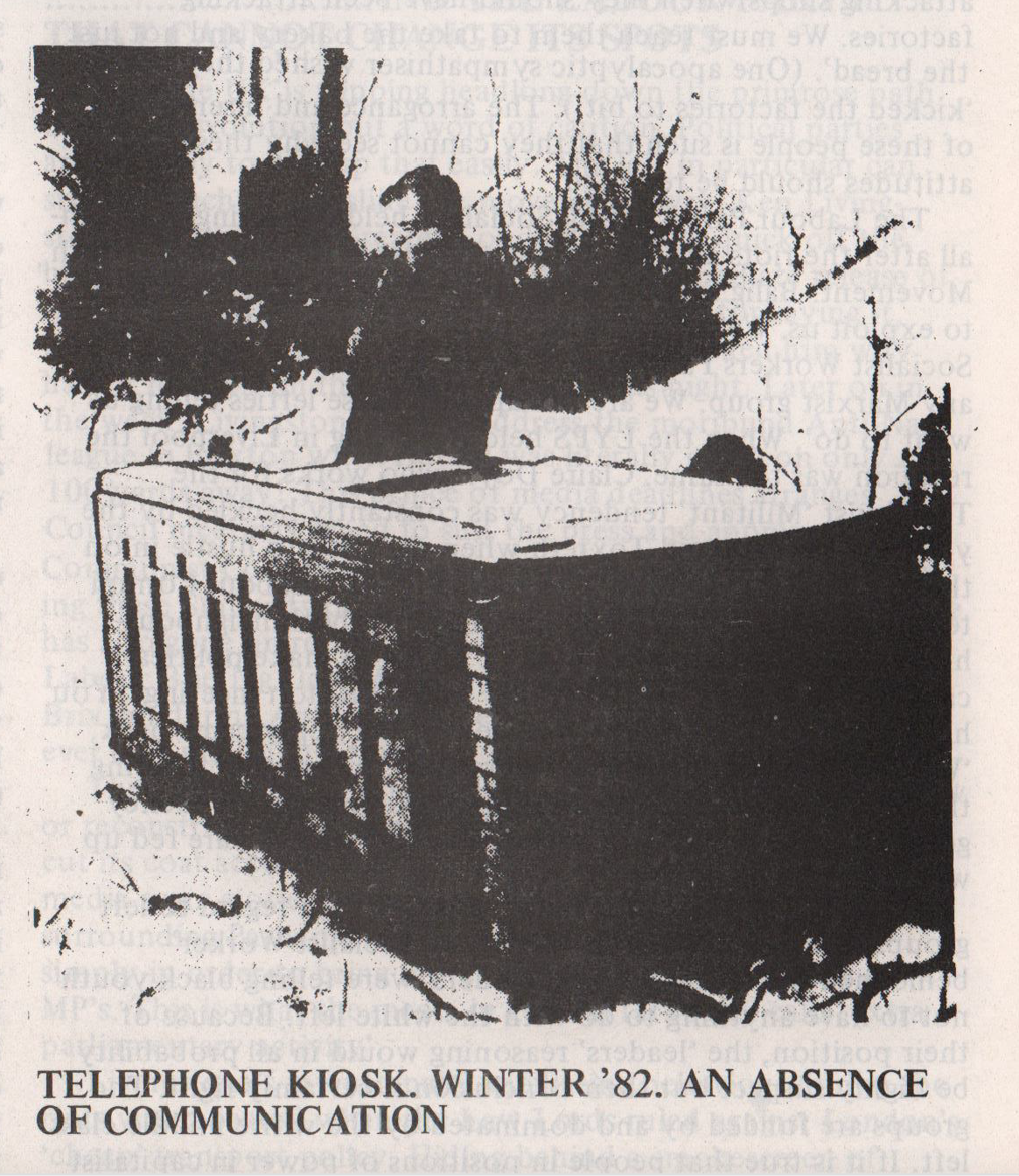 Back to the summer heat and bonfires of '81. Those early July days were the clearest expression yet of the proletariat becoming a 'class for itself' in the UK. 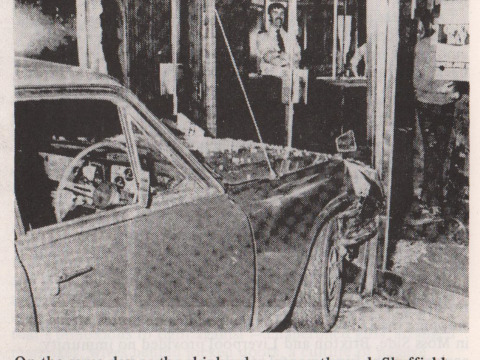 'The Only Race Is The Rat Race'

BM Blob on racism, the media, sociologists and the 1981 riots. 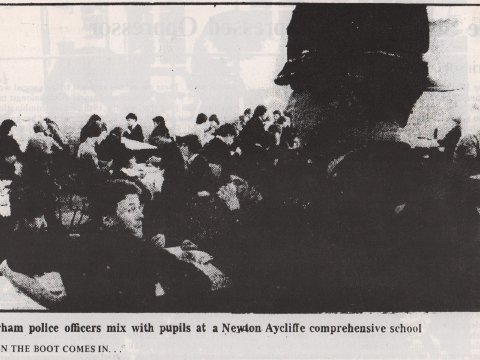 The Sigh Of The Oppressed Oppressor