Ba Jin was born Li Feigan on November 25th 1904 in Chengdu, in Sichuan to an high-up official’s family. His youth was marked by the convulsions that shook China, with the fall of the Emperor and the proclamation of the Republic.in 1912. In 1919, there was a wave of strikes and social unrest and young Li Feigan joined the Chengdu anarchist group, the Equality Society. He took the name Ba Jin from the first syllable of the anarchist Bakunin and the last from Kropotkin in tribute to them. He was deeply impressed by the work of Kropotkin and of Emma Goldman, and he entered into correspondence with her. He was the most active member of the group, involved in distribution of propaganda and the setting up of a reading room in the building of the local anarchist paper.

He left to study at Nanking then at Shanghai, and learnt Russian, French, English and Esperanto. He remained active in the anarchist movement there, writing a pamphlet on the Chicago Anarchist Martyrs. Shanghai was one of the centres of revolution in China, which climaxed in the workers insurrection there in 1927. The Chinese anarchist movement, caught between the Communists and the Nationalists, started to decline. Li Feigan left to study in Paris.

There he was active in the anarchist movement and was involved in the campaign to save the Italian-American anarchists Sacco and Vanzetti from their death sentence. He entered into correspondence with Vanzetti and later wrote a pamphlet The Scaffold about the case. He acted as a liaison between the European and Asian anarchist movements. He translated Kropotkin’s Ethics into Chinese, and continued to write for the Shangai anarchist magazines. He met many anarchists in France, including Alexander Berkman, whose ABC of Anarchism he later translated into Chinese as From Capitalism to Anarchism.

He published his first novel Destruction in Paris, in which he describes the life of revolutionaries in Shanghai in the 1920s. In this book he expresses his conviction that anarchism cannot come through political assassination and can only be achieved by an organised mass movement. At the same time, he sought to understand the terrorists and that the stagnant state of Chinese society was responsible for their actions.

Returning to China in 1929, he became one of the most well known intellectuals within the anarchist movement. He continued with his work of writing novels, which were always about the clash between feudal society and the revolutionaries. His masterpiece was Family, where he attacks the family system as it was in its feudal and patriarchal form.

During the Japanese invasion in the 30s, most intellectuals aligned with the Communist Party, and so did Ba Jin, despite his reservations. But at the same time he was inspired by the Spanish Revolution and the actions of the anarchists.

In 1945 he began his translation of the complete works of Kropotkin, and brought out one of his last novels, Icy Night. The anarchist movement was still in decline, but Ba Jin remained the principal correspondent in China for the Commission of International Anarchist Relations (CRIA) liaison bureau for the worldwide anarchist movement.

The Communists tightened their grip on China in October 1949 and Ba Jin was obliged to enter one of the satellite organisations of the Party. He joined the Association of Chinese Writers. His work was glorified on stage and screen.

After that his life took many twists and turns. He was on the side of the Party in 1957 at the time of the “anti-right turn” and was involved in the denunciation of writers accused of deviation. Then his novels were censored and re-edited and all the mentions of anarchism were cut out. Already in 1949, he had stopped writing much, only involving himself in translations, essays and his memoirs. It appears that he was put under considerable pressure by the authorities.

In 1966, during the Cultural Revolution, it was his turn to be denounced. He was publicly humiliated in front of thousands and made to kneel on broken glass. He was denounced as a “traitor to the nation”, placed under surveillance and spent 10 years being forced to make self-criticism.

He was only rehabilitated in 1977 after the death of Mao and the fall of the Gang of Four.

After that, he was used by the regime again, who made him a personality and in 1981 put him into the post of President of the Association of Chinese Writers. However, the Peking Spring of 1989, before the tanks crushed it in Tien An Men Square, brought him hope again. Throughout his life, it appears he remained true to anarchism, but was often forced to keep silent and to make compromises.

His beloved wife Xian Shian died after being refused proper medical care by the regime in 1972. His last few years were spent in great pain as the result of debilitating illnesses and he begged to be granted euthanasia. He finally died on 17 October 2005.

Chinese names are already reversed, so it should be Ba Jin not Jin, Ba, though other students of Chinese anarchism, such as Arif Dirlik, think that his name should be romanized as Bajin since many 20thcentury Chinese anarchists, most famously Shifu, dropped their surnames in protest against feudal family structures.

He's known by just one name in Esperanto (Bakin), in which he's a pretty big deal: Concise Encyclopedia of Original Literature of Esperanto

Ba Jin's great, I would definitely recommend keeping an eye out for his novels. Also, Christiebooks have now got his collection of political essays "On anarchism and terrorism" available for Kindle for a couple of quid. 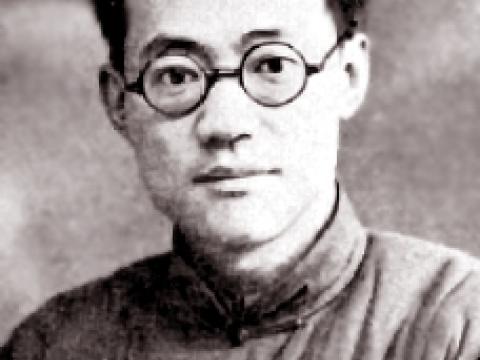 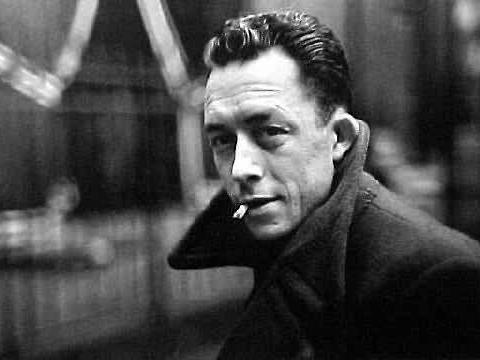