Gregor Gall examines the balance of power as the conflict between British Airways management and cabin crew comes to a head.

It's shaping up to be a truly titanic battle. According to Unite, BA has told the independent conciliator, ACAS, that it will not put its offer back on the table. With this kind of approach and time running out, the strike is all but certain to go ahead this Saturday.

Why has BA done this? You'd think in the case of something close to mutually assured destruction, BA would seize upon the opportunity to avoid a damaging strike, especially when it's making huge losses.

Yet, here's the rub. Yes, BA will lose £100m in the strike, but the prize for it is much bigger. That prize is the decimation of Unite as a serious force in BA.

With Unite put in its place, BA will be able to instruct its cabin crew to do exactly as its wants.

It will say "jump" and the cabin crew will have no choice but to say "how high?" Then BA will be able to take part in the race to the bottom on wages and conditions alongside competitors such as Virgin.

For this plan to work, the strike must go ahead and the strike must be defeated. That is why BA has spent inordinate amounts on ways to break it and why it has spent months intimidating cabin crew out of striking.

It might also explain why BA has not sought an injunction again to stop the strike. Months of planning for the showdown would not lead to the outcome it wants if it won an injunction.

BA may even sense it has Unite on the run, given the union's willingness to look more favourably on a deal it rejected last week. Unite may feel on the run after being attacked by not just the Tories but by the party it funds.

In industrial relations jargon, this is a classic "reforming conflict". The employer engages in a set-piece showdown, inflicts a massive defeat on the union, divides the workforce and thus re-orders the power relations between management and union.

This should sound familiar if you cast your mind back over the many classic industrial disputes since 1979 – the miners, the printers, the Liverpool dockers, the firefighters and so on.

The employers, state or private, were backed politically by the governments of the day so that the workers and their unions became bête noires and the forces of the police and judiciary were ranged against them.

In many of these disputes you could find henchman as equally determined as BA's Willie Walsh.

These disputes were all serious defeats but does this historical pattern have to be continued in this present dispute? The omens are not good.

By law, employers have both time and opportunity to prepare to offset a strike's effect. That is why the anti-union laws require unions to give various advance notices of the action and who is taking it.

But Unite is the country's biggest union. It could, out of solidarity and self-interest, institute a £1 a week levy on its 1.4m members to show that it is prepared to bankroll a long strike.

Even though BA has huge cash reserves, facing a long strike is not in its game plan. A longer strike would allow Unite to get more political pressure put on BA as we get closer to the general election.

If Unite cannot pull such an ace out of its hand, BA will go back to the way it used to be run and the way many other companies are now run.

Lord King, appointed by Thatcher as BA chief to oversee preparations for its privatisation, was asked how he motivated his employees. He answered with just one word – "fear". That fear was fear of the dole. 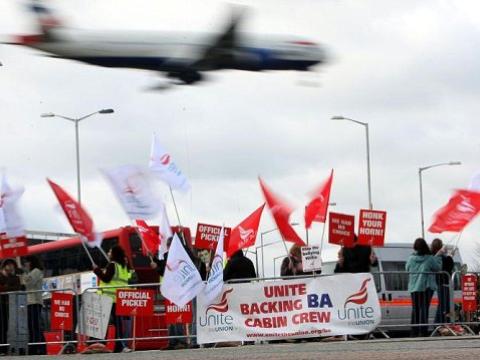 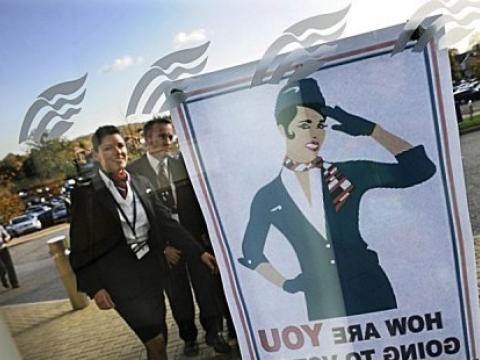 With strikes at BA looming this weekend, management has furthered its attacks on the workforce,…

Pilots at British Airways are preparing for a long strike over their pension scheme.
Image 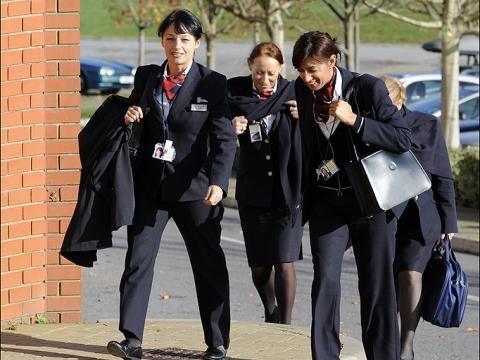 BA strike: on a wing and a prayer?

An analysis of the 12-day Xmas strike at British Airways called by the Unite union. By Gregor Gall, professor of industrial relations at the…