In the face of mass resistance, Bangladeshi Government forced to renounce mine project. More actions threatened in garment industry.

The Government has announced it will not now allow the opencast mining project in Phulbari to go ahead. (See earlier article.) The scale of the resistance has clearly shocked the State; the proposed project provoked a seizure of the town by 30,000 protesters for the past 5 days (after troops shot 5 people) and a nationwide general strike on Wednesday.

In Dhaka the strike left schools, shops, colleges and private businesses closed and private vehicles off the road. Over 10,000 police and paramilitary Bangladesh Rifles were on the streets, said police official Mahbubur Rashid. In the country's second city of Chittagong, police deployed around 4,000 officers, but there has been no violence, said local police commissioner Majed ul Hoq.
Deliveries at the main port at Chittagong however had been suspended....

...Protesters blocked the roads leading to Phulbari by felling trees, logs, making fireworks on numerous points of the town throughout the day. No transport was allowed, excepting that some rickshaws and vans.
All the shops, markets and business establishment remained closed for fourth straight day. Some tea and cigarette vendors opened in the afternoon but were forced to close down..

‘Mahmud [Govt. Energy Minister] is acting in favour of Asia Energy… Mahmud is the biggest dalal [broker] of the company… We want his execution…’ were some of the slogans. (New Age, 31/8/2006)

The Govt. apparently has not signed the final agreement giving permission for mining to start and the British company Asia Energy is reported to have failed to conform to some of its legal and financial obligations under Bangladeshi law. Asia Energy is refusing comment. It is speculated that, as the Govt. has only 2 months left in power before the election, it will stall the issue until then. It may also hope that the mass movement will dissipate sufficiently over time for another modified attempt at beginning mining to be tried later.

The Govt. and employers may also be facing renewed resistance in the garment industry, the country's only significant industrial sector; labour organisations named yesterday (31/8) as the deadline for bosses and Govt. to implement the concessions agreed after the mass revolt of garment workers in May/June.

The general secretary of the Bangladesh National Garment Workers Federation, Aminul Haque, said ‘Labour organisations have realised that the government and the owners do not respect the recent agreements. So, they are preparing to go for movements again.’

As there has been no compliance, the unions are threatening renewed actions - though in fact spontaneous, self-organised agitation by workers on the job has been widespread and continuous since May, so it may be more a case of the unions tail-ending the ongoing independent actions, in an attempt to gain control and show to the employers that they are worth negotiating with. The country has more than 5,000 readymade garment factories that employ more than two million workers, 90% women.

It is probably no coincidence that the Govt. has chosen the same date, the 31st, to announce the creation of a fund to finance garment employers in complying with new workplace safety measures that have so far been widely ignored by bosses. This is probably as much in response to pressure from international buyers as worker agitation, as the recent workers revolt led to concern amongst buyers about reliability of supply and global marketing images being tarnished due to associations with sweatshop labour. 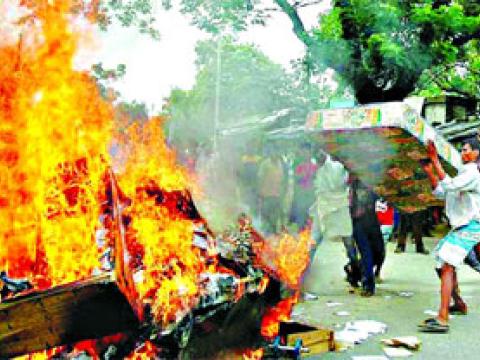 Unrest continues across Bangladesh, with widespread strikes and the mass revolt against an attempt by a British company to begin destructive…
Image 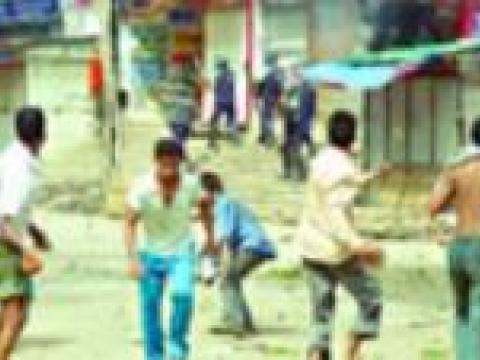 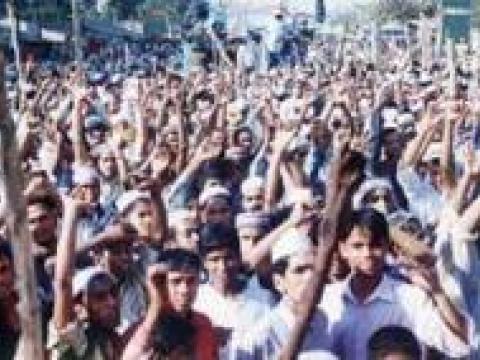 Dozens of workers at a clothing factory were injured on Wednesday when over 200 outsiders, allegedly…
Image