Pantomimes usually start in December and end early in the New Year. The Brexit version at the Westminster Palais looks set for an extended run.

The post-2015 Cameron Government arrogantly called the EU referendum, without procedural safeguards, to satisfy factional interests. For short-term appeasement of political opponents they risked arriving at an outcome which challenged 50 years of British ruling class strategy. Their gamble went catastrophically wrong and after a further two and a half years the bosses' democratic political machinations have dissolved into factional chaos.

As we have previously written "...the ruling class's loss of political clarity is product of their inability to solve a capitalist economic crisis that has been building over decades. Unable to devalue capital in order to restart a new round of accumulation the system limps from one expediency to the next. The net result is that the ruling class have abandoned any long term strategies and this led them to wander into the Brexit minefield."1

Cameron's successor, Theresa May, immersed herself in the politics of chaos. The arbitrarily chosen Brexit day of March 29th, 2019 hangs like the Sword of Damocles above the British ruling class.

The Parliamentary system is normally a well-oiled machine supporting the bourgeois order. Having helped manage roughly half a century of crisis, that system has spectacularly collapsed. The parliamentarians are unable to agree a way to implement Brexit or to overturn the referendum and impose a political decision that would enable the bosses' well-established strategic options to continue.

If only temporarily, the party political charade of the two big parties has ceased to function. Instead, those parties have dissolved into squabbling factions. The smaller parties only retain their internal cohesion by stirring the pot of chaos in various ways.

An essential part of the mystification which allows the minority bourgeois class to dominate our lives is the "smoke and mirrors" trickery embedded in the democratic system. The myriad elections and, increasingly, referendums serve to provide a veneer of validity for the role of politicians as they help maintain the system of oppression and exploitation.

The next steps in the parliamentary confusion are not clear. Indeed, all the evidence from the publicly available media is that the erudite commentators are unable to see the future, short, medium or long term. We do not pretend to have predictive powers that exceed the ladies and gentlemen of the press. On the other hand, unlike these paid servants of the bosses' system we are part of a class that can gain nothing from these splits in the bosses' political parties. Whether the political parties are cohesive or fragmented, the Parliamentary process belongs to our class enemies. We have argued with 100% consistency that decisions about the bosses' economic and political strategy are decisions to be left to that class and their paid mouthpieces. Refusing to be drawn into their poisonous and poisoned discussions is crucial for workers who see the need for our class to understand our own independent interests.

As 2018 draws to a close, there are many options appearing for the bosses to try to draw workers into the debates about how best to maintain capitalist rule. As we have argued throughout this process all such manoeuvres are traps to be avoided. To those who were conned previously we urge you to learn from our class' historic experience - "Don't get fooled again!"

A whole number of traps could be laid but there are three which have already been floated if only to explore the bosses' options. In the present factional chaos it's impossible to predict with any certainty the likelihood of any of these ploys being used.

Firstly there is the tried and trusted option of a General Election. Secondly, there is the option of a new referendum, largely advocated by the faction prepared to openly call for the UK to remain members of the EU. Thirdly there is an option that would mirror the national coalitions conjured up during the two world wars and in response to the economic crisis in 1931.

All of these options would be used to present a new spin on the argument that there exists a national interest that mysteriously unites workers with their exploiters. They would also be an attempt to paper over the cracks that have appeared in the capitalists' long standing political system.

Their Problems and Ours

While the political process is in chaos the reality of life for workers in the UK is marked by deprivation, precarious employment and the disappearance of state-provided support mechanisms such as easily accessible health care. In every area from the destruction of the Legal Aid system2 to the insults and degradation of Universal Credit3 the political machine retains enough cohesion to ensure that the working class pays the costs of the bosses' inability to make enough profits.

While the media lie machine continues to spin their mesmerising narrative around the political chaos, they have ignored the reality that is the result of capitalist crisis. When the UN published a damning report about the condition of the working class in Britain4 it was hidden under the torrent of media reports about the factional infighting.

A working class response to the crisis is possible. During 2018, we saw workers in previously unorganised sectors such as the gig economy begin to show increased combativity. Recently, workers at Cammell Laird took strike action against the threat of redundancies. We have even seen the return of wildcat strikes in Royal Mail depots across the country as well as by Glasgow women cleaners – who received (illegal) solidarity from their mainly male fellow workers on the bins. Such actions are signs of the possibility for the re-emergence of our class' willingness to start to defend ourselves. An essential step in developing the fight is for workers to break out of the stranglehold that the Trade Unions hold over the conduct of struggles and organise our own strike committees and mass meetings.

As the signs of working class resistance reappear, Communists also have a duty to argue within the class to avoid the democratic traps that the bosses are preparing. The CWO is affiliated to the Internationalist Communist Tendency which exists to help lay the foundation for an international political party that will support the class as we move towards developing our own consciousness and self-organisation to the point where the horrors of class society will finally be destroyed. The bosses' political system is in crisis. The time is ripe for a working class alternative to re-emerge.

We call on class conscious militants to join us in our work!

And for those of you who like to mull over some facts and figures regarding the Brexit options being considered by our capitalist politicians this might be of interest:
https://thenextrecession.wordpress.com/2018/12/18/brexit-100-days-and-after/ 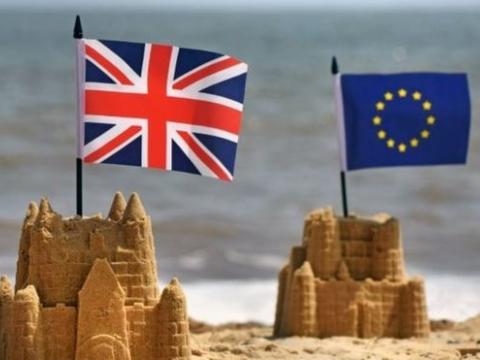 The latest ministerial resignations of David Davies, Minister for Brexit, and Foreign Secretary… 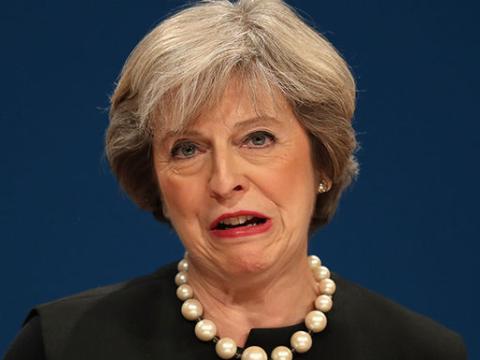