When white supremacists descended on Emancipation Park on the morning of August 12th it was immediately clear that the event had little to do with their stated interest in preserving the statue memorializing Confederate general Robert E. Lee.

Surrounding the front of the park were an assemblage of leftist, anti-racist organizations and movements, from the IWW and Queer Anarchists to Anarcho-communists and the DSA, who stood off against heavily armed white supremacist 3%’ers who provided security for the fascists congregating to “Unite the Right.” As protesters of the rally attempted to block entry of white supremacist speakers and their contingents, conflict steadily escalated with no intervention from the police. By 11:30 an unlawful assembly had been declared and the white supremacist speakers and their followers were marched out of the park. As the crowd dispersed, police with riot gear moved down the streets, largely allowing whatever conflicts were occurring to continue.

Large segments of the white supremacists then moved to McIntire Park, the only park where they still had a permit to gather, where there was also, conspicuously, no police presence. As crowds of protesters pressed white supremacists from the downtown mall, violence continued to escalate: Deandre Harris was savagely beaten by racists wielding metal poles in one of many confrontations before several activists were hit by a car driven by white supremacist James Alex Fields Jr. –– the attack which, claimed the life of Heather Heyer. In the wake of these events police continued to remain at a passive distance from those being assaulted, deciding instead to provide security services to the rally-ers who instigated violence. One need only to compare the police response to recent protests across the nation, such as in Ferguson where 57 protesters were arrested in a single day, to the police response to white supremacists and Nazis gathering in public spaces and terrorizing innocent people, where only 3 people were arrested, to get a clear picture of where their allegiances fall. The night after the event, solidarity vigils across the nation were met with much more militant police presence than the rally in Charlottesville. Many of these events that occurred in the South were centered on Confederate monuments that were heavily guarded, starkly depicting how a police state prioritizes the protection of property over people. A solidarity demonstration in Durham, North Carolina ended with protesters pulling down the Confederate Soldiers Monument outside the Durham County Courthouse. As of now, four protesters from that demonstration have been arrested and several local and national socialist organizations are seeking to have the charges dropped and raise legal funds. Organizations such as Indivisible, a reformist group composed of former congressional staffers and volunteers have been very present at these meetings across the nation and have been partnering with other big name organizations such as Planned Parenthood and Greenpeace. Initially, Indivisible tweeted out a list of organizations who were facilitating and taking part in these solidarity demonstrations, and omitted the very groups whose members were victims of the terrorist attack in Charlottesville. Only after the DSA notified them that they had omitted the principle groups responsible for shutting down the rally and risking their own members’ safety did Indivisible update the list. Solidarity demonstrations across the nation continue as socialist organizations continue to organize legal defense funds and donations for Heather’s family and other victims of the Nazis’ violence. Links to defense and aid funds are listed below. 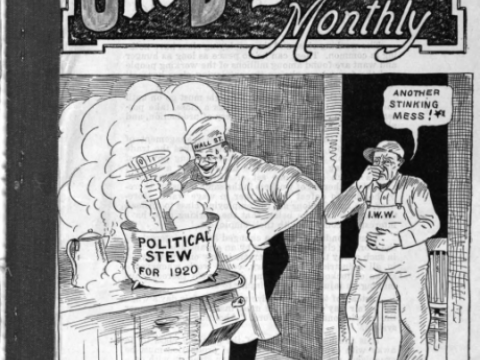 The One Big Union Monthly

Partial archive of the regular publication of the Industrial Workers of the World (IWW) revolutionary union in the US, the One Big Union Monthly,…
Image 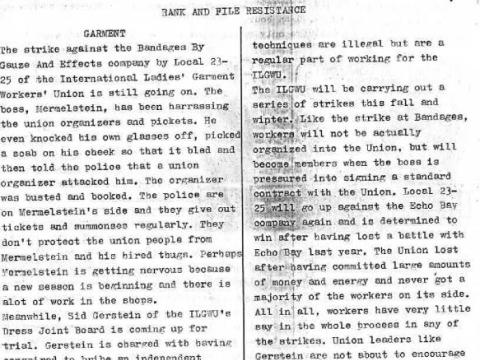 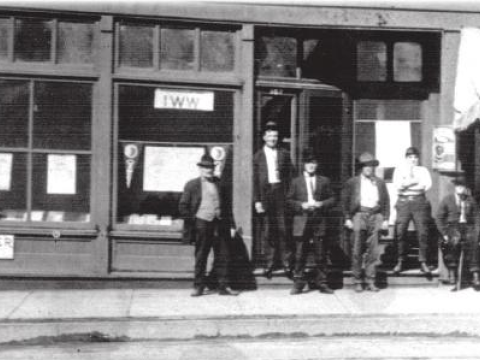 An 1913 editorial from the Industrial Worker on a dockworkers strike on Duluth, Minnesota.
Image Towards a Wobbly methodology: establishing yourself as an organizer in a new workplace