Class Struggle in the Time of Coronavirus: An Incomplete Chronicle of Events (16-21 March)

The following review is a small depiction of what’s happening in the world, outside Italy (for the situation in Italy, see: leftcom.org).

In some ways the coronavirus has unified workers around the world under one slogan: we don't want to die for your profits.

1. Italian workers are not alone in their struggle to guarantee safety conditions, nor are those workers in non-essential services alone in their fight to stay home on full pay;
2. that immediate proletarian demands are the same all over the world today;
3. that immediate demands, however much they may be justified, are not enough.

Safety conditions for workers in essential jobs and full pay for everyone else who is forced to stay at home is to be supported, but be aware of the limit this implies: namely that class struggle must IMMEDIATELY shift to a political denunciation of capitalism. We are calling for this clearly and forcefully – something the unions, by their very nature, cannot and will not do – but we are calling in every gathering, every strike, in any flyer, leaflet or statement, that beyond the immediate demands of today, we know that the enemy is capitalism. In fact it is capitalism that puts profit before human lives, that exploits us every day and kills us in the workplace, and it is capitalism which has produced a sick, polluted society fraught with misery.

Let these first signs of struggle be the moment to raise the anti-capitalist consciousness among the working class. This is what is needed today more than ever.

18.03 In the grain exporting ports of Urgara there has been unrest by workers threatening to strike at this crucial time because they are not guaranteed adequate protection from infection by the virus.

18.03 Despite bans, there has been a spontaneous strike and protests by workers in Linz-Bindermichl-Keferfeld. The company was guilty of failing to put workers in a position to operate safely.

17.03 Almost 800 workers at the Global Textile Factory in Kampong Speu province have forced management to pay wages and premiums in arrears. The factory had stopped its operations in mid-February due to the coronavirus.

17.03 Unrest in prisons in the south of the country following restrictions on visits and cancellation of prison holidays as a measure to limit the spread of the virus. Some 1,350 prisoners escaped in riots. (yeryuzupostasi.org)

17.03 Workers of the ports of Santos, Sao Vicente, Guarruja, Cubatao declared the immediate cessation of all activities for the whole period of quarantine declared by the government of São Paulo. The Chairman of the Board of Directors of Logistics and Transport of São Paulo replied: "There are several alternatives. The most drastic is the declaration of a state of emergency throughout São Paulo to suspend individual rights and strikes". The workers, for their part, declared themselves willing to carry out loading and unloading activities related only to essential services. (www1.folha.uol.com.br)

20.03 Employees of Almaviva do Brasil in Consolacao (one of the main call centers in the country, with 37,000 employees) have downed tools, stopped all work and blocked the road due to fear of the virus. Their slogans called for the distribution of disinfectant alcohol gel to all employees. Workers who are sick are not being paid, cleaning is being carried out without changing cloths, soap is missing in the bathrooms, work stations do not adhere to safety distances. (noticias.uol.com.br)

16.03 Workers at the Neuhauser bread factory in Folschviller – one of the country's largest bread producers – forced the factory to close for 24 hours after one of their colleagues tested positive for the virus.

16.03 In Lille, the factory of the Canadian railway manufacturer Bombardier de Crespin (North) is closed until further notice, and all employees working in production have been partially unemployed since Monday. (lapresse.ca)

17.03 After an employee tested positive for the virus on day 16, Amazon workers at the Montélimar, Chalon sur Saône and Douai sites went on strike, denouncing the lack of safety distancing, the absence of safety devices and sanitary disinfectants. Workers garrisoned themselves in front of the Severey site, respecting safety distances. (info-chalon.com)

17.03 Several hundred workers from the Atlantic shipyards in Saint-Nazaire have left their jobs because they have not been guaranteed safe conditions. The shipyards employ in total over 10,000 workers. (enoughisenough14.org)

17/18.03 Twenty employees in the glass business and more than forty in the decoration business (Saverdec) went on strike on 17 and 18 March at the Saverglass company in Feuquières (Oise) due to the failure to adhere to the rules for safeguarding the health of staff. (actu.fr)

18.03 Spontaneous strike by ID Logistics employees in Les Herbiers. They’re demanding to stay home on full wages as a form of prevention against coronavirus.

20.03 Amazon workers in Lille fighting the non-application of security measures against the virus.

13.03 To protect themselves from infection, bus drivers have been picking up passengers only from the central and rear entrances, and without asking them for a ticket. (yeryuzupostasi.org)

20.03 Intense unrest by the workers of Minera Panama (over 6,000) after the first cases of coronavirus broke out among them. The company refused to intervene on safety in the workplace and in digs, where company workers often live piled up six in one room. (panamaamerica.com.pa)

17.03 1,000 Balay workers in Zaragoza impose a closure against coronavirus. The Balay management had refused to close down despite the absence of security measures. (izquierdadiario.es)

18.03 The Aeronova plant in Berantevilla (Álava), which employs 450 workers, temporarily suspended activity on Tuesday following marches on 17th March by the plant’s employees. The workers demanded the closure of the factory because of the situation created by the coronavirus pandemic.

19.03 Workers at the Sarar textile factory ignored the advice of their trades union and stopped production for half an hour to protest the fact no action was being taken to protect them against the virus. They wanted guarantees the premises would be cleaned. There was no disinfectant at the entrance and hygiene conditions in the canteen are poor. (yeryuzupostasi.org)

20.03 Workers at the Galataport shipyard in Istanbul started a strike because no measures have been taken against the coronavirus despite many requests to management. (yeryuzupostasi.org)

21.03 Post and telegraph workers' went on strike after the regional management of the PTT allowed permanent workers to stay home on Saturdays imposing overtime on almost 200 subcontracted workers. (yeryuzupostasi.org)

17.03 GM, Ford and FCA factories: increasing complaints by workers about poor hygiene and safety conditions at the factory while most managers and employees work from home. The managers of these three large companies have refused to close the factories for two weeks as requested by the workers. (labornotes.org)

18.03 Spontaneous 24-hour strike by Detroit public transport drivers who were not provided with safety devices or adequate hygiene or the disinfection of vehicles. Transport was suspended throughout the day in the entire city. The unions were forced to cover the strike. (labornotes.org)

18.03 Spontaneous strikes at the Sterling Heights assembly plant (SHAP) in Fiat-Chrysler, Michigan after two employees tested positive for the virus. The factory closed as a result of these strikes.

Also, just posted a big roundup of US ones here: http://libcom.org/news/march-25-workers-launch-wave-wildcat-strikes-trump-pushes-return-work-amidst-exploding-coro

Another one: https://twitter.com/WestVirginiaIWW/status/1243307564449828868
is anyone up for trying to keep on top of these? As it would be amazing to add them to our archive for future posts and to be added to our big class struggle history map/timeline we are building

Map of struggles under the pandemic from a group in France, but so far missing a lot of stuff from Italy and outside of Europe.

Some more incomplete evidence of the class struggle in response to the virus above, along with some general points about the uniformity of the bourgeoisie's response and some specifics on Italy and Spain.

map of US strikes:
https://paydayreport.com/covid-19-strike-wave-interactive-map/

Let these first signs of struggle be the moment to raise the anti-capitalist consciousness among the working class. 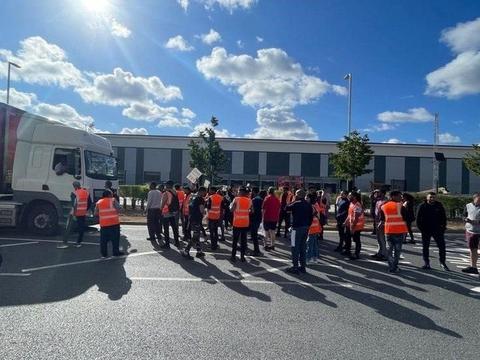 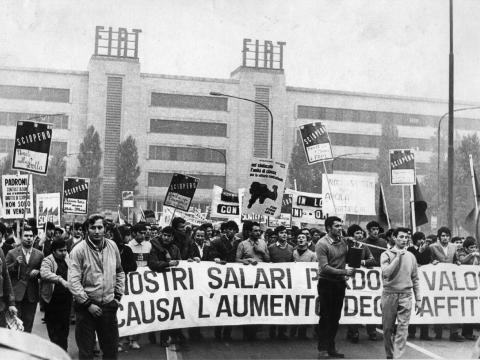