One reason it's easy to overemphasize solidarity activism is lack of confidence in our organization. Sometimes we don’t believe that the IWW can be or is a real union or a real step toward forming the cooperative commonwealth. We want to be active, we want the union to matter, so we push for the union to be part of something we think of as real: a real strike, a real rank and file democracy committee or movement, real revolutionaries somewhere else.

This motivation is good intentioned, but it’s not good for the union. Lack of confidence gets in the way of the most important work of the union: organizing to make us bigger and more experienced. Lack of confidence is also disrespectful to people who are organizing in shops right now, who know the union is real and are putting a lot on the line to improve their lives as part of the IWW.

This feeling of lack of confidence is a real feeling, an emotion. That means we’re not going to get rid of it via ideas. Changing that feeling can be done in part through conversation, just like the emotional experiences we have with people when we agitate them in our organizing. And just like in organizing, these conversations happen in the context of relationships. Any conversations that will be effective in changing our confidence will be conversations that are part of building and maintaining a relationship, rather than just debate with other members on ideas. Organizing definitely involves ideas, but it takes more than that. We also need experiences. To build the union we need experiences of what a union is, of what this union is and can be.

The best way to get that experience is for the union to keep organizing and organize more. Unfortunately, lack of confidence makes us less likely to be active in organizing. We need to deal with lack of confidence by inviting and pushing people - others and ourselves - to be more active. More specifically, we need to be more active in things that are likely to give us the experiences we need. People need to be offered concrete actions, like attending a one on one with a more experienced organizer, or a good shop committee meeting. We also need to share our experiences by swapping stories - just like when we agitate - and to discuss experiences with each other to find the elements that will motivate us further.

Existing lack of confidence in the union is partially due to people not having had these experiences, and not having heard about experiences they can imagine having. That means that lack of confidence indicates a failure of mentoring in the union. Doing solidarity unionism is hard. One part of it is encouraging more people to get involved, so they get the experience and gain confidence. This is a lot of work, but it's do-able and we have to do it. 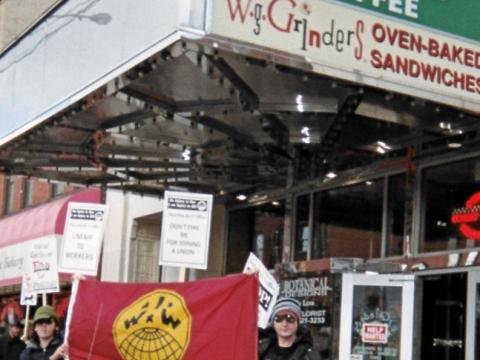 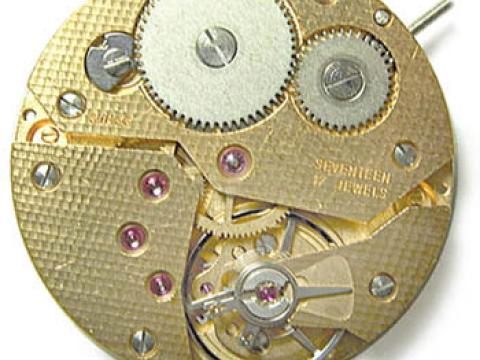 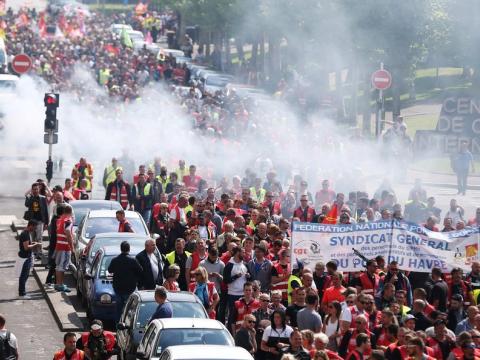 Some advice to revolutionaries from 'Monsieur Dupont'.