UNISON members working in local government in England, Wales and Northern Ireland have been given the green light for a ballot on industrial action after rejecting the pay offer from employers.

The offer is for a 2.45% increase, with an additional £100 flat rate increase on the very lowest three scale points.

Employers also want agreement that the National Joint Council, the negotiating body, will seek to conclude a review of 'Green Book' terms and conditions, started as part of the 2007-8 settlement, by the end of this year, and 'seek to' agree pay rises of 2009-10 and 2010-11 by 31 December also.

The offer is below the current inflation rate of 4.2% and less that the increase in average earnings across the economy, and so constitutes a real pay cut.

If members vote Yes to industrial action, that is likely to start with a two-day all-out strike in early July, and be followed by a sustained campaign of escalating action, involving strikes of more than two days.

However, many workers have criticised the unions for assisting the employers. Last year Unite and the GMB did not reject the pay cut, and Unison called off industrial action which members voted for. This year too Unison's pay 'campaign' leaflets were criticised, with one Unison member telling us "They were appalling - the 'vote to reject the offer' leaflets actually made the offer look better than it was, they presented the employers' arguments for the pay cuts without refuting them, and they attempted to scare workers at the amount of industrial action that would be needed. It is a clear effort again to sabotage our pay claim to benefit the bosses and New Labour - and the Tories when they get back in, it being a 3-year package of cuts."

Asking members to vote for action, the union stated that the employers' offer is final, and "solid and sustained" industrial action will be needed to convince the employers to reopen negotiations.

In Scotland, an 80% rejection result in UNISON’s local government pay consultation is also likely to lead to a campaign and an industrial action ballot.

Scotland’s local government committee has agreed to try and build a united campaign for industrial action with the other unions on the Scottish negotiating body.

The offer from the Scottish employers, hasn’t been improved in recent discussions despite recent increases in inflation. It stays at 2.5% each year for three years, with no weighting for the low paid, and no chance to reopen negotiations should inflation continue to increase over that period.

A Scottish local government conference has been called for 29 May, where a full report on the current position will be made, and a campaign is planned during June, aiming to build toward an industrial action ballot in the summer. 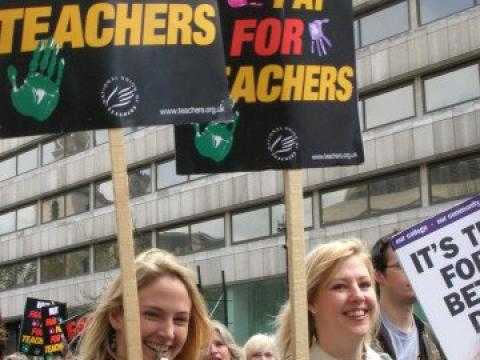