Are animals a class? It is a sign of our times that many people probably respond to this question with a resounding: "Hmmmm, this takes some consideration.", instead of a prompt: "No, bollocks."

Foxes killed in hunts or cats tortured for whatever obscure purposes figure more prominently in the compassion-economy of the average decent citizen than someone like Simon Jones, a Sussex student taking a year off who was killed on the first day of his new shit-job which he was forced to take under the Blairite New Deal regime. Animal rights actions -- ranging from granny-friendly Sunday demos in the countryside over the absurd hunger strike of Barry Horne to the terrorist acts of the Animal Liberation Front -- receive vastly more attention than "people's" rights actions of any kind. The reason why all this is so can be found in the reformist ideology at the heart of the animal rights dogma(1).

Animals constitute the perfect victims -- they don't talk back. In contrast to oppressed people, who may not only be oppressed, but also racist or sexist themselves, animals are only passively suffering. This means that the activist is not required to deal directly with the objects of her activism. Instead, she will constantly inhabit a necessary role. Since animals cannot liberate themselves, the human liberator is needed. Since animals cannot decide their own fate (presupposing that a concept like "fate" applies to animals), the human liberator will always be necessary to take decisions for "her" victims(2). This gives the activist the gratification of being essential to the struggle. In contrast, would the aim be the liberation of humans who suffer under the capitalist system, who are forced into spirit- and, as in the case of Simon Jones, literally body-crushing work, the activist must loose her vanguard role rather quickly and the victims must become agents of their own freedom struggle. This loss of position can be an uncomfortable prospect for certain kinds of activists and the cause of animal liberation, where the power position of the liberator is guaranteed, appears as a welcome alternative.

This, however, does only demonstrate that animal rights activists are not and cannot be revolutionary, but not the twisted nature of their ideology. For animal rights activists, the alleviation of the suffering of animals, which is real and despicable, is and in their view should be the central issue of the struggle for freedom. This has multiple implications. For one thing, it places the suffering of animals on a higher level than the suffering of humans. This is the result of either self-hatred or an utterly twisted ideology of history. In the former case, animal rights activists see humans as using, abusing, torturing and killing animals for no apparent reason. This is, however, the fallacy in their argument. It is, of course, fairly easy not to be personally implicated in the process of animal exploitation (everyone can become vegan, for example). But this focus on immediate personal action, which is one of the reasons that make the movement so popular, simultaneously obscures a larger theoretical perspective which would make clear that animals are at present treated the way they are out of purely monetary motives. It is thus not some evil inherent in human nature that is responsible, but an economic system that in the name of profit commodifies everything.

Some animal rights activists recognise these contradictions within the movement and instead have dreamt up a bizarre theory on oppression. They recognise that humans aren't all bad and that humans in their roles as workers, women, minorities, or generally as the alienated are just as exploited as animals. Now, the theory goes that the exploitation of animals is the first and central instance of oppression. All others, wage-slavery, sexism, racism, etc. are outgrowths of this first oppression. Hence, we have to fight the exploitation of animals and everything else will fall into place. In other words, if only people learnt being nice to animals, they would learn to be nice to each other as well. It is rather futile to elaborate this strange perspective any further. Suffice it to say that Hitler was a vegetarian and loved his German Shepherd dogs.

However, all this weirdness pales into insignificance when one analyses the reformist consequences of animal rights ideology: The narrow-minded and fanatical insistence that the most important problem to fight against is the suffering of animals. In essence this means that they really see nothing wrong with the economic order as it is, if only it weren't for those nasty experiments on animals and slaughterhouses. Many liberal activists within the movement freely admit that this is their position, epitomised in their heroine Anita Roddick, the Body Shop founder (and the administration's favourite Sussex graduate), who managed to become one of the richest people in Britain with her brand of compassionate capitalism. Nevermind that she busts unions in her overseas factories; after all she really cares about these people and knows what is best for them. Unnecessary to discuss, these people are enemies, whether they like animals or not. However, within the animal liberation movement there are those self-styled revolutionaries who consider themselves as some sort of chosen people who have seen the light. Prime examples of this attitude is the Animal Liberation Front, but also those Hunt Sabs who are convinced that their paramilitary games in the countryside are an important contribution to the class struggle. The important thing to remember is, however, that the capitalist system does not need fox hunts or slaughterhouses. If anything, it would probably be better off without them as it could serve as propaganda on how compatible this mode of production is with good, healthy, enlightened values. And it is exactly this which is the central fault of the animal rights ideology. It does not attack the core of the problem, it does not attack the capitalist order.

As mentioned above, for the liberals (many of them with a post-68 sell-out trauma), this is the beauty of it. They can live out their fantasies of political activism without disturbing suburbia. But the more radical animal rightists, whose dedication this article neither doubts nor belittles, should consider how much difference it would make to them and to the living conditions in this world if only animal oppression was eliminated and the rest remained the same. Surely, the conclusion can only be that animal rights are not on the top of the priority list. Of course, a struggle aimed at, to use a trendy term, the heart of global capital takes a lot more uncomfortable analysis and vision than the simple animals=good, people=bad logic. But at least it is a struggle for liberation and not for a reform of a murderous system. This is not to say that animal rights should not be on the list of priorities as even a minor achievement like, say, the abolition of wage labour not automatically would entail a better treatment of animals.

Because there are much more important targets to attack and animal rights activists waste time and energy on a side-issue, they essentially serve to sustain the status quo. And in this context it is not a coincidence that animal rights actions receive much more media attention than real revolutionary actions. By focussing in on this kind of activism, the media and public debate function as PR agencies for the animal rights movement even when condemning it. In this way it draws people who have energy and political dedication away from the real struggle and keeps them in a safe realm in which the system can prove its generosity by apparently reforming itself as a consequence of public pressure -- wonderful, a people's democracy! Yet everything remains the same, expect for the system that has become stronger and in that way can more effectively go about its business of exploitation.

(1) We use reformism not in the strict sense, i.e. the legalist and parliamentary "road to socialism" through "gradual improvements" as opposed to a revolutionary strategy, but simply as a term for those who aim to change minor aspects of the present society while not contesting it as a whole.

(2) Tragic-comical results of this abound. Animals that are "liberated" from laboratories often either die in nature or return to the laboratories, because they are unable to survive by themselves. Another popular occurrence is the "liberation" of large numbers of one species into one area which consequently wreaks havoc on the eco-system of this area, killing loads of indigenous animals. 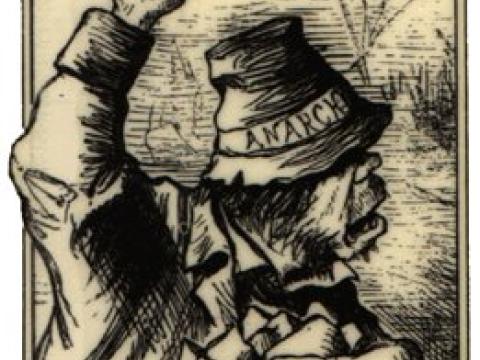 An attempt to rethink the separation between animal liberationist and communist politics. 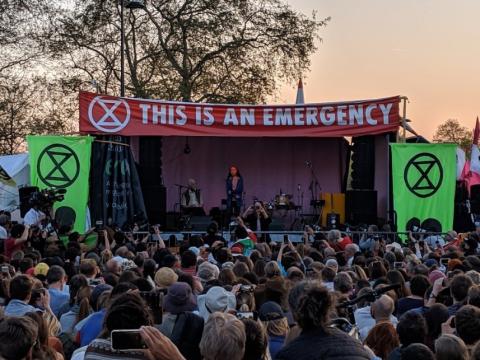 Reply to 'Letter on animal liberation' - Antagonism and Practical History

The authors of Beasts of Burden respond to Gilles Dauvé's Letter on Animal Liberation.