Christian Krähling, Amazon worker and activist, wrote this song for the Chicago Amazon workers at DCH1 warehouse. They won a fight for equal Paid Time Off (PTO) in March 2020, during a pandemic.
https://en.labournet.tv/pto-everyone

On 10th December our comrade and irreplaceable friend, Christian Krähling, passed away.

Christian had worked in Amazon in Bad Hersfeld since 2009. He was the co-founder of Amazon Workers International (AWI), a member of the Amazon works council in his warehouse, a militant, a great songwriter, and a dedicated grassroots troublemaker.

The history of AWI started in spring 2015 with Christian initiating the first meeting between Polish and German workers in Bad Hersfeld. Workers who took part in the meeting were highly inspired and decided to meet regularly. As a result, Christian and other German workers came to Poland in May 2015 for an internal meeting and a demonstration in Warsaw against precarious working conditions. In September 2015, Christian was in Poland again to give a public talk in which he described the aim of workers' organizing as follows: "We are the ones who perform, we produce the success. That's why we want to be the dominant factor. We want to determine our working conditions ourselves" [see the video (1) and the summary of the first "International Amazon Workers’ Meeting" (2)]. At the AWI meeting with Amazon workers from Poland, Germany, and France in the same month, Christian smilingly started to talk about small things workers in Amazon warehouses were doing to annoy the managers, to win some time, and to show their resistance. He motivated everyone to come up with more ideas of this kind of sabotage. He showed us that for him the struggle was not just about some collective bargaining agreement but about winning back workers' dignity in a fight with Amazon managers who would daily try to humiliate workers.

In the following years, workers' meetings were organized regularly every six months: in Berlin, Paris, Bad Hersfeld, Poznan, Leipzig, Madrid, and Lille. Christian was always present and stressed the need for international organizing [for more read the interview with Christian in the journal "Common Strategy to Gain Power and Think Bigger" (3)]. We met to discuss and share ideas, but also we distributed leaflets together in nearby Amazon warehouses, supported strikes, organized pickets in front of temp agencies, and took part in demonstrations.
Christian always played the key role in the AWI meetings: preparing reports, doing presentations, and proposing campaigns. For him the clue was self-organization of workers at the warehouse shopfloor level, while our meetings were an extension of this grassroot approach on the international level. If he heard of workers organizing locally who needed support, he just took the car and showed up. He spoke at employees' meetings in warehouses all over Germany to support local unions with his humor and eloquence. In 2018, he supported the strikers in Spain when he went to visit the strike of Amazon workers in Madrid on Black Friday.

Christian was a member of the ver.di trade union. However, his relationship with its leaders and officials was often conflictive. Fellow workers were his point of reference, not union bureaucracies, political parties, or NGOs. Asked if AWI should cooperate with such organisations, he was strategical, saying "during the last nine years of our organizng, dozens of outside organizations approached us offering support. But they all came and went. It is us who stayed always here, in the warehouses, with our people". He was however happy to build coalitions with Amazon workers on the different level of the corporation ladder: when two workers were fired at Seatlle Amazon headquater in the USA, he took part in a solidarity sick-out day (4).
In April 2018, during a demonstration in Berlin, organized by AWI and ver.di against awarding Jeff Bezos a prize for having a "visionary business model,“ Christian joined Amazon's Polish employees when politicians and union bureaucrats tried to take over the stage and marginalized them. He was also furious when the union officials spent a lot of money on conferences in luxury hotels while not funding workers' meetings. In 2015, some ver.di officials even refused to let Christian and shopfloor comrades go to international meetings to speak on behalf of their union. They went anyway and paid for the travel expenses themselves (and they did so in the following years too).

Christian wanted to organize strikes and empower workers, not to sit in conferences. When Polish workers organized a strike ballot in 2019, he and his co-workers made a solidarity movie, encouraging to vote "Strajk tak!" (Yes to the strike!, 5). Once Christian was invited to a conference organized by trade-union officers. He told us the story: he was terribly bored, couldn't wait to go for dinner and a beer, but none joined him afterwards, as for the others the conference was only a job. Christian was different: his whole life was engaged with it. He wanted to build friendships, laugh with others at Amazon's ridiculous internal policies, and plan the next actions at 5 a.m. At AWI meetings, he was always the last of us who went to bed - after singing protest songs. He planned to write an AWI strike-songbook. One of his songs was dedicated to the Chicago Amazon workers who organized walkouts in spring 2020 (5).

In recent weeks, during the #MakeAmazonPay actions, Christian took pictures with his co-workers in front of the Bad Hersfeld warehouse. They held souvenirs from international contacts that he had made: the flags of Workers' Initiative, of Spain's CGT Amazon, of France's Sud Solidaire, and on his cap he had a badge from the USA's Amazonians United, used in their campaign for paid time off (PTO). He also had scrawled on his vest a slogan that the Polish workers used in November 2020 to fight for a bigger bonus: "2000 zlotys for everyone". In the coming weeks, he wanted to create an international newspaper for Amazon employees, and organize money so AWI could make contacts with workers in Latin America. We will not let your great plans languish in a drawer.
We are in deep sorrow over Christian's death, and send our condolences to his family. AWI's structure has been seriously weakened, and we have lost a friend. The AWI Committee was supposed to meet next Sunday and Christian was supposed to discuss our further plans. We are sure that his last will would be for us to keep on fighting for workers power, put his ideas in place and extend our network, wherever Amazon employees say: "Enough, we deserve more!"

Christian, we are going to continue our common project, and we know you will be with us on every picket line. Thank you for the amazing time that we were able to spend with you, thank you for the inspiration that you gave to us! We will keep on fighting!

Christian had worked in Amazon in Bad Hersfeld since 2009. He was the co-founder of Amazon Workers International (AWI), a member of the Amazon works council in his warehouse, a militant, a great songwriter, and a dedicated grassroots troublemaker. 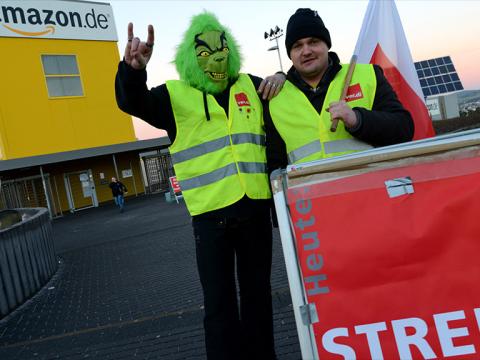 Welcome to the jungle: working and struggling in Amazon warehouses

Article on structure, working conditions and disputes at Amazon in Germany and Poland - reports and… 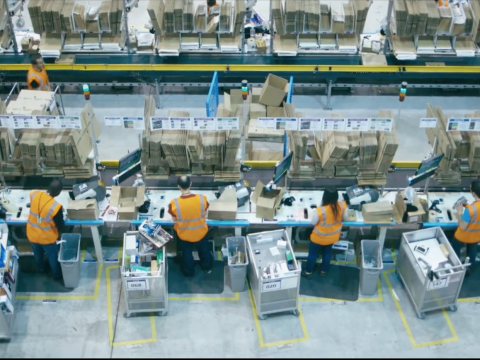 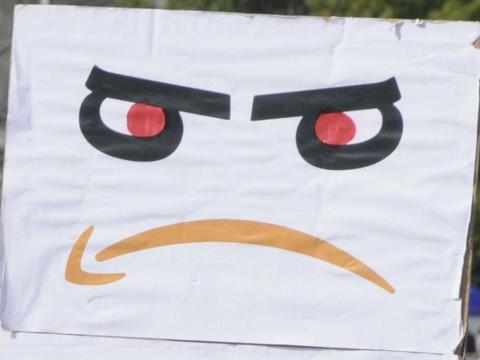 In mid-September, Amazon worker activists from Poland and Germany met in Poznan to further coordinate their workplace struggles. Through earlier… 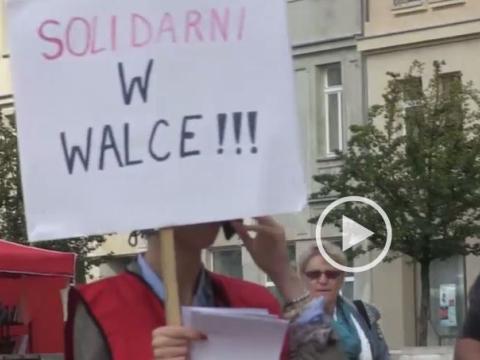 We posted a short report and the final statement on the cross-border Amazon workers meeting in mid-September in Poznan. Labournet.tv made a film…