Ugo Del Papa was born on 18th September 1875, the son of Romualdo and Lucia Pracchia. He became close to the anarchist movement from an early age. According to the police he was an enthusiastic “propagator of those criminal theories”. He was condemned on 22nd August 1894 to five months in jail and a fine for seditious talk.

In 1901 he was one of the founders of the printshop Tipografia Cooperativa Sociale which printed the anarchist paper Combattiamo. He was hounded for his activities and was brought to trial. He received a sentence of 7 months for “association with malefactors” (under the infamous article 247) later annulled, and 2 months for being the editor of the anarchist paper La Sentinella. He went on the run, and in the meantime was tried for incitement to class hatred and was sentenced to two months.

He emigrated to New York in May 1904, where he frequented Italian anarchist circles, and worked as a stone-cutter. The sentences were annulled under a 1905 amnesty but Ugo did not return to Carrara until November 1911, to become the leading light of the local anarchist movement.

On his return he again came before the court for bankruptcy as director of the Tipografia, a sentence of 8 months prison having been passed in his absence in 1906. The sentence was released on appeal and he was released in March 1912.

He became a member of the anarchist group Luce e Verita (Light and Truth) and was again arrested for propaganda against the war in Libya.

Alongside Meschi, he was extremely active in the successful strikes carried out by the Apuan working class, working within the CDL union, of which he was vice-secretary up to 1915.

The arrival of Meschi in Carrara, and his joint work with Del Papa, meant that the local working class began to recover from the lock-out of 1905 and its grim aftermath up until 1910.

In summer 1911 a two week strike among the quarry workers led to an improvement in conditions. A year later there was a general strike of all workers involved in the marble industry for the right to a pension.

In spring 1913 workers in Carrara and Versilia gained the 8 hour day. At the end of the same year and the beginning of 1914 there was a hard fight against another lockout that the marble bosses thought would be as successful as that of 1905.

A provocation led to the arrest of Del Papa, Meschi and Riccardo Sacconi on 11th January 1914. The strong reaction of the working class to this led to their liberation on the 31st January, and the end of the lockout, with the local proletariat in a much better position than it had been nine years before.

In the same period Ugo was editor of the CDL paper Il Cavatore (The Quarry Worker) and of Il ’94, paper of the local anarchist movement in 1911.

Despite his poor health Ugo attended the anarchist convention against war in 1915 at Pisa. Ugo always had poor health, and it was aggravated by his imprisonment in the jail at Massa di Carrara following his trial for in 1912.

His son Romualdo and his daughter Lina carried on the fight for anarchism. 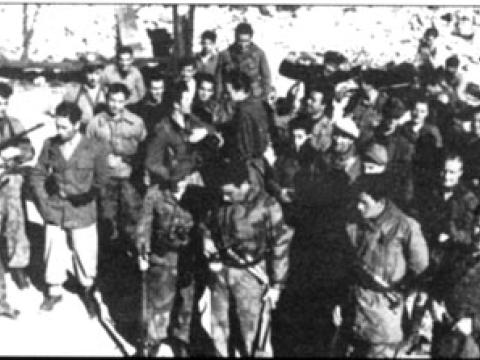 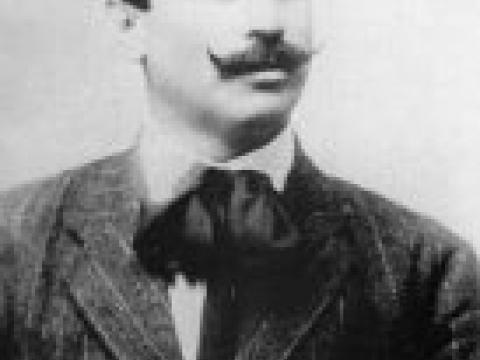