Destruction as a means of struggle - Anton Pannekoek

Prompted by the burning of the Reichstag in 1933 - by Marinus van der Lubbe, a council communist bricklayer and other possible accomplices - Pannekoek debates the value of destroying the products of bourgeois culture.

This article was apparently first published in Persdienst van de Groep van Internationale Communisten 1933, no. 7 at the same time as the article Individual Acts (a.k.a. The Personal Act). This translation has been made from the French translation in Echanges No. 90 Spring/Summer 1999. For the background to the events see Philippe Bourrinet.

The assessment of the burning of the Reichtag in the left communist press once again leads us to raise other questions. Can destruction be a means of struggle for workers?

First of all, it must be said that no one will cry over the disappearance of the Reichstag. It was one of the ugliest buildings in modern Germany, a pompous image of the Empire of 1871. But there are other more beautiful buildings, and museums filled with artistic treasures. When a desperate proletarian destroys something precious in order to take vengeance for capitalist domination, how should we assess this?

From a revolutionary point of view, his gesture appears valueless and from different points of view one could speak of a negative gesture. The bourgeoisie is not the least bit touched by it since it has already continually destroyed so many things where it was a matter of its profits, and it places money-value above all else. Such a gesture especially touches the more limited social strata of artists, amateurs of beautiful things, the best of whom often have anti-capitalist feelings, and some of whom (like William Morris and Herman Gorter) fought at the side of the workers. But in any case, is there any reason to take vengeance on the bourgeoisie? Does the bourgeoisie have the task of bringing socialism instead of capitalism?

It is its role to maintain all the forces of capitalism in place; the destruction of all that is the task of proletarians. It follows that if anybody can be held responsible for the maintenance of capitalism, it is as much the working class itself which has neglected the struggle too much. Lastly, from whom does one remove something by its destruction? From the victorious proletarians who one day will be masters of all of it.

Of course, all revolutionary class struggle, when it takes the form of civil war, will always provoke destruction. In any war it is necessary to destroy the points of support of the enemy. Even if the winner tries to avoid too much destruction, the loser will be tempted to cause useless destruction through pure spite. It is to be expected that towards the end of the fight the decadent bourgeoisie destroys a great deal. On the other hand, for the working class, the class which will slowly take over, destruction will no longer be a means of struggle. On the contrary it will try to pass on a world as rich and intact as possible to its descendents, to future humanity. This is not only the case for the technical means which it can improve and perfect, but especially for the monuments and memories of past generations which cannot be rebuilt.

One might object that a new humanity, the bearers of an unequalled liberty and fraternity, will create things much more beautiful and imposing than those of past centuries. And moreover that newly liberated humanity will wish to cause the remainders of the past, which represented its former state of slavery, to disappear. This is also what the revolutionary bourgeoisie did - or tried to do. For them, all of past history was nothing but the darkness of ignorance and slavery, whereas the revolution was dedicated to reason, knowledge, virtue and freedom. The proletariat, by contrast, considers the history of its forebears quite differently. On the basis of marxism which sees the development of society as a succession of forms of production, it sees a long and hard annexation of humanity on the basis of the development of labour, of tools and of forms of labour towards an ever increasing productivity, first through simple primitive society, then through class societies with their class struggle, until the moment when through communism man becomes the master of his own fate. And in each period of development, the proletariat finds characteristics which are related to its own nature.

In barbarian prehistory : the sentiments of fraternity and the morality of solidarity of primitive communism. In petty-bourgeois manual work : the love of work which was expressed in the beauty of the buildings and the utensils for everyday use which their descendants regard as incomparable masterworks. In the ascendant bourgeoisie : the proud feeling of liberty which proclaimed the rights of man and was expressed in the greatest works of world literature. In capitalism : the knowledge of nature, the priceless development of natural science which allowed man, through technology, to dominate nature and its own fate.

In the work of all of these periods, these imposing character traits were more or less closely allied to cruelty, superstition and selfishness. It is exactly these vices which we fight, which are an obstacle to us and which we therefore hate. Our conception of history teaches us that these imperfections must be understood as natural stages of growth, as the expression of a struggle for life by men not yet fully human, in an all powerful nature and in a society of which the understanding escaped them.

For liberated humanity the imposing things which they created in spite of everything will remain a symbol of their weakness, but also a memorial of their strength, and worthy of being carefully preserved. Today, it is the bourgeoisie which possesses all of it, but for us it is the property of the collectivity which we will set free to hand on to future generations as intact as possible.

Destruction as a means of struggle - Anton Pannekoek.pdf (257.4 KB) 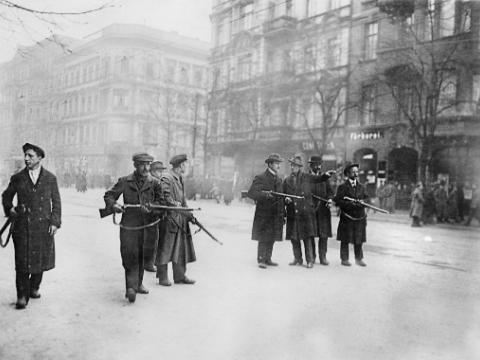 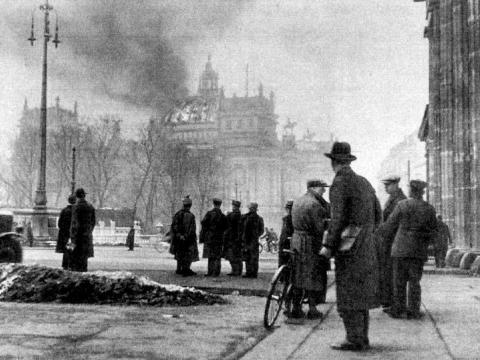 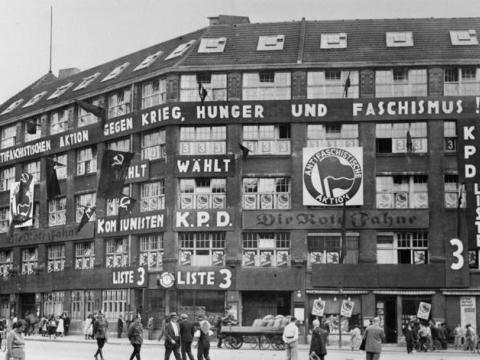