About 800 bus drivers of Amalgamated Transit Union Local 26 were involved in the stoppage.

Union president Henry Gaffney said that the strike grew from his members' frustration with the growing dangers on the unpatrolled buses - two drivers were assaulted in the last two days.

The latest assault occurred Tuesday evening when a driver refused to accept an invalid transfer, Marchel Curtis, a member of ATU Local 26 told the Detroit Free Press. The driver was struck repeatedly in the head and face and had to stop the bus. The assailant was allowed to continue riding to avoid further confrontation and later got off the bus, he said.

Curtis said the driver, whom he would not identify, was treated at a clinic and reported for work again this morning. He emphasized that Tuesday's attack was not the sole reason for the walkout. "This has been ongoing over years," he said.

"It's not our intention to hurt the public," he said. The drivers "were sorry they had to do this."

Curtis said "riders are in support" of the union's insistence that the council deal with the safety concerns.

Curtis said the walkout today was not organized by the union, but said union officers have joined drivers in not operating buses in support of their safety concerns.

The drivers reported for work early yesterday morning, but did not run scheduled routes from 3:10 am to protest the council's failure to accept an $12-million federal grant that would provide funds for law enforcement personnel to ride aboard buses, particularly problem routes.

Earlier this month, by a 5-4 vote, the council refused to accept the money to pay for Wayne County sheriff's deputies to ride the routes because of complaints from Detroit police union officials that their officers should be hired and because of liability concerns in the event of a problem aboard the buses.

Detroit police officers had patrolled buses until late 2005 when budget cuts forced the department to stop the patrols.

“We’re not striking,” said union president Gaffney, “but the city has an obligation to supply us with a safe environment to work in. It’s about health and safety.”

“There’s not one bus on the street,” he said.

Despite the solid walkout the Free Press claimed that the union agreed that drivers would return to work today still without an agreement on Sheriff's deputies providing security.

The strike that shut down New York

A report and analysis of the strike of New York City transport staff that shut down the city for three days, and brought down all the government's anti-union laws on the workers. Despite this, strikers managed to win important concessions. 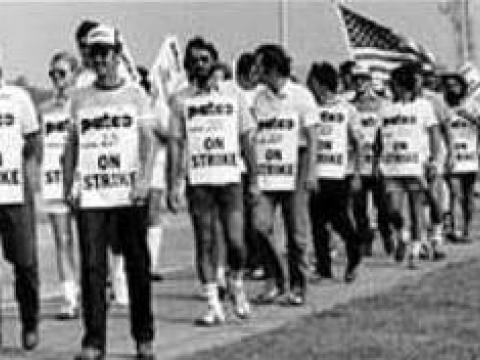