In some ways a marvellous film, Dogville is at root a con trick – which neither its director nor the critics acknowledge, argues Tom Jennings

In Dogville, Lars Von Trier claims to tackle big themes – (among others) religion and humanism; a community’s treatment of refugees; forgiveness and revenge; and the nature of modern (US) society. If that wasn’t enough, we’re saddled with various devices and genres – a starkly-lit, minimal, Brechtian set with white outlines painted on the floor instead of walls and roads; Dickensian chapter titles and all-knowing European voiceover; the American tradition of literary fables and parables, and its cinema of small town life (from the Western and Frank Capra through to David Lynch); all filmed in jerky digital video with realistic sound effects bearing little or no relation to the visual aesthetic. Despite vast overegging, the pudding’s artifice unexpectedly works, in the sense of fully engaging viewers with emotional power and immediacy for all three hours – justifying Von Trier’s ambition in artistic terms at least. In the calibre of its philosophy and politics, though, the film narrative suffers a similar fate to the mainstream bourgeois culture parodied – barely even raising the questions it purports to explore. But, unlike the director’s previous pretensions to profundity – e.g. Breaking The Waves (1996), The Idiots (1998), Dancing In The Dark (2000) – this heroic failure still gives more food for thought than most entertaining provocations can aspire to.

A glamorous Grace (Nicole Kidman) seeks refuge from a carload of heavies in a bleak Rockies village where a selection of stock stereotypes eke out an impoverished living. Middle class Tom (Paul Bettany) persuades the town meeting to grant her sanctuary in exchange for her communal labour, as part of his omnipotent fantasy of fashioning noble meaning in his life. The superb ensemble acting (particularly Kidman’s open-hearted humility) makes believable the defrosting of Dogville’s chilly conformist piety into something like loving collectivity, making its subsequent cruelty to her when the authorities close in all the more shocking. Once Grace exposes Tom’s motives he grasses her up, and after a lofty confab with her bigshot father his henchmen massacre the townspeople.

In effect, the structural trickery and cliched characterisation conceal Dogville’s underlying dishonesty. Grace is no outsider of equal status – she is not only posh, but specifically represents those historically responsible for the townspeople’s miserable grind. The twists and turns of the melodrama hinge on their response to this history – displaced onto her since active struggle against oppression has long since disappeared from their consciousness, just as the elite and their money have absconded over the mountain passes. This comprehensively compromises all talk of faith, arrogance and redemption among ordinary people, leaving the film merely as a meditation on the duplicitous malevolence of institutions whose pious pontification is ably backed up by their cultural lapdogs – in this case the megalomania of cinema, recalling Paul Virilio’s metaphor of it as a (class) ‘war machine’.

It certainly isn’t the anti-American tract many have supposed – it could have been set anywhere, although local idiom and provenance were obviously necessary; and box office returns would have suffered if it had been set in the director’s native Denmark. So, the harrowing final credits sequence of photographs from the 1930s US Depression documents the contemporary reality of Dogville’s period, with the clear implication that its contrived horror can in some way illuminate or explain the human condition and the real tragedies of history. But the hysterical hubris of the director, along with the great cultural traditions he references, merely exemplify the ascription of evil to the weaknesses of us lesser beings, which it is then the godlike responsibility of power to clean up (the state, capitalism or other gangsters in the political economy; and their religious and artistic apologists in the imaginative realm). Like many former New Left utopians, Von Trier delights in focusing his misanthropy on the potential for solidarity among us hapless ordinary dogs and bitches – which fails miserably due to our venality. Whereas in their moral superiority, the rich and powerful create spectacular havoc. Responding to this pessimism, we might intuit that the former is to a large degree (whether by accident or design) sedimented and structured into our lives precisely by the activities of the latter – and, adding insult to injury, subsequently interpreted as evidence of our unworthy status. OK, so we’re reminded what a vicious doghouse we’re in, but how we get out is trickier still. Unfortunately, amongst its other agendas and subtexts – which are accomplished most impressively – this is a tale that Dogville refuses to wag. 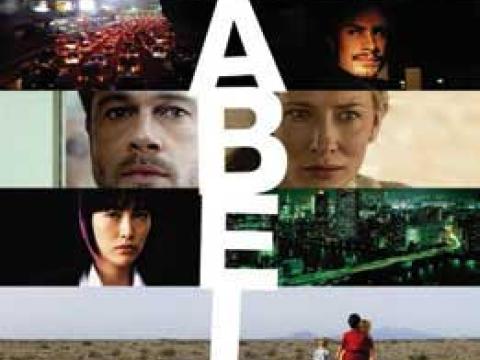 Review of the documentary about the corporate lampooners
Image 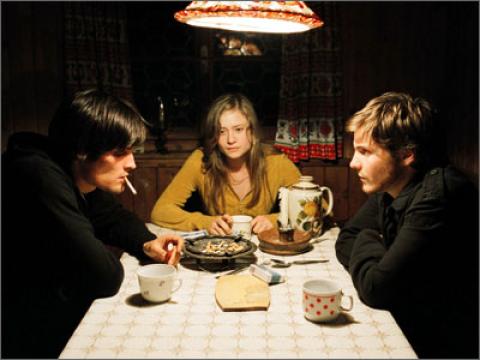