Workers at Dover port are to launch a three day strike from Thursday.

Hundreds of workers employed by the Dover Harbour Board (DHB) are to take strike action against plans to outsource their jobs. The ballot organised by Unite saw 83.5% of votes returned in support.

330 port workers were out on strike for 48 hours from the 18th of November over the plans to privatise around 190 jobs, including mooring, trailer handling and security roles. The outsourcing, which is due to come into effect in February, is expected to entail attacks on pay, pensions and conditions. A demonstration in Dover was attended by over 500 people, including supporters from the community and representatives from shipping workers' unions and the French CGT. Plans by the DHB to use Gurkhas to break the strike backfired after they walked out of training sessions. Attempts by management to work the site were prevented on health and safety grounds by the trainers, who are also members of the union. Kent police force implemented 'Operation Stack', a procedure where parts of the M20 are used to park lorries backed up by port disruption. 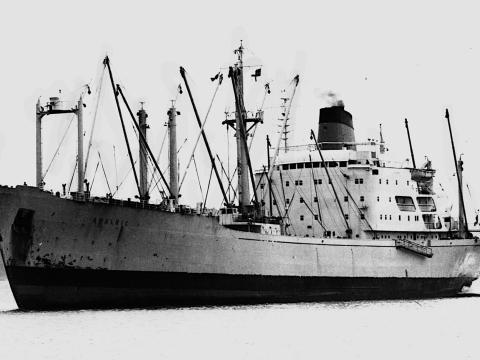 The Day British Seamen Said "No!" - A history of the Amalric Revolt

Leaflet produced as an intervention into the 1988-1989 strike by P&O ferry workers against attacks on their working conditions.
Image

A fascinating and detailed account of a little known international seamens' strike in 1925, lasting…
Image