The present journal aims to be the locus for an unfolding of the problematic of communisation. It comes from the encounter of individuals involved in various projects in different countries : among these are the journals Endnotes, published in the UK and in the US, Blaumachen in Greece, Théorie Communiste in France, Riff-Raff in Sweden, and certain more or less informal theoretical groups in the US (New York and San Francisco). Each of these projects continues its own existence. Also participating are various individuals in France, Germany, and elsewhere, who are involved in other activities and who locate themselves broadly within the theoretical approach taken here.

Sic is also the overcoming – in continuity and rupture – of the journal Meeting (four issues in French between September 2004 and June 2008) which set up an international meeting in the summer of 2008. Out of this gathering the project emerged as a truly international publication meant to explore the problematic of communisation within the conjuncture of the crisis that broke out in 2008. None of the participants in Sic consider their taking part as exclusive or permanent, and Sic may obviously embrace external theoretical contributions.

There will be an English language edition of the journal that will be the international publication, along with a French edition, and all texts will be found on a website in corresponding languages. In Greece and in Sweden, our comrades in Blaumachen and Riff-Raff will, apart from circulating their own texts published in Sic, incorporate translations of Sic texts in their own reviews and may publish specific editions of certain texts. This last option is encouraged in any other country or language.

Communisation
In the course of the revolutionary struggle, the abolition of the division of labour, of the State, of exchange, of any kind of property ; the extension of a situation in which everything is freely available as the unification of human activity, that is to say the abolition of classes, of both public and private spheres - these are all “measures” for the abolition of capital, imposed by the very needs of the struggle against the capitalist class. The revolution is communisation ; communism is not its project or result.

One does not abolish capital for communism but by communism, or more specifically, by its production. Indeed communist measures must be differentiated from communism ; they are not embryos of communism, rather they are its production. Communisation is not a period of transition, but rather, it is revolution itself which is the communist production of communism. The struggle against capital is what differentiates communist measures and communism. The content of the revolutionary activity is always the mediation of the abolition of capital by the proletariat in its relation to capital : this activity is not one branch of an alternative in competition with the reproduction of the capitalist mode of production, but its internal contradiction and its overcoming.

In the late 1960’s and early 1970’s, a whole historical period entered into crisis and came to an end - i.e. the period in which the revolution was conceived in different ways, both theoretically and practically, as the affirmation of the proletariat, its elevation to the position of ruling class, the liberation of labour, and the institution of a period of transition. The concept of communisation appeared in the midst of this crisis.

During the crisis, the critique of all the mediations of the existence of the proletariat within the capitalist mode of production (mass party, union, parliamentarism), of organisational forms such as the party-form or the vanguard, of ideologies such as leninism, of practices such as militantism along with all its variations - all this appeared irrelevant if revolution was no longer to be affirmation of the class – whether it be the workers’ autonomy or the generalisation of workers’ councils. It is the proletariat’s struggle as a class which has become the problem within itself, i.e. which is its own limit. That is the way the class struggle signals and produces the revolution as communisation in the form of its overcoming.

Since then, within the contradictory course of the capitalist mode of production, the affirmation of the proletariat and the liberation of labour have lost all meaning and content. There is no longer a worker’s identity facing capital and confirmed by it. This is the revolutionary dynamic of the present struggles which display the active denial of the proletarian condition against capital, even within ephemeral, limited bursts of self-management or self-organisation. The proletariat’s struggle against capital contains its contradiction with its own nature as class of capital.

The abolition of capital, i.e. the revolution and the production of communism, is immediately the abolition of all classes and therefore of the proletariat. This occurs through the communisation of society, which is abolished as a community separated from its elements. Proletarians abolish capital by the production of a community immediate to its elements ; they transform their relations into immediate relations between individuals. Relations between singular individuals that are no longer the embodiment of a social category, including the supposedly natural categories of the social sexes of woman and man. Revolutionary practice is the coincidence of the changing of circumstances and of human activity or self-transformation.

A problematic
This minimal approach of communisation constitutes neither a definition, nor a platform, but exposes a problematic.
The problematic of a theory – here the theory of revolution as communisation – does not limit itself to a list of themes or objects conceived by theory ; neither is it the synthesis of all the elements which are thought. It is the content of theory, its way of thinking, with regards to all possible productions of this theory.

By definition no list of subjects coming under a problematic can be exhaustive.

An activity
No theory contents itself with saying “this is what is happening,” “it speaks for itself”. When theory says, “it is so” or “this is how it is” – in a word, Sic – it is a specific intellectual construction. Abstract and critical in relation to the immediacy of the struggles : this is the relative autonomy of theoretical production.

In the present period, to identify and promote the activities, which, in the proletariat’s struggle as a class, are the calling into question of its class existence, means that it is this critical relation that changes. It is no longer an exteriority, it is a moment of these activities, it is invested in them. It is a critical relation not vis-à-vis the class-struggle and immediate experience, but in this immediate experience.

If acting as a class has become the very limit of class-action, if this becomes, in the contradiction of the current moment, the most banal course of struggles, then immediate struggles produce within themselves an internal distance, both practically and in their own discourse. This distance is the communising perspective as concrete, objective theoretical articulation of both the experience of struggles as productive of theory and of theory in its abstract and critical formulation, such as it is produced and exists here, and whose dissemination is becoming a practical, primordial activity.

The aim of this journal is to carry the key concept of this theory, communisation, in its becoming-social. This task is the activity of partisans of communisation, engaged in class-struggles, with the conflicts that traverse them. In the present moment, theory, as a totality of concrete activities (writing, journals, meetings, dissemination in many forms, etc.) is itself directly becoming an objective determination. 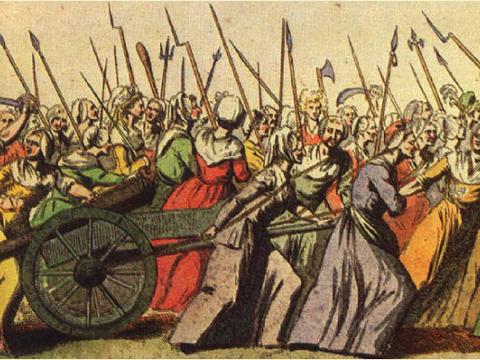 Is revolution back on the agenda? - Mark Kosman

Every attempt to go beyond capitalism has ended in failure. But are capitalism's present problems putting anti-capitalist revolution back on the…

Endnotes on communisation, organisation, spontaneity and the possibilities of current struggles. 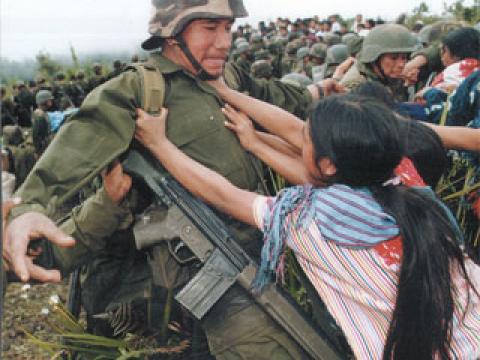 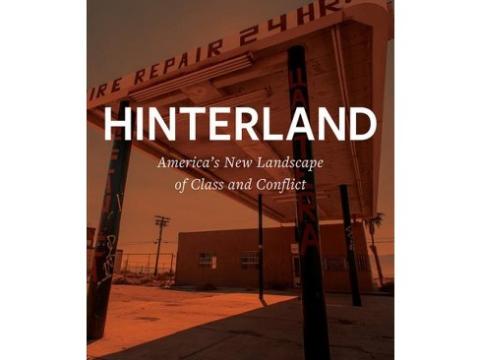