Editorial: We are not Gandhis

An anti-pacifist editorial from the September 1925 issue of Industrial Pioneer.

Even leaders of reactionary trade unions occasionally refer to their organizations as being militant, implying that militancy In associations of workers for economic advancement is effective. Usually such references mark anniversary orations, while in the everyday relations between their members and the employers class collaboration is stressed and militancy is discouraged. But whatever we may think about militancy or its lack in the trade unions it is a fact that aggressiveness, the will to hold fast to every gain that has been secured and ceaselessly to struggle for additional improvement is as necessary to a real, functioning union as red blood is to a healthy, living body.

I. W. W. ideational soundness and the eager determination of its advocates to propagate the message of revolutionary industrial unionism, to establish the correctness of its theoretical position by the evidence of victories crowning its practical application, early aroused employing class antagonism. As circumstances and their tempers dictated they have seen fit to jail our members, to deport them, to lynch them, to deny free speech and press and to raid our halls. Now had we been appalled with a sense of our unworthiness or op-pressed with hopelessness; had the bosses been able to beat this red devil of industrial union conviction out of us there would now be no I. W. W.

Aggressively and defiantly our speakers delivered their message to the workers; our delegates and organizers continued lining up new members; for every man sent to prison in the struggle many others joined the organization; Wobblies deported for agitating returned to agitate some more, and when the ruling class forbade our presses to operate we published our opinions notwithstanding. These are not the acts of pacifists. We are engaged in class warfare. Recognizing this belligerency between workers and employers the capitalist press does not regard it as an insoluble problem, but the fierceness with which the battles of industry are waged has compelled reflection in the language of bourgeois publications. "Wage disagreements" as they were called a few years ago are now headlined as "Industrial Warfare". With these journalistic sciolists evincing such an advance in terminology is it not time for the workers to regard their struggle as a class war?

Moreover, it is also time for well-meaning liberals to cease mentioning Wobblies as pacifists, as men and women imbued with a "turn the other cheek" spirit, or with the non-cooperation philosophy of the Indian leader, Gandhi. Recognition of class war leaves no place in our tactical program for such systems, but their influence has been active in our organization. Whenever a labor union loses its militant spirit it is an a dying condition. We have no business as industrial unionists than that of opposing the employing class ay all times and striving for the enlistment of other workers to the struggle's support.

Christianity itself, which is usually glorified as a pacifistic philosophy, hid away in the darkness of catacombs so long as its leading protagonists adhered to a non-militant philosophy, and it came out of the hole to spread over the world only when its mission was propagated at the sword's point. Gandhi's philosophy already betrays inconsistencies, and we find him quite recently saying that it is all right to fight to defend what you have. No passivity there. The I.W.W. is abreast of the times, and we are not in the age of the spinning wheel any longer; neither, then, should our mental processes hark back to ancient pacifism that proved a failure. The working class is faced with a machine development that steadily throws larger and larger numbers of workers out of jobs; that contributes continually to capitalist concentration and working class misery. This class operates the machines socially and the solution to its problems is in the abolition of private ownership of these wealth producing tools. The I.W.W. is fighting for possession of these tools by the working class.

Martyrdom is incidental to the progress of this battle for proletarian freedom; it is not the objective, and any who have entertained such an idea have not grasped the purpose of our organization.

Originally appeared in the Industrial Pioneer (September 1925)
Typed up for libcom.org by Juan Conatz

A shadow of glorious (though strange) good things to come: The Ranters and libertarian communism in the English civil war

An examination of the Ranters, one of the most radical groups to emerge during the… 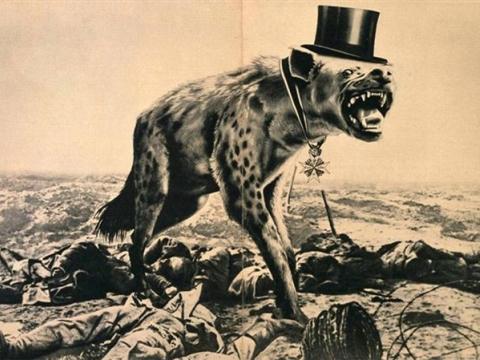 Right from the start of the war in Ukraine, Western imperialism has insisted it is all about an aggressor and a victim, and the defence of…

NlCOLAS WALTER, who was one of the original members of the Committee of 100 is a frequent contributor to Anarchy and to Freedom