The Election is Over: The Capitalist Class has Won

Statement from the Internationalist Workers' Group, affiliate of the ICT in the USA.

With the election of Biden to the post of lord of the free world, many are celebrating. No government policies will change. Indeed the more identical the two candidates are in their policies the more sectarian rancor there is between the supporters of the two teams of bourgeois America. If anything, the election simply signals more mass unemployment, more homelessness and more war. With no end to the economic lockdown of the service-based economy in sight, things will only get worse.

The incoming Democratic administration is set to be one of the most right-wing Democratic Party governments since Woodrow Wilson. It will be an administration of warmongers, war criminals and thieves. Many of them will be Bush or Obama era holdovers, thus ensuring political continuity. The support for the shale oil industry will continue unabated, despite the collapse in oil prices. Abortion procedures will keep becoming scarcer. Neither political party could come up with an unemployment assistance package prior to the election because neither faction wants to spend money on people doomed to be robbed, exploited, pushed into tent cities and early graves. On the foreign front, a Biden-Harris administration will have to prove they are more ready to use the US military than Trump. Kamala Harris will probably be more involved in the day to day administration of capitalist power than Biden. She will govern like Cheney, a spider in the shadows. As surely as Bush's wars became Obama's wars, Trump's policies will be Biden-Harris policies.

The entire bourgeoisie will keep leaping from one crisis to another, but the US no longer has the industrial base it had during the Great Depression and the economic crisis of the dying service-based economy will only worsen. The celebratory atmosphere in the streets is delusional. It will be dispelled when the true nature of the incoming administration reveals itself. It will, at best be a rerun of the Obama administration. For those celebrating, this might be a great thing. They didn't care about how many people are dying under US bombs. They don't care about how many workers are unemployed. The nationalist propaganda pump has primed them in advance to support a future inevitable conflict between great powers, and it will be American capitalism that must make the first move.

If the virus was the tipping point for the economy to crash, this simply makes the likelihood of a generalised imperialist conflict all the greater as the mechanisms of credit and currency manipulation fail to have any positive effect on the deepening crisis. All the state debt piled up from the lockdown likely has Anglo-American capital as the prime beneficiary. A grim season of famine dawns in a world that has become like a prison for the working class.

During the debates there was the typical lack of serious policy debate and more of a focus on two capitalists insulting each other and humiliating themselves in front of cameras. One of the very few policy differences between the two impacts so few people as to be the perfect meaningless proposal that a Biden-Harris administration won't have to follow through on – the right of transgender people to serve in the military. A beacon of democratic light that will be seen every time the US military destroys cities like Raqqa or Mosul. Of course they could also be lying, their mouths were open after all. It is a testament to the petty uselessness and blinkered vision of bourgeois reformism.

The alluring spectacle of elections and capitalist governance is the product of the pervasive bourgeois ideology that exploits a hopeless desire for a stability that the capitalist system cannot achieve. The exhortations to vote were frenetic in the run up to the election; it was as though they feared that workers might start seeing through the capitalists' masks. The key role of the political left of capital was loud and clear. In their minds Trump was the second coming of Hitler and this obligated one grand united front against evil for the salvation of democracy. It was a tiresome and delusional political script and now that democracy has once again been "saved" there will be a government that is functionally the same in all respects other than the faces in charge.

As Franklin Roosevelt once said: "Presidents are selected, not elected."

The more ebullient and frenetic the propaganda the more of a let down the continuity of capitalist rule becomes. Since the dawning of the present century the alternation of power in the US has become increasingly fraught with troubles, each alternation of power supposedly hailing a new era and each new era exactly like the old one save in the minds of the true believers. The empire is fragile and rotting at its very heart. This weakness can represent an opportunity for those workers who would seek to shake off the dead weight of the ruling parties. It is in this situation that the fringe parties of the left maneuver to bind the wayward working class more firmly to the Democratic Party faction in power. Capitalism is hopeless, but it's this weakness that may be exploited to the advantage of the working class if they start to become conscious of their unity of interest and their ability to organize themselves to fight. 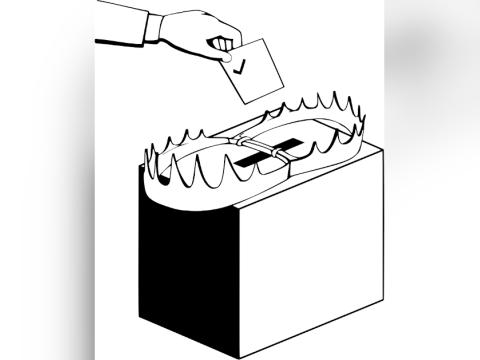 With the election of Biden to the post of “leader” of the so-called “free world”, many are…
Image 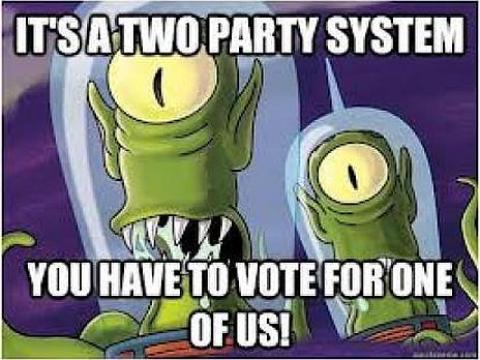 The recent change-over in the White House will not lead to major changes in American politics. On the domestic front the moderate Biden will be…
Image 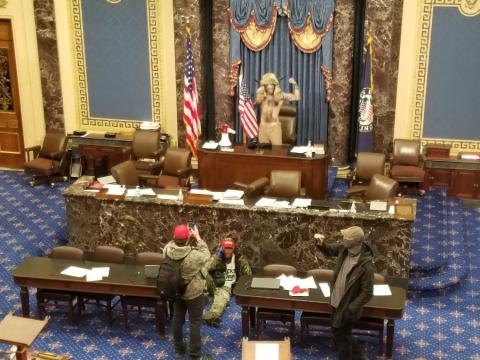 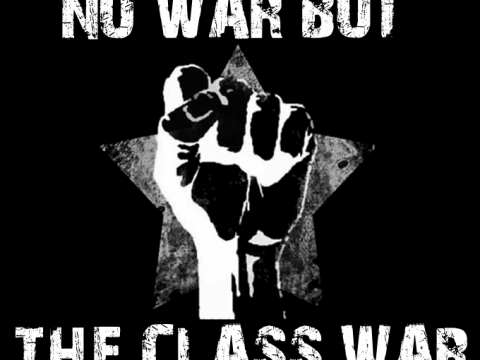 Since the end of November, the bourgeois media has inundated us with an increasing…