Emergency! Comrade Malik calls for our help: ‘Don’t allow the feds to assassinate me!’

Don’t allow the feds to assassinate me!

There is no such thing as coincidence when you are an outspoken servant of the people. Everything happens for a reason.

When I embraced this life as a freedom fighter and whistleblower, I knew there would come a time when the oppressors would place me in harm’s way and then feign ignorance.

I think it’s time we all got more serious about protecting our most advanced political elements. Whether it be Kevin “Rashid” Johnson or Sean Swain, we must protect our comrades who are trapped inside these razor wire plantations!

Dare to struggle, Dare to win. All Power to the People!

What does Malik mean?

On Nov. 17, supporters learned of this cryptic message (transcribed word for word above), which Malik headlined “Don’t allow the feds to assassinate me!” Although he gives us no clue to exactly what is happening to him, those words are clear: Comrade Malik fears for his life. His life is indispensable to the burgeoning movement to “End prison slavery,” words he made famous, and he deserves a response by all justice-loving people.

To try to understand what Comrade Malik – Keith “Malik” Washington – is writing between the lines, here’s a reminder of recent events in the life of one of the most effective and popular prisoner advocates in the country, who has volunteered to come to San Francisco upon his release to become Bay View editor. Malik was unexpectedly paroled in August after 12 years in Texas prisons and transferred to the federal Bureau of Prisons to serve the final 18 months of an old sentence.

Upon his assignment to USP Beaumont, known as “Bloody Beaumont” for the frequency of violent assaults and murders, he was set up for a vicious beating, thrown in the “hole” (solitary confinement) and held incommunicado for more than a month. Only in the last few days has any of his mail to supporters been received.

The reason Malik names fellow prisoners Kevin “Rashid” Johnson, minister of defense of the New Afrikan Black Panther Party, and Sean Swain, an anarchist prisoner, is apparently that they are also in danger of assassination.

How can we save Malik’s life?

First and foremost, knowing the power of public pressure on prison officials, who fear exposure of their rampant wrongdoing, we must relaunch the phone zap originally announced on Oct. 29. For convenience, that message is repeated here:

Keith “Malik” Washington, a long-time Bay View contributor who plans to start working at the paper full time on his release, is currently being held in solitary confinement after being attacked at USP Beaumont. Other prisoners had previously warned that he was in danger at Beaumont and had suggested that he was being made a target because of his activism.

Malik urgently needs to get out of this dangerous environment and into an institution in California so it’ll be easier for him to start working at the Bay View right away when he gets released. And a show of public solidarity and support will let the prison officials know that many, many people are watching out for him and they can’t get away with any more dirty tricks.

If you’re not familiar with Comrade Malik, a nationally respected advocate, read some of his stories here and on ComradeMalik.com.

Here’s how you can help

Call the numbers below and read this script to the person who answers or leave a voice mail:

“I am contacting you on behalf of Keith Washington (#34481-037), a prisoner who was recently assaulted while being held at USP Beaumont. It is my understanding that Mr. Washington is hurt and being held in the SHU with restricted access to the outside world and that an investigation is currently underway. I request that you complete this investigation as swiftly as possible, that you recommend Keith Washington be transferred to a California facility, and that no further disciplinary measures are taken against Mr. Washington, a man who has no history of violence other than what he has been exposed to in your institution.

“Can you confirm whether there is a specific Designator currently working on Mr. Washington’s case, and who they are if so? I wish to recommend that Mr. Washington is transferred as quickly as possible to a lower security, less violent facility in California, as he is due to take up employment and residency there and it would be most appropriate for his standing.

“Please be advised that we are currently actively investigating the possibility of taking legal action to redress the harm that Mr. Washington has suffered in your care and as a result of your negligence.”

Here are the phone numbers to call and emails to use as well; please contact as many as you can:

That office, after being told about Malik and the problems, gave us the name and phone number for the regional office. The director, Mr. Baltazar, “doesn’t take calls from the public.” Imagine that!

When I embraced this life as a freedom fighter and whistleblower, I knew there would come a time when the oppressors would place me in harm’s way and then feign ignorance... We must protect our comrades who are trapped inside these razor wire plantations! 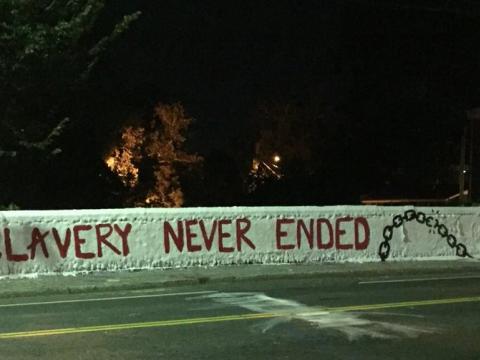 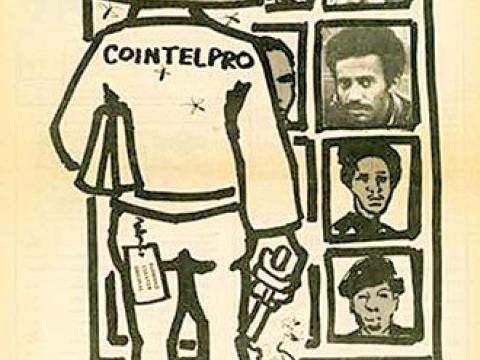 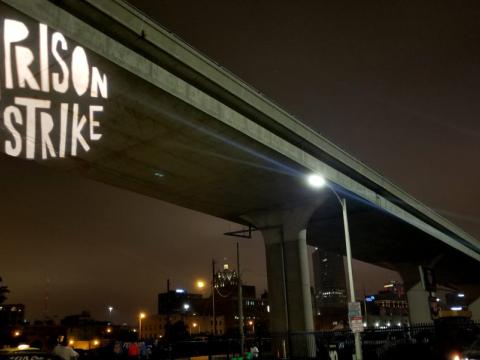