Errors and Peculiarities of the POUM

Errors and Peculiarities of the POUM by Grandizo Munis, 1937 | Translated by Fionn Munin

When the POUM signed the electoral manifesto that gave birth to the Popular Front a year ago, our international organization made harsh criticisms, which the POUM leaders have described as slander. That signature, which exceeded the limits of the united front commitment, augured a whole succession of capitulations and concessions of principles, always invoking particularities that the “sectarians” are incapable of seeing, which would prevent the POUM from becoming the pole of attraction for the masses and educate the cadres of the proletarian vanguard.

During the past year the greatness and abundance of events, in the midst of which the POUM remains an almost exclusively Catalan party, strongly corroborate our observation. The “peculiarity” on which it relied to include itself in the Popular Front was, basically, to ignore that a party that firmly aspires to revolution must know how to sacrifice a momentary advantage, acquired at the price of a concession, for the benefit of a further development. For the masses to understand and follow a party, it must have a perfectly defined physiognomy. Any approach, even partial, towards the enemies of the proletariat, confuses the party with these, blurring the boundaries between reformist and revolutionary politics.

In spite of this, conditions in Spain were so favorable that the POUM would also have quickly recovered all that was lost by quickly and deeply rectifying its policy. But unfortunately the leadership of the POUM does not seem to see in our revolution anything but “peculiarities”; [and] always peculiarities that allow it to on the daily accept the position [that] closes its eyes to the future.

The latter is, as long as there is no truly revolutionary party, the most dangerous feature of the POUM, since, although it persists in ignoring it, as a party of the extreme left it can powerfully influence the consciousness of the masses and even determine the path of the revolution. Today, as we are going through days of enormous gravity, the POUM’s political unpredictability, its confusing, erroneous or contradictory slogans, its lack of will for political struggle, which reaches proportions of inertia, its continuous retreat from the Stalinist-reformist bloc and from the the capitulations of anarchism, and in the most concrete way, its total disregard for the immediate revolutionary outcome of events, which dangerously threaten a reactionary outcome, all this can provide the environment for Stalinists and Socialists reluctantly followed [by] Anarchists to offer us the peace that they so long for in the secrecy of their bureaucratic cages, the triumph of the fascists that they do not yearn for but facilitate, or the imperialist war that they prepare although also fear.

What does the POUM do with all this? What perspective does it see? What slogan opposes these principles? Discharging all responsibility for the situation on the traitors is not sectarian but a sign of powerlessness. Traitors must necessarily betray. The revolutionaries are there to prevent the triumph of the traitors. The POUM exists and hollows its voice to call itself the party of the revolution, but does it effectively fight against the betrayal that buzzes over our heads daily, waiting for the right moment to fall? No; it does not fight. It lets itself be carried away by events, asleep waiting for the masses to come looking for it, and to cover the duty of saying something it launches any slogan from its special dictionary.

In order to eliminate all opposition to its sinister intentions, Stalinism has launched a campaign of slander and persecution against the POUM. The weaker section of Madrid, living in a military unit and also representing the left wing of the party, has suffered the first and most violent attacks. The confiscation of its press and radio is followed by a physical attack, perhaps soon a Moscow court process. Against these attacks, every revolutionary organization has the duty to vigorously defend the POUM. But above all, it must know how to defend itself by responding to the persecution with political attack, thoroughly employing a campaign of agitation against Stalinist procedures that forces anarchist organizations to position themselves on one side or the other. The POUM has plenty of strength to succeed in this endeavor; however, we are seeing it retreat, give ground to Stalinism, make a few inconsequential protests in La Batalla to immediately withdraw into its usual inertia, waiting for the hour of martyrdom to arrive in Catalonia.

Exactly the same thing happens in the larger arena of the class struggle. All the margin, nothing small, that through the civil war was given to the working class to group together to form a revolutionary party is running out. Nobody, not even the POUM itself, will claim that the working class today has the necessary conditions to seize political power and create its own Class State. On the contrary, the danger is that the bourgeois state is totally consolidated at the expense of the proletariat. The only positive way out resides in the [illegible] class spirit of the proletariat, which revives the general spirit, prevents any reactionary way out and grants a new indispensable period to prepare for the seizure of political power. We have formulated this solution under the slogan of “the revolutionary front of the proletariat.” In the masses there is great distrust towards the Popular Front. Even among anarchists there is a general animosity to the politics of their ministers, they begin to realize the need for class politics. Nobody wants imperialist war either, much less an armistice. There are very favorable conditions for the establishment of the revolutionary front, which would ruin the FP and its projects, initiate the breaking of the sacred union throughout Europe, and allow the party of the revolution to be organized and find the way to power.

In the intimacy of their home some leaders of the POUM will probably understand this, it makes it suspect that the adhesion of the JCI to the front of revolutionary youths, which although incomplete and confusing in some points, may represent a principle of positive proletarian reaction; but the POUM is afraid to undertake any campaign for a revolutionary front, it does not want the Stalinists to be able to say that it intends to break the FP and it indulges in bureaucratic conciliations with the anarchists, perhaps hoping that they will suggest a front similar to that of the youth. Meanwhile Stalinism triumphs, the bourgeoisie is rebuilding itself and the confusion of the masses fertilizes all reactionary projects. But the POUM does not lack, far from it, a slogan of good appearances: “Workers and peasants government”. In moments of discouragement, when it thinks it is definitively distanced from the Generalitat, the leadership of the POUM launches a slogan in big headlines, as a challenge to the Stalinists and as a miraculous elixir that with a single blow can change the face of events.

No one could say exactly what the POUM understands for workers ‘and peasants’ government. The collaboration it practiced in the committee-based government? In the first case, the workers already have proof that they only serve the bourgeoisie; in the second, the slogan is totally untimely, because there are hardly any committees, the ones that remain do not have the adequate structure and therefore can only prepare the ground so that the committees can take over power. Only the revolutionary front of the proletariat, breaking the class coalition, would initiate this preparation.

To the comrades who, within the POUM, trust in the elimination of the previous errors by the leadership itself, we assure you that it does not have and has never had the serious intention of preparing the seizure of power by the proletariat. In relation to the collaboration, we said in our previous issue that “the POUM’s lack of criteria is more apparent than real.” As soon as the friction between the anarchists and the Stalinists has offered the (very remote) possibility that the CNT supports the governmental candidacy of the POUM, L’Hora, which has always been a few centimeters to the left of La Batalla, demands on the 19th a government of revolutionary prestige in the Generalitat, “the one that returns the POUM with greater representation than before and that of Esquerra is reduced”. We should seriously ask the leaders of the POUM what “particularity” they have found in order to hand over the workers’ movement to Stalinism in this way. It is absolutely imperative to declare that the leadership of the POUM is the main obstacle to the formation of the Revolutionary Party. Its militants have the duty to fight against the opportunism of the leadership, which allows itself to be run over by Stalinism, always capitulates in the most serious moments and prevents the proletariat from finding a revolutionary pole next to which to group together and sweep away the enemies on the path to power.

The struggle for the revolutionary front of the proletariat will give the militants of the POUM an excellent opportunity to sometime control their leadership and render a service to the social revolution. If this is not achieved, the POUM itself will march towards ruin and the revolution will enter a reactionary phase. 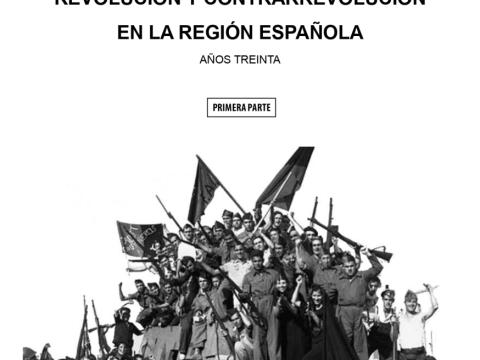 We publish here a historical document, elaborated in 1997 by comrades of the…
Image 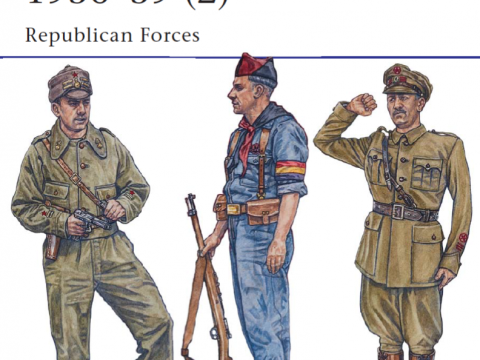 The Spanish Civil War of 1936-39 was of enormous international as well as national significance. In this gripping volume, Frances Lannon explains…
Image 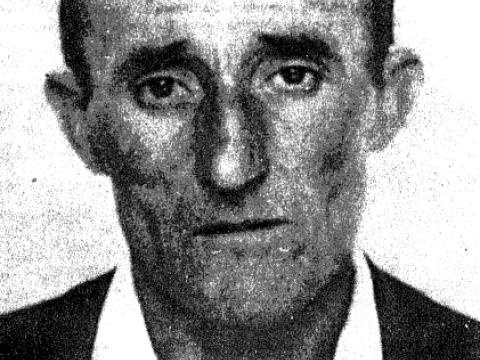