This whole incident has put the U.S.-Israeli controlled Palestinian group Fatah into full panic mode. President of the Palestinian Authority (the Palestinian Authority is for all intents and purposes the same as Fatah), Mahmoud Abbas, is reported to have told a delegation from JStreet that he is “very, very, very afraid” of what may happen should any of the hunger strikers die in prison. “I am afraid, God forbid, that the security system here will collapse.” Abbas has very good reason to be afraid. It is a well-known secret amongst residents of the West Bank that Fatah’s security forces are armed and trained by Israel and the United States government. As Chomsky writes, “The United States Government appointed a special envoy, Lt. Gen. Keith Dayton, to work with Abbas forces, and helped channel $40 million to buildup the Presidential Guard, which were the Fatah forces associated with Abbas.” The Arab uprisings have so far conspicuously failed to encourage any action in the occupied territories, but Fatah’s leaders are nervous that this may change with the deaths of one of the hunger strikers.

Knowing that his death is close at hand, hunger striker Thaer Halahleh wrote a letter to his daughter that was translated and posted on the website Electronic Intifada. It reads:

My Beloved Lamar, forgive me because the occupation took me away from you, and took away from me the pleasure of witnessing my firstborn child that I have always prayed to God to see, to kiss, to be happy with. It is not your fault; this is our destiny as Palestinian people to have our lives and the lives of our children taken away from us, to be apart from each other and to have a miserable life. Nothing is complete in our lives because of this unjust occupation that is lurking on every corner of our lives turning it into eeriness, a continuous pursuit and torture.

Here is a link to the full letter.
Solidarity to the Palestinian hunger strikers!

Egypt has brokered a deal aimed at ending a hunger strike of some 1,600 Palestinian prisoners in Israeli jails, a Palestinian source close to the negotiations said on Monday.

"Egypt has concluded a deal to resolve the prisoner crisis that included Israel's acceptance of prisoners' demands in exchange for ending the hunger strike," said the source, who is close to the talks in Cairo.

One in three of the 4,800 Palestinians serving time in Israeli jails began refusing food on 17 April in a protest against detention without trial and to demand improved conditions such as an increase in family visits and ending solitary confinement.

Egyptian mediators have been meeting Palestinian officials negotiating on behalf of the hunger strikers, and the source said an official announcement of the deal would be made after prisoners and Israeli authorities work out details on putting the accord into motion.

While Israel had signaled it was prepared to offer concessions on prison conditions, it has showed no willingness to end so-called administrative detention, where prisoners can be held indefinitely without charge or trial.

Insha'allah this bastard and his puppet "government" WILL collapse. 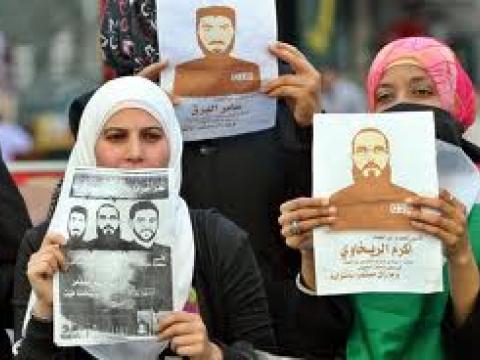 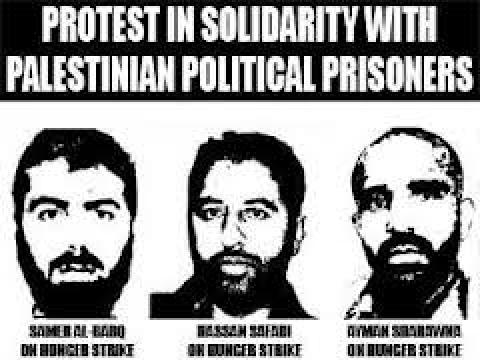