The February revolution, Petrograd 1917: the end of the Tsarist regime and the birth of dual power - Tsuyoshi Hasegawa

The most comprehensive book on the revolution that toppled the Tsarist monarchy and ushered in the next stage of the Russian Revolution. Hasegawa presents in detail the intense drama of the nine days of the revolution, including the workers' strike, soldiers' revolt, the scrambling of revolutionary party activists to control the revolution, and the liberals’ conspiracy to force Tsar Nicholas II to abdicate.

Based on his previous work, published in 1981, the author has revised, enlarged, and reinterpreted the complexity of the February Revolution, resulting in a major and timely reassessment on the occasion of its centennial.

Russia and the First World War

2 The Political Crisis of the Summer 1915

3 Deepening Gulf: The Government and the Liberals, 1916

4 Petrograd during the War

5 The War and the Workers

6 The War and the Revolutionary Parties

7 The Tsar, the Tsarina, and the Government

8 The Security of Petrograd

10 The Liberals, Conspiracies, and the Freemasons

11 The Workers and the Revolutionary Parties

The Petrograd Soviet and the Duma Committee

17 The Formation of the Petrograd Soviet

18 The Formation of the Duma Committee

19 The First Steps of the Duma Committee

20 The Petrograd Soviet and the Masses

The Abdication of Nicholas II

22 Nicholas II and the Revolution

23 The Duma Committee and the Monarchy

24 The Stavka and Counterrevolutionary Attempts

25 The Abdication of Nicholas II

27 The Formation of the Provisional Government

29 The Provisional Government, the State Duma, and the Birth of Dual Power 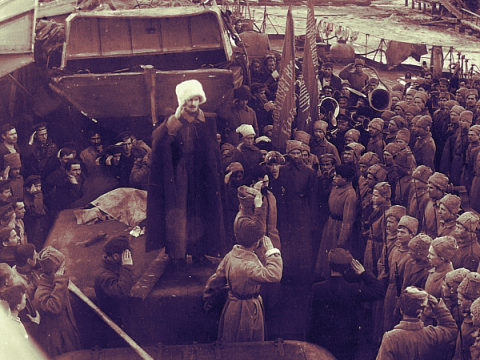 The demands of the Kronstadt insurgents. February 28, 1921; expressed in the “Resolution of the General Meeting of the Crews of the Ships of the…
Image

Paul Avrich's account of the anarchist movement during the Russian revolution.
Image 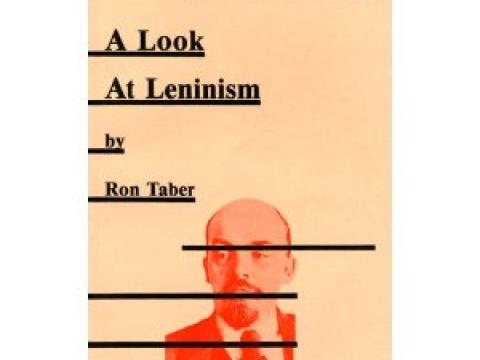 Published in 1988 this work by Ron Taber takes a critical look at Lenin and the early Bolshevik parties ideology dubbed "Leninism".
Image