What is a federation?
Federations are essentially unions of autonomous organisations and/or affinity groups. An anarchist federation can be viewed as the regional, or national, or international decision making body of the union (depending on the federation's self-imposed geographical limitations) and the collectives or affinity groups that belong to the federation can be viewed as autonomous union locals. Federations are formal organisations with constitutions, bylaws, and specific membership guidelines. There are three general types of federations that have been formed in recent memory, they can be refered to as "Specialist", "General Revolutionary", and "Synthesist" Federations. This terminology is in no way standard, but it is useful for purposes of description.

Specialist federations
Federations, like affinity groups and collectives, can exist to serve a specific role or achieve a specific goal. An example of a "specialist" federation is the Anarchist Black Cross Federation (ABCF http://www.anarchistblackcross.org), which exists to do support work for political prisoners.

General revolutionary federations
Federations can also be very broad in scope and focus on organising around a particular political viewpoint, as well as doing organising work and activism that embodies and advances that political view. An example of a "general revolutionary" federation is the North Eastern Federation of Anarchist-Communists (NEFAC http://www.nefac.net), which is a federation with a broad scope that does a variety of organising and activism consistent with the principles of Anarchist-Communism.

What is a Network?
A useful way to define an anarchist network is to compare it to an anarchist federation. Networks are far less formal than a federation (although, some networks are formal enough in structure to blur the line between network and federation), and they usually only require an agreement to a set of principles or the sharing of a general political viewpoint as a qualification for membership. Also, unlike federations which emphasise collective action and organisation, networks emphasise autonomy over formal organisation. This does not mean to imply that anarchist networks are not organised or that they are against organisation. It simply means that their organisational focus is on allowing individual member groups to engage in actions that fit within the context of the network and utilise the network itself primarily for solidarity and support of the individual member groups as needed.

Formal networks
What typically makes a network formal is that it has a "global" decision making structure - meaning that, like a federation, there is an overarching body of delegates that make decisions pertaining to the network as a whole - in most other aspects formal networks are mostly the same as informal networks. A good example of a formal network was, the now largely defunct, Direct Action Network (DAN).

libcom.org 2005
Adapted from Anarchism in Action by Shawn Ewald. 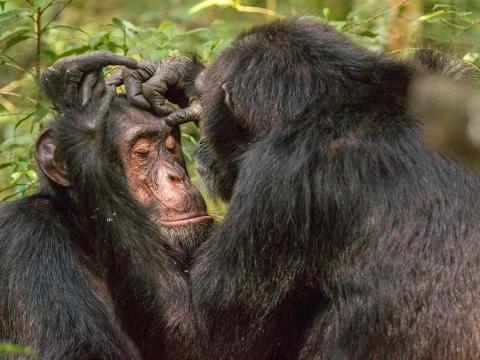 Russian anarchist Peter Kropotkin's massively influential work on mutual aid and co-operation as a factor in evolution, written in 1902. 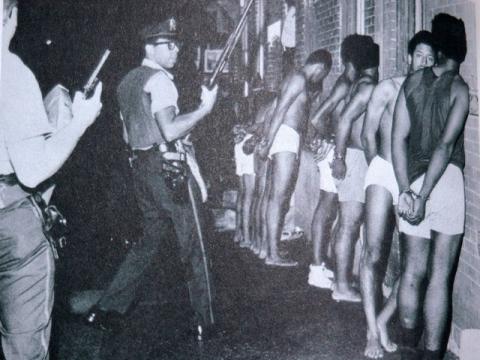 From repression to revolution - speech by Kenneth V. Cockrel

Kenneth V. Cockrel's speech at a repression conference in Detroit outlining some problems with the…

Anarcho-Sceneism: What it is and how to fight it

RAAN highlight their struggle against lifestylism, and the problem of 'the scene' limiting organisational practice, as it is inhibited by sub-cultures that move into activism formulating their own cliques. As they argue "If scenes are the bourgeois social structures that arise as a result of people struggling to come to terms with alienation, then “Anarcho-sceneism” is the held belief that a revolutionary movement…