“Red” Len McCluskey is once more rattling his sabre ahead of the General Election. But don’t expect it to ever be drawn. Here’s five reasons why.

McCluskey’s latest outburst is in an article for the Guardian following a change to Unite’s rule book. The union has deleted the words “so far as may be lawful” from its commitment to fight for its members interests, in response to the threat of more draconian changes to labour law in the event of a Tory election victory.

This has got more than a few people excited at the prospect of a real fight against the UK’s anti-strike laws. But before you get your hopes up, remember:

1 – McCluskey has said similar many times before

Whatever else he might be, McCluskey understands his job as General Secretary of Unite. He knows well that his job is ultimately to broker peace between the classes, but that militant rhetoric has its place when you need to cause a stir. This is why he has called for civil disobedience on an almost annual cycle since the Tories got into power. But this is brinkmanship and PR on a six figure salary, not the precursor for rioting in the streets. 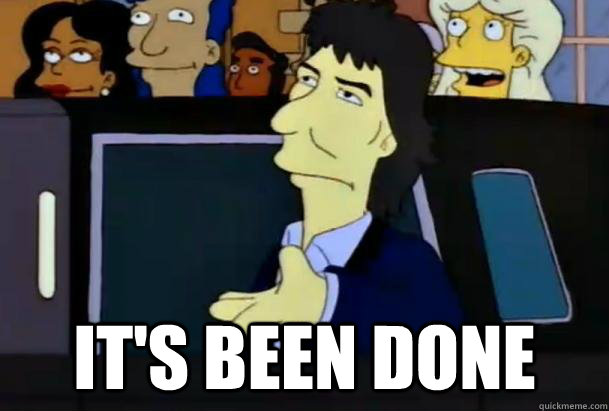 The one thing different this time is that Unite has changed their rules. This means something’s definitely in the offing, right? Well, no. It’s a pretty standard feature of union rulebooks that one of the first rules lays out the objects of the union – and Unite is hardly the first one who’s rules exclude an explicit restriction to lawfulness. Even RCTU, a right-wing scab union set up as a rival to PCS in HMRC, doesn’t have this caveat. But not one of them is out there taking unlawful action (and they’re all quick to distance themselves if their members do, for fear of asset seizure). In short, beyond symbolism, the rule change achieves precisely nothing.

Let me emphasise Unite’s continuing determination to operate ever more effectively within the law, even when that law is an ass and ill-serves our people.

4 – Even in theory, the rebellion is tame

In the article, McCluskey offers a flavour of the disobedience he’s touting. Wildcat strikes? Industrial democracy being enacted through mass meetings and mass pickets? No:

If partisan legislation designed to push the legitimate democratic work of trade unions outside of the law is driven through parliament then we, in Unite, will not go gently into the night. We will rage against the dying of the light. We will drive forward with modern technology and use it to increase turnouts in our ballots without being shackled by prescriptions – such as postal ballots – imposed in another age. We are not going to let the Tories destroy our democracy by shackling us to archaic procedures.

Beyond the completely absurd rhetoric, perhaps meant to evoke Dylan Thomas but more reminiscent of Bill Pullman in Independence Day if he was advocating the duck and cover method instead of preparing to lead an air battle, all we’re offered here is a procedural rebellion. The requirement for secret ballots, detached from the workplace, mass meetings and open debate, is accepted but the method is disputed.

Yet if he followed through with this, the result would either be a guaranteed injunction or (if the strike went ahead) seizure of Unite’s assets and “Red” Len being dragged to jail. This would be a powerful gesture of rebellion, no doubt, but again – that’s not something people running a business on a six figure salary do.

5 – This is still ultimately a shill for Labour

McCluskey is quick to point out in the article that he’s not an anarchist. What goes unsaid is that he’s not a socialist either, but a tout for Labour Party-brand capitalism and the rose-tinted spectacles needed to pretend it’s anything worthwhile.

He claims that Labour’s victory in 1997 “was one of the happiest days of my life.” This tells us that he needs a hobby. But it also suggests he wasn’t paying attention if he thinks it was all good except for them not repealing the Tories’ anti-strike laws. Not that we should be surprised given that he totally supports the watery nationalism of One Nation Labour and the workfare-lite of the Compulsory Jobs Guarantee.

At any rate, ultimately the lesson we’re supposed to learn here is that the Tories will make things worse. If we also acknowledge that Labour won’t make things better, that compromises McCluskey’s position deep in Miliband’s rectum, which just won’t do. Hence the pre-existing framework of anti-strike laws is safe from Unite, especially if Labour get in.

What we need – mass action, not token posturing

The Tories proposed additions to the anti-strike laws will make taking strike action so much more difficult for unions. Even if we never see that, the existing laws still amount to the most draconian in Europe. Clearly, it’s in our interest to do away with that.

McCluskey was half-right in that the answer involves breaking the law. But what we need is not a token gesture in the name of shallow party politics, but mass action.

Previous legal impositions on trade unions fell because they became unworkable. This is true stretching from the Combination Act 1799, the Master and Servant Act 1823 right up to the In Place Of Strife white paper by McCluskey’s beloved Labour Party which inspired the later Tory anti-strike laws. Indeed, Thatcher’s anti-strike laws would have been Heath’s anti-strike laws if his government hadn’t been brought down by industrial unrest.

It is harder to challenge those laws now because they are so long embedded and have the unions so universally cowed. But if they do fall, it won’t be because Labour or any other party listens to special pleading, but because the power of the organised working class forces the government (regardless of tie colour) into retreat.

A rule change in Unite won’t bring that any closer, and bureaucrats like McCluskey constantly act as a brake on any effective militancy. Which means that if organised workers are ever to defy these laws, we must do it ourselves.

At this time, the new techniques of hydroponics gardening and portland Hydroponics hours farming
are becoming popular. 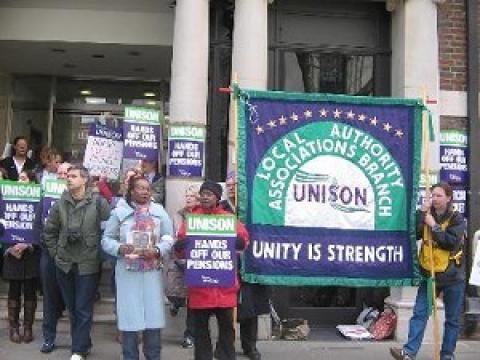 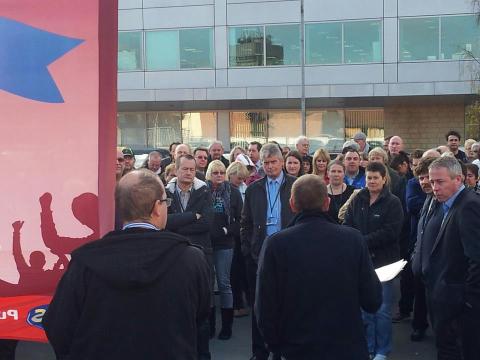 When management at the University of Sussex announced plans to outsource 235 jobs, workers responded by launching a 'Pop-Up Union', a new tactic…
Image 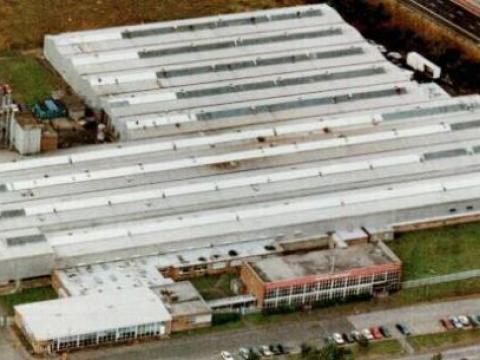