Flying squad pickets and the need for independent workplace groups

A brief piece about flying pickets and independent worker's groups and how these play out in the development of working class self-activity.

One of the innovative things that came out of the Teamsters Rebellion in 1934, was the flying squad picket. The flying squad picket is a rapid response group of members who are ready to mobilize on short notice to provide direct support for pickets or actions. It is important for how it mobilizes many workers in real time. Farrell Dobbs talks about how the flying squad pickets then included not just union workers, but also unemployed workers and people from the community.

This sort of direct action seems particularly relevant given the times that we are in right now. Unions are weak, union busting is normalized, unemployment is rising, and social services budgets are slashed with no qualms. Many workers are losing confidence that the contract negotiation process is going to help them keep their jobs, or tide through the lows of the economic crisis. The recent resounding No vote by 75% of UAW members and up to 90% in some locals,against the concessionary UAW/Ford contract, is the clearest testament to this utmost lack of faith and indignation against the union bureaucracy. This has not happened for decades. It is clearer than day that union bureaucracies have cowered at the economic crisis and perpetuated this sense of inevitability and legitimacy of attacks on workers. This can be the only foreseeable result after decades of racism that have only too conveniently shifted the blame unto third world workers, as well as economic nationalism that is more about keeping US companies afloat rather than fighting for the working class in the US.

This raises the question: What can sufficiently fight back against this economic crisis? What kind of actions and organizations can counter these endless attacks and criminalization of workers struggles?

The flying squad pickets are one of many forms of direct action that can be taken on by rank and file workers, harking back to the times even before the grievance procedure was the norm. They have the advantage of involving workers from many different workplaces, shattering the false divisions between job classifications, and the divide and conquer strategies of management. Flying squad pickets are also powerful for mobilizing people’s energies at the moment, without letting them die out with long procedural, bureaucratic processes. They are able to give people a sense of power and control over their own fates, without relying always on an outside, unapproachable force, an overdependence on a contract which many folks can’t even read, or understand.

Flying squads and other such direct action cannot replace the need for structure and organizations that the workers need to build for themselves, by themselves. It cannot replace the communication, skill sharing, solidarity and relationships that workers need to foster with one another, whether in the same job, or across job lines. Everything that the workplace is, is meant to divide and conquer through race, gender and citizenship, through language and skill set. Sometimes the difficult truth is that people dont like each other cos they know each other too well, for too long. It takes more work than just common forms of direct action to break through the old, crusty, institutionalized social relations that capitalism has carefully cultivated within the workforce. These require more consistency, and is sometimes the most slow and tedious work.

Independent workplace groups complement direct action. People are transformed by the actions that they are involved in. We need to shatter the notion that we should only follow the rules and laws that were meant to disenfranchise us anyway. We need to emphasize that the most successful direct actions, or flying squads are those that have a sense of continuation, before, and after exciting public actions.

It is also through such formations that a consistent critique and independence from the union bureaucracy can be maintained. In our organizing in Seattle, we have encountered groups who critique us and the rank and file custodians we organize with, for not being subservient to the union bureaucracy’s conservatism and slowness. “You should see the big picture,” or “You shouldn’t be so divisive”, or “You are playing management’s game to discredit the union by not following the bylaws.” These are challenging notions to counter precisely because they come from so-called progressives and leftists. And it is all the more frustrating for that reason. The unwillingness to side with the demands of immigrant workers, and workers of color, chiding them to fall in line with a more conservative bureaucracy seems to be a little lacking on the anti-racism credentials these groups always rattle on about. No, anti-racism is not just another -ism to talk about in a “privilege awareness” training session. It actually does mean you have to side with the struggles of oppressed people and not flock to the token people of color who step on everyone else’s heads to get up the ladder. “Workers are the union” also shouldn’t just be a meaningless slogan.

Sometimes workers’ aren’t consistently more radical than the union bureaucracy. This is a sober assesment. We have many contradictions that need to be ironed out. An independent workplace group provides space for those necessary conversations to take place, for those seething frustrations to be situated within a broader political analysis of our present times. Unions are not always the dam blocking the whole flood of workers self activity and energy that is intent on tearing down management and capitalism. Activists and revolutionaries need to be careful not to read our desires for what workers self activity represent, for what it actually is. Sometimes, the demands for “cut from the top,” or “cut from management, not from workers,” become read as “eliminate all management.” This is a false representation of workers demands. We need to keep our ears on the ground and listen to what people around us are saying. This is not to say we dont keep pushing and supporting the voices of the militants, whether they be the minority of the workforce. What I do mean is that it does us no good to misintepret and charge alone. That said, it is a great transitional demand that we should support and fight for because it points to greater rank and file control over the workplace and can create openings for discussing with rank and file militants, the importance of worker’s self management.

How we can build mass rank and file workplace groups with strong race, gender and anti-imperialist politics, with a focus on direct action by workers and community, that can reinforce the notion that workers ARE the union, reflecting back to workers and others, their own power? We need answers to this to respond to today’s crisis.

How we can build mass rank and file workplace groups with strong race, gender and anti-imperialist politics, with a focus on direct action by workers and community, that can reinforce the notion that workers ARE the union, reflecting back to workers and others, their own power? We need answers to this to respond to today’s crisis.

Just wanted to say that I'm proposing the idea of setting up a flying picket in my city currently, and I thought this article was a good, accessible introduction to the idea. 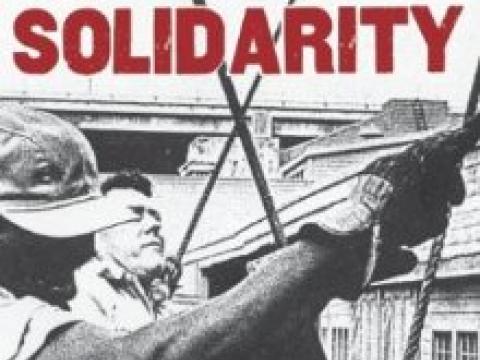 Collection of writings by Stan Weir, a socialist who worked as a seaman, teamster, longshoreman, house painter, and auto assembler (among other…
Image 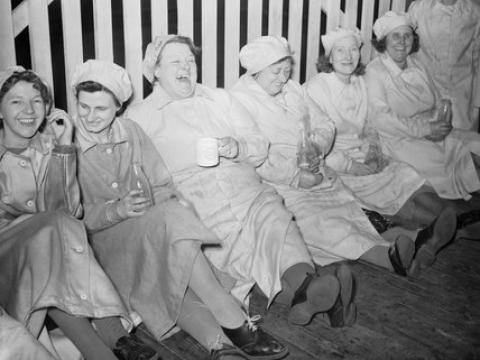 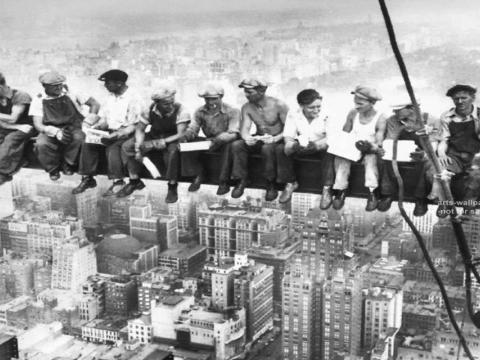