In 1947 rail workers in French West Africa (Senegal, Benin, Ivory Coast and Guinea) struck throughout the region in protest over a discriminatory benefit regime.

To set an effective date that the auxiliaries (virtually temporary workers with limited rights) would be allowed into cadres (hierarchical tiers in which permanent company personnel were placed).
To set the level that an employee had to attain on a test to get a promotion

To ameliorate the conditions for furloughs

To give housing to all employees

In 1946, a general strike in Dakar (with the exception of railway workers) guaranteed wage increases, family allowances for government workers, the recognition of unions, the expansion of wage hierarchies, and bonuses for seniority. In 1947, 164 cases of collective conflicts were reported to the Inspection du Travail; most dealt with wage disputes and were settled without incident. In that year, 133 unions in the public sector and 51 in the private had been recognized. The Fédération Syndicale des Cheminots (Railway Workers Union) was one of these autonomous and recognized unions.

In 1947, several important changes drove the members of this union to lead a memorable strike. The railways had been part of the Direction des Travaux Publics, but in July 1946 they were transferred to the Régie des Chemis de Fer de l’Afrique Occidentale Français (AOS), a para-statal group. This meant that they could no longer benefit from the status of civil servants—they could not claim the rights that had been achieved from the 1946 general strike. The Régie’s personnel were also set up in a hierarchical fashion, the lower tiers or cadres were filled mostly with Africans and, because of this, Africans received fewer benefits. Additionally most African railway workers, who constituted the majority of railway workers, formed part of the auxiliary section of the hierarchy, which received no housing and no indemnities (supplement to wages intended to offset geographical differences in cost of living). Furthermore, they were generally treated as temporary laborers. Also, the worsening economic conditions took its toll on railway workers’ wages, since their wages were a factor in the cost of goods imported and exported. In May 1947 the governing coalition in France changed; the Center-Left coalition was more open to subjecting workers to more commands and so the French railway workers joined in a bitter strike.

By summer’s end, Ibrahima Sarr, the Federal Secretary of the Railway Union, mobilized forces for a strike. The specific issues that the strike addressed were: the effective date that the auxiliaries (virtually temporary workers with limited rights) would be allowed into cadres (hierarchical tiers in which permanent personnel of a company were placed), the level an employee had to attain on a test to get a promotion, the conditions for furloughs, the housing of employees, and whether the indemnity zone would be uniform or set by rank. The strike was set to begin on October 10, 1947; it would include the Ivory Coast, Guinea, and Dahomey (modern-day Benin).

Sarr went to meet the union leaders from the different areas and these leaders all unanimously agreed to join. Returning from Soudan, Sarr was met with dancing and drumming by an assembly of 7,000 supporters in the city of Thiès, Senegal. Most of the African community in the AOS backed the railway workers. Politician and Senegal’s future first president, Léopold Sédar Senghor, privately supported the campaign.

On October 10, the strike began throughout all branches of railway in French West Africa and the wharfs in Dahomey and the Ivory Coast. Over 17,000 railway workers and 2,000 workers in the wharfs refused to work. The timing of the strike had been crucial. In 1946, France had implemented a “development initiative,” but the railway strike undermined the initiative’s economic goals.

Believing that the strike would end on its own because of economic pressure, the administration and politicians took three months to respond. The duration of the strike is explained by the fact that the workers were integrated and received support from their communities. Merchants, farmers, and lower-tier marabouts (religious men in West African Islamic tradition) supplied money and food. The L’AOF newspaper publicized a collection drive to benefit railway workers, receiving 134,615 francs in November and 454,555 francs in December. Women of the community also economically sustained the family during the strike period. Furthermore, the women wrote songs in favor of the strike and taunted strikebreakers—the community would make it impossible for strikebreakers to live in harmony.

By mid-November Sarr was brought into court for breaking a decree demanding compulsory arbitration (in lieu of a strike). The sentence of 20 days in jail and a 1,200-franc fine were later suspended. In December, the Régie proposed minor concessions to the union’s demands, but the union refused them. The officials were reluctant to escalate the confrontation because of the state’s post-war initiatives to stop forced labor and to incorporate trade unions into a system of industrial relations. The Régie refused to seize workers or to kick them out of housing. The Régie’s last resort was to hire new workers and to appeal to the strikers, but this did not work either. Only less than a fourth of their required jobs were being fulfilled by January 1948. If there were any sign of wavering, Sarr would go on tour in order to affirm the union’s mission. Soon, the workers felt as if they had a personal pact with the union leader and that it would be dishonorable to go back to work before an agreement was reached. The Ivory Coast railway union was the only group to defect. It went back to work under the terms of arbitration with the Régie. The terms would prove problematic for the auxiliary workers since many were not rehired and those that were would only be allowed into cadres in accordance with their qualifications. This result made the other unions hold out.

A newly arrived High Commissioner was appointed to intervene. On February 26, 1948, the High Commissioner made several proposals to the union. These proposals were a compromise between the Régie’s position and the union’s position, but they favored the union considerably. The High Commissioner also guaranteed that there would be no punishment for striking, that all personnel would be taken into the cadres, and that most auxiliaries would be accepted as well. The union accepted the proposals and on March 19 the workers returned to work. The strike ended with a long, celebratory march into Thiès followed by meetings and dancing. 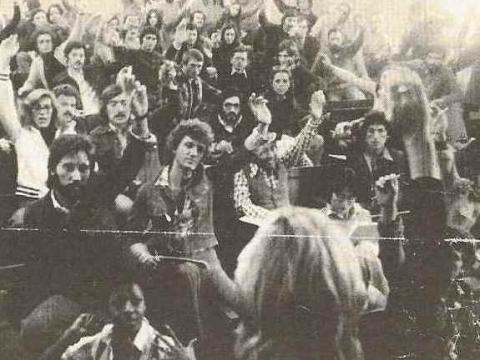 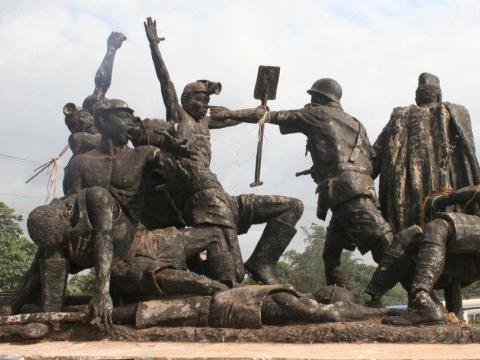 The Iva Valley miners strike and massacre at Enugu colliery, 1949

On the 18th November 1949, 21 striking miners and a bystander were shot dead at a British government…