Maurizio Garino was born in November 1892, the son of Michele and Nicoletta Chiglioni in Ploaghe, Sardinia.

In 1895 the family moved to Turin and in 1900 to Cassine. After elementary school and a short stay in a religious school Maurizio became an apprentice carpenter and then a pattern-maker mechanic.

He returned to Turin in 1906, and in 1908 joined the Turinese Socialist Youth. Adopting an abstentionist position, he moved towards anarchism with the agitation around the case of the Spanish libertarian teacher Francisco Ferrer in autumn 1909. In 1910 he was with Pietro Ferrero one of the founders of the Modern School, modeled on Ferrer’s ideas, which was a cultural circle for the political and cultural education of the Turinese working class.

He was involved in the agitation against the war in Tripoli. He took part in the strike in 1912 against the withdrawal of privileges and union derecognition in exchange for the “English Saturday”.

He joined the new union SUM (United Metalworkers Union) created by revolutionary syndicalists. The strike led to a serious defeat after two months. The negative experience of the defeat led him and Ferrero to argue for staying in the FIOM union, after the founding of the anarcho-syndicalist USI in November 1912. The great strike in the car industry in spring 1913 led to a victory for the FIOM and the eclipse of the SUM, with a Turinese section of the USI, under the leadership of Ilario Margarita, going over to the FIOM.

In June 1914 Maurizio had a major role in the strikes during the Red Week. Arrested for violence, threats and carrying of arms, he managed to be released. During the war he defended anti-interventionist positions. These anti-war positions meant a constant changing of jobs. He avoided the draft because of his classification as a skilled worker in a key industry.

Between one lay-off and another, he was in the front line of the agitation in the workplaces and took part in the movements in the factories in August 1917.

Within the Turinese section of the FIOM, he and Ferrero organised a Libertarian Group. The main fear of the reformist socialists was an alliance between the Libertarian Group and the Maximalist current within the Socialist party. In fact, at the beginning of 1919, that started to happen.

In December of the same year he participated in the extraordinary congress of the CDL union at Turin putting forward a motion in favour of the factory councils. In May 1920 at the national convention of the FIOM in Genoa, he condemned the lack of solidarity with the Turinese metalworkers.

The following June together with Ferrero he took part in the Conference of the Piedmontese anarchist movement. In July he attended the Bologna Congress of the UAI where he formulated anarchist positions on the factory councils.

In 1921 he started work in a cooperative. This was later turned into a joint-stock company in order to avoid fascistisation. During the fascist period, he was constantly arrested and persecuted.

His close comrade Ferrero was murdered during the fascist attack on Turin on 18 December 1922. After 18 September 1943 he started re-organising the Turinese anarchist movement and set up the Circle of Social Studies. He took part in the fighting against the Nazi-Fascists. Arrested in October 1944, he was released thanks to an exchange of prisoners.

After the liberation he continued to take part in the activities of the Piedmontese anarchist movement, and restarted the Modern School, and was also involved in intense cultural activity with the organisation of various conferences on many topics. However, these various cultural activities had far less effect on the Turinese working class than they had in the past.

Thanks for putting that up, battlescarred. back in the '80s the work of Ferrero and Garino in the FIOM were an inspiration to me in terms of the potential of rank and file organizing in the established unions. 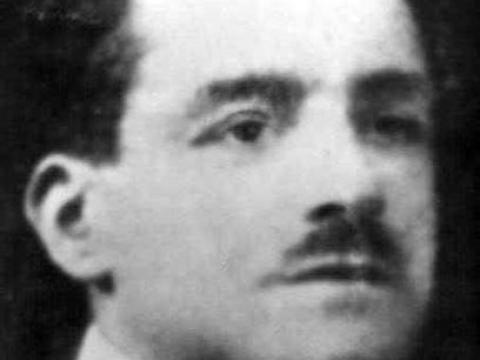 A short biography of Pietro Ferrero who, with Maurizio Garino, was one of the anarchists at the head of the factory councils movement in Turin.