Gaza: Against war and warmongers!

Leaflet produced by Brighton Solidarity Federation about the conflict in Gaza, for international solidarity with civilians in the middle-east – against all governments and gangsters.

One thing is absolutely clear about the current situation in Gaza: the Israeli state is committing atrocities which must end immediately. With hundreds dead and thousands wounded, it has become increasingly clear that the aim of the military operation, which has been in the planning stages since the signing of the original ceasefire in June, is to break Hamas completely. The attack follows the crippling blockade throughout the supposed 'ceasefire', which has destroyed the livelihoods of Gazans, ruined the civilian infrastructure and created a humanitarian disaster which anyone with an ounce of humanity would seek an end to.

In the name of 'national unity' the Israeli state bangs the war drums and whips up a frenzy of nationalist fervour to send its conscripted youth off to murder for the state. Simultaneously, in the name of 'the national interest' it opposes action by Israeli workers to improve their living conditions, such as the Ashod port workers strike in 2007 and the Tel Aviv airport workers wildcat in 2008. It is clear that the Israeli state represents the interests of the Israeli ruling class, whose sons and daughters are far less likely to be marched off to kill and be killed in Gaza, the West Bank, Lebanon...

In the name of 'national unity', and as the bombs rain down on Gaza, the Hamas leadership are calling from their bunkers for Palestinians to make martyrs of themselves. While in the name of 'national interest' they repress workers - seizing union offices, kidnapping prominent trade unionists, and breaking strikes - and summarily execute those who fall foul of their hardline Islamist views. The secular nationalists are no better; the Al-Aqsa Martyrs Brigades attacked the Palestine Workers Radio for "stoking internal conflicts." Clearly a free Palestine cannot be run by these groups, who are acting like every government does in a time of war - repressing dissent, beating the war drums and calling for blood sacrifices.

Behind this conflict looms Western imperialism. The US in particular are protecting Israel's actions from UN sanction long enough to see if they can damage Hamas. But if Israel’s actions in Gaza become a liability, the US will about-turn and reign Israel in, like they did during the 2006 attack on Lebanon. But it's not just the US - components made right here in the UK by major arms corporations are being used to bombard Gaza at this very minute. And here too, the state represses anti-war activists protesting these companies.

What sense does it make for British workers to produce weapons used by Israeli workers to kill Palestinian workers? It is so that Western capitalists can profit from the fight between the Israeli state and assorted Islamist gangsters over who gets to oppress and exploit the population of Gaza. Profit and power are behind this latest bloodshed.

This is not to say there is a symmetrical situation - Israel is in control and could stop the onslaught at will, Hamas is much weaker. However, our enemy's enemy is not our friend. Opposition to Israeli barbarism cannot mean support for Hamas or their rivals, any more than opposition to the Iraq war meant supporting Saddam Hussein.

We must be internationalists, opposing the idea that the rulers and ruled within a nation have any interests in common. Therefore, we must reject Palestinian nationalism just as we reject Israeli nationalism (Zionism) and US imperialism. Ethnicity does not grant “rights” to lands, which require the state to enforce them. Therefore, against the divisions and false choices set up by nationalism, we fully support the ordinary inhabitants of Gaza and Israel against state warfare – not because of their nationality, ethnicity, or religion, but simply because they're real living, feeling, thinking, suffering, struggling human beings.

The only real solution is one which is collective, based on the fact that as workers, globally, we ultimately have nothing but our ability to work for others, and everything to gain in ending this system – capitalism – and the states and wars it needs. That this seems like a "difficult" solution does not stop it from being the right one. Any "solution" that means endless cycles of conflict, which is what nationalism represents, is no solution at all. And if that is the case, the fact that it is "easier" is irrelevant. There are sectors of Palestinian society which are not dominated by the would-be rulers – protests organised by village committees in the West Bank for instance. These deserve our support. As do those in Israel who refuse to fight, and who resist the war. But not the groups who call on Palestinians to be slaughtered on their behalf by one of the most advanced armies in the world, and who wilfully attack civilians on the other side of the border.

For solidarity with the civilian population of the region, because whoever wins the war, the working class pay the price in broken bodies and shattered lives.

Produced by Brighton Solidarity Federation with fraternal gratitude to the Anarchist Federation from whose leaflet much of this one is adapted.

This text is also available in Polish, thanks to Centrum Informacji Anarchistycznej.

In the name of 'national unity', and as the bombs rain down on Gaza, the Hamas leadership are calling from their bunkers for Palestinians to make martyrs of themselves. While in the name of 'national interest' they repress workers - seizing union offices, kidnapping prominent trade unionists, and breaking strikes - and summarily execute those who fall foul of their hardline Islamist views. For example the Al-Aqsa Martyrs Brigades attacked the Palestine Workers Radio for "stoking internal conflicts."

I get what you're trying to say here, but this reads as though Al-Aqsa are a part of the Hamas leadership, whereas (as you know) they're affiliated to Fatah. Maybe a slight rewording is in order?

Agree with Asher, this is a good leaflet, I think it is an improvement on ours. But Al-Aqsa are secular nationalist and traditionally Fatah-aligned, and the purpose of flagging this up in the original leaflet was to show none of the factions have anything to offer workers.

But good luck to comrades distributing this.

ah - that bit got condensed in editing and now it does read a bit wrong, there was a sentence that 'the secular nationalists are no better' that went walkies. will fix that now.

for anyone wanting to adapt this - the brighton-specific sentence can easily be replaced with "But it's not just the US - components made right here in the UK by major arms corporations are being used to bombard Gaza at this very minute. And here too, the state represses anti-war activists protesting these companies."

when i can attach pdfs i'll attach nicely formatted versions of each - in the meantime pm me and i can email you pdfs if you want a print-friendly version.

unfortunately this sentence wasn't restored before it went to print. d'oh. oh well, i think in the circumstances only pedantic hamas/fatah supporters will spot it, and they're hardly likely to be converted to internationalism anyway. fingers crossed.

so, we distibuted over 150 copies of this on the demo in brighton today, which was attended by 3-400 by my estimate. was quite well received, at times people were queueing up to get one (i do wonder if that's just the aesthitics though). at least one person spotted the typo implying al-aqsa martyrs brigades are islamists not secular nationalists, oops. only spotted one hamas flag on the march, which was better than expected i suppose.

the local paper is reporting 2000 people attended. i'd be very surprised if it was that many.

Just to let you know Nottingham AF distributed a slightly modified version of this leaflet at Saturday's Nottingham demo. Thanks for putting it up. I'll link to our copy when there's one up online somewhere.

I reckon we probably gave out about two to three hundred copies on a demo of about 500+ according to the local rag. Not much feedback, but there was a bit of leaflet overload with SWP, SP, Medical Aid for Palestinians and others also leafleting.

oh and don't read the comments on that article unless you want to read about people outraged at muslims daring to stand on a statue of brian clough.

glad you found it useful :rb: 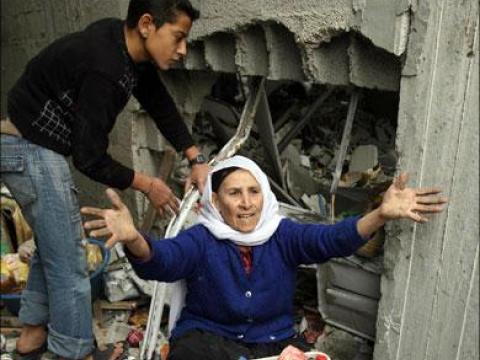 No state solution in Gaza

Statement distributed by the Manchester and Sheffield Anarchist Federation groups on the conflict in Gaza, in solidarity with the victims of the… 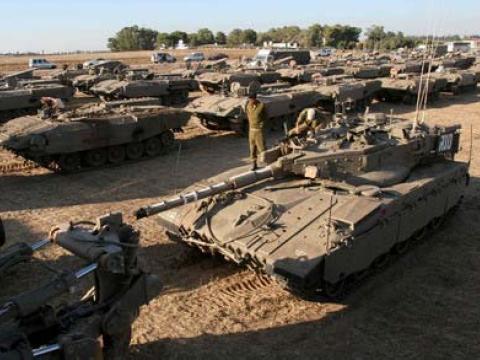 Israeli invasion of Gaza: a new episode of warmongering electoratism 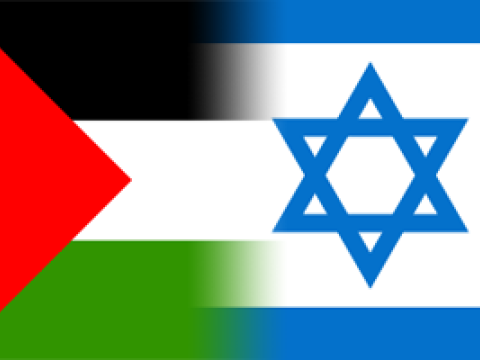 Statement against Israeli and Palestinian nationalisms; what's in a flag?

An attempt to present an internationalist perspective on the current situation in the West Bank,… 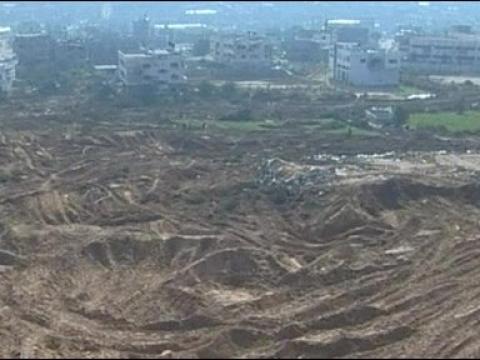 “Sometimes we shoot the same way” – the attack on Gaza, internationalism and the Left

A libcom user and Anarchist Federation member analyses the 2008-2009 Israel-Gaza conflict, and the…