“Give me my job back, say sorry, and don’t do it again” – Interview with a worker sacked for being trans

An interview with a British trans IWW member who was fired for using the toilet at work, but after the company was picketed by the Sheffield section, got their job back.

On trans day of visibilty, Red And Black Leeds distributed a leaflet making reference to the case and were kindly sent the interview that was done with the worker during the campaign, before they got their job back, but was never published. RABL reproduced it to illustrate the impact of transphobia on workers and the importance of sticking up for each other:

Can you explain what happened while you were working in [the company]?

I started using the women’s toilets in late December, having worked for [an agency] in [a company’s] office since June 2014. I’ve been going through gender transition for about 5 years, in stages of trying something new and moving on when I feel comfortable with it, and I had stopped feeling comfortable using the men’s toilets a long time ago. A couple of weeks after I started using the women’s, my boss told me someone had made a complaint about me, and asked me a few very personal questions about my gender identity and presentation, and I felt that wasn’t any more appropriate from my boss than from a stranger in the pub (one reason I stopped being comfortable in men’s toilets in the first place). At the third meeting a week later, I showed him documents confirming my rights as a trans person and [the company’s] guidelines for accommodating trans people, but after leaving work that evening, I got a call from the agency telling me not to come back the next day. I was really upset by that and since I need to pay the bills, I had to get the Union involved.

How has it impacted you?

I found the meetings with my boss really invasive and demeaning. I wrote a diary entry the day after the first meeting because gender anxiety had been playing on me ever since: “…do I make people feel uncomfortable for deeper reasons than being the “wrong” gender in the “wrong” bog? If it’s just prejudices about my body and gender identity, that can be dismissed as ignorance, but I can’t help the concern that people feel intimidated by my presence.” That’s a pretty awful feeling, and I generally try to be considerate of others’ feelings, but I still need to go to the toilet!

On an economic level, it’s a shock going from even a low-paid job to having no wages at all and I’ve had to sign on while I find another job and fight to get what I deserve from my last one. I’ve been on the dole before and it’s a really difficult, precarious situation.

Tell me a little about the campaign with IWW?

The campaign’s demands are quite simple: Give me my job back, say sorry and don’t do it again. We’re putting pressure on [the agency] to admit their mistake and reinstate me, and on [the company] to pressure [the agency] into following [the company’s] inclusivity guidelines.

The IWW is a union for all workers, and unlike mainstream trade unions, it works on an equal and voluntary basis, so all the members support each other in struggles, sharing skills and training in workplace rights and organising together. The IWW doesn’t have bureaucratic communication channels – when a member needs solidarity, it’s up to the branch and the Union as a whole to support them in whatever way they need, whether it’s a representative or a fast response to a major issue. That’s why we were able to mobilise so quickly to act on the grievance – a member can call a meeting, outline a strategy, get input from other members and help with anything they need. Between us we have the skills not just to picket an office, but mount a publicity campaign and engage with the paperwork processes all at once. Nobody can do that on their own.

We’ve had a surprising amount of support from outside the IWW too, with LGBT and feminist groups supporting the pickets, and some wonderful people on the inside telling people about what went on and drumming up support. I’m told the general opinion is heavily in my favour, and I’m really grateful to the people sticking up for me.

Does it make you concerned for other people in the transgender community?

Yes, I know that this is an issue that affects a lot of people on a daily basis, including a few of my friends. What I’ve been through in the past few weeks might just be down to a silly misunderstanding, but it’s a reflection of a really cruel facet of society which forces people into arbitrary boxes, and punishes those who don’t fit. I’m in a really lucky position to have the Union and a lot of good people on my side. Often this sort of discrimination is accepted as part of day-to-day life for trans people, as if the fact that it happens a lot means it’s ok. It isn’t, it’s painful and destructive. That’s why I think our third demand, an explicit change in policy to one which is trans-inclusive, is the most important. I don’t want anyone to have to go through what I have in the last few weeks.

What do you think [the company] needs to do next?

[The company] tell me they’re “looking forward to having conversations” with myself and [the agency], and [the company] can put a lot of pressure on them to conform to their inclusivity standards. [The company’s] policy on trans workers is actually quite positive, but in this case somebody screwed up and it cost me my job.

Have you found new employment since?

It’s only been a week since I was sacked, so I haven’t had much time to look for a job, but I am looking, and a bit of time off will give me a chance to work on building up my art and craft projects, which I find far more enjoyable than office work. That said, I worked with some lovely people at [the company] and I’d be happy to work there again. I’m sure our actions have greased some corporate gears there and I’m confident we’ll get a good result, for me, for the IWW and for understanding of trans people’s needs.

A video which was made after the campaign had been won can be seen here. 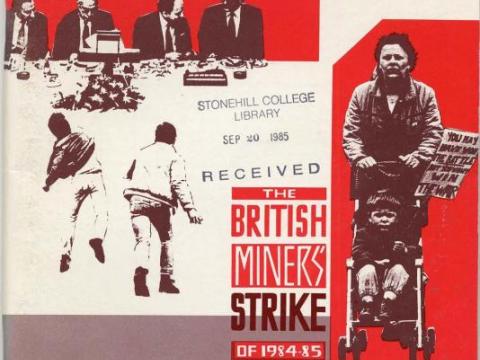 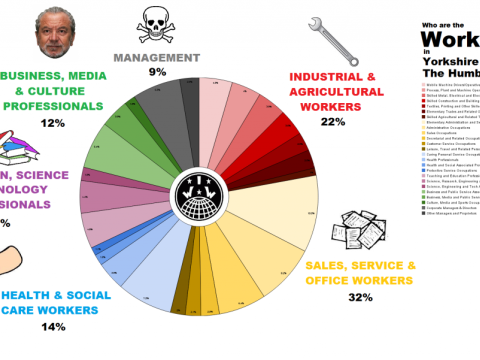 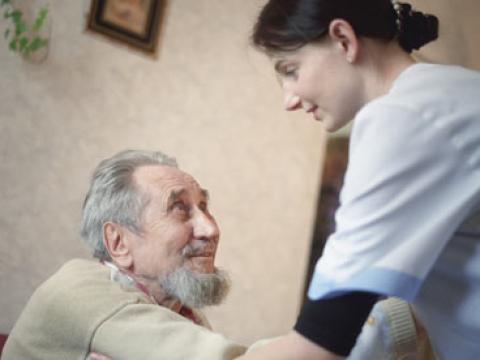 Crisis in care: Interview with an anarchist support worker 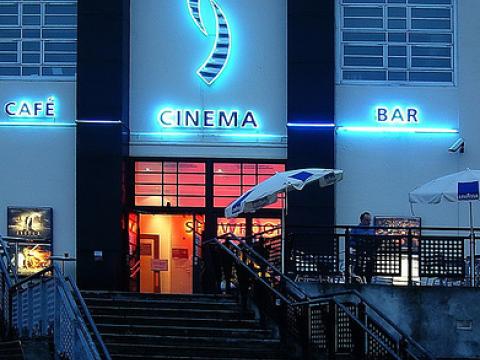 You fire the worker, we fire the boss – organising at the Showroom Cinema, Sheffield