The Industrial Workers of the World's influence in Glasgow is not so well known, but it had considerable influence on the shop stewards movement in the period around the First World War:

"It was perhaps a natural development that one of the strongest branches of the Advocates of Industrial Unionism should be in the Singer Sewing Machine Works at Kilbowie, Clydebank, which employed some 12,000 workers. Singers was primarily an American firm, but it had established itself in Europe, and exerted an effective monopoly in the manufacture of sewing machines. The general manager of the Kilbowie factory was an American, and he brought American technique to bear on the problems of improving productive efficiency. According to the workers, these changes resulted in wage-cuts, and early in 1911 a strike took, place, led by the industrial unionists. The strike leaders published a manifesto which declared:

The international character of this firm must be kept in mind if we are to understand the recent developments.... Every device that human intellect perverted to the anti-social service of the enemies of mankind can conceive, is put into operation to increase the rate and intensity of labour and to reduce the wages paid to the workers.. .

The strikers also complained that Singers were able to tide over the dislocation of their output by importing supplies from their factory at Elizabeth, New Jersey, and declared that `British labour is being defeated by American labour'. They attributed this to the [enforced] docility of the American workman:

Already these methods of capitalistic tyranny have been so successful in America that in many places no form of organization is possible. Over twenty years ago the great Steel Combine attacked the strongest trade union in America and defeated it. Since then in the whole city of Pittsburg all forms of labour organization have been remorselessly killed. Mr Parks, the general manager of the Kilbowie works, wishes to reduce the British workers to the same level, to make Kilbowie, like Pittsburg, another `hell with the lid off'.'" (Socialist, Edinburgh, July 1911. The 'great Pittburgh strike' referred to is presumably the Homestead strike of 1892.)

The strike failed, and its leaders were victimized and dispersed; but several of them remained on Clydeside as a nucleus of discontent, and several of them were prominent in the wartime Clyde Workers' Committee." (America and the British Left - Henry Polling; Black, 1956; pp. 99-100.)

For more information on the shop stewards movement see; here

Under the influence of the I.W.W. convention, a conference in which I participated was convened in the Templars Hall, Ingram Street, in 1905, and the Advocates of Industrial Unionism was started in Glasgow....

The Advocates began holding outdoor meetings and indoor lectures. Within two years the idea of industrial unionism began to take root in Singer's Sewing Machine Company, in Clydebank; in the Argyle Motor Works, Alexandria; and in the Albion Motor Works, Scotstoun.

The Singer's factory employed about 10,000 workers. The firm refused to recognize any union, and those union men who were employed had to keep it quiet. It was typical of the new machine age. The subdivision of labour was carried to a fine art, and young boys and girls were brought into the factory to operate the simple processes on ridiculously low wages. I remember Arthur McManus describing a job he was on, pointing needles. Every morning there were millions of needles on the table. As fast as he reduced the mountain of needles, a fresh load was dumped. Day in, day out, it never grew less. One morning he came in and found the table empty. He couldn't understand it. He began telling everyone excitedly that there were no needles on the table. It suddenly flashed on him how absurdly stupid it was to be spending his life like this. Without taking his jacket off, he turned on his heel and went out, to go for a ramble over the hills to Balloch.

The dull, deadening influence of this factory, the unbridled exploitation, etc., was favourable soil for the new ideas of industrial unionism. Factory-gate meetings were held, literature was sold, and study classes begun. Soon contacts were extended inside and it was not long before every department had a small group. The Advocates had passed the stage of mere propaganda. It had to assume responsibilities for organizing tile workers. And this it did, changing its name to the I.W.G.B. - the Industrial Workers of Great Britain - and assuming the role of a new union.

The membership began to increase, and from a handful of enthusiast it jumped to hundreds and soon touched four thousand members, in Singer's alone. Shop-grievances were taken up. From small successes the influence of the organization grew and spread to every department. The slogan of `An injury to one is an injury to all' caught on. Simple shop disputes became departmental issues. Each shop appointed its delegate to the Department Committees, and these were linked up through a Works Committee.

As the organization grew we began to get more and more apprehensive of a factory strike. We were not yet ready to exercise firm control or discipline. Moreover, the factory was isolated save for small groups in the shops I have mentioned.

Another disturbing influence was the question of religion. There were many Catholics in the works. Could they subscribe to the Socialist principles of the union? There were many active Catholic workers who didn't worry about that. But the question was taken before the local priests, who counselled the workers to join, while advising them not to abandon the Church, on the grounds that they could not then be singled out as non-unionists. Had the matter been left there little harm would have been done. But the Jesuitical habit of not letting the question alone, but raising it on all sides, caused dissension and not a little acrimony amongst the workers.

Came one day when a woman was dismissed. The shop stopped work; a department meeting was held, and an appeal was made to the other departments on the slogan of 'An injury to one is an injury to all'. Strike meetings were held in the factory, and the firm, writhing under the development of the new militant union, decided on a lock-out. The factory was shut down and 10,000 workers were locked out.

The greatest of enthusiasm prevailed amongst the workers. Headed by the Clyde Workers' Band, demonstrations took place through the town. New members were enrolled at every meeting, and a firm line taken by the Works Committee.

The management and foremen made special appeals for the 'loyal' workers to resume work without success. They then hit on the device of sending a post-card to everyone on the firm's books, whether recently working or not, inviting them to say if they wished to resume work. The strike committee appealed to the workers to return the post-cards to them and they would count the votes. Just over 4,000 cards were returned to the committee. But, naturally, the firm, through the press, reported the overwhelming majority for resuming work; promised revisions of pay, etc.; and opened the gates after being shut a full week. A breakaway took place and the strike committee could not stem the return to work.

Once the strike was broken, one after the other of the leading comrades were dismissed. From the standpoint of the workers' movement as a whole, there were certain compensatory features in this. I remember addressing a large meeting in the Co-operative Hall after the strike, and referring to the dismissals declared: 'If the firm imagined by dismissing the active workers of the I.W.G.B. they would stop the growth of our movement, they were deceiving themselves. Every man dismissed would become the nucleus of a group of industrial unionists that would spring up all over the Clyde.' This forecast proved to be fulfilled to an even greater degree than I had anticipated, for soon afterwards the war was to reveal in the Clyde Workers' Committee movement shop-stewards in factory after factory who had once been in Singer's. 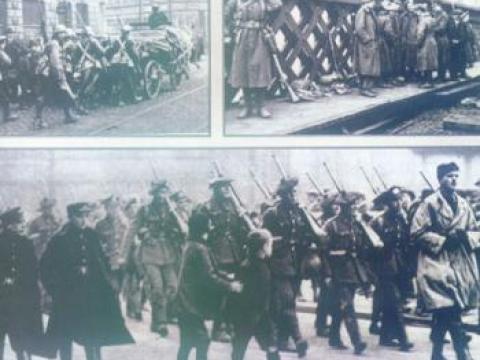 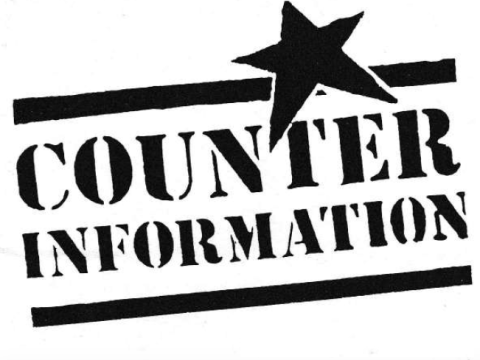