Mark Ames examines the spate of US workplace killings and the phenomenon of going postal, suggesting falling wages at work and work itself are responsible. Please note that this author is sexist and a proponent of politics diametrically opposed to ours, however we reproduce this text for reference as we believe it contains some interesting arguments.

I rather object to promoters of National Bolshevism, sexism and fuck knows what else trying to make careers in the left. This is really poor shit if libertarian portals are home to people who flirted with totalitarian ideas. Or maybe the people here will start printing national socialists because they might have some criticism of some aspect of capitalism or working life.

You sound like you need to calm down. I don't know if letting a National Bolshevik write in your newspaper makes you a promoter, but let's say it does, what does any of that have to do with an unrelated book? Eduard Limonov doesnae turn up in this. And Libcom is full of writers who are promoters of sexism and fuck know what else. Luckily Libcom doesn't promote the writer, just the writing if it's any good.

Calm down? Sorry but these people should all go up against the wall.

Really, really disgusted that people are not held accountable for their outrageous and scummy politics.

But hey, I guess you never really had to face National Bolshevism in real life, so just sit there on the internet and tell people to calm down.

Well yes, but I'm not sure what has to do with this? If you have something about Mark Ames being a Nazi, I'd like to read it. If you're meaning about his newspaper though, I don't think you're on to a winner.

Oh just another fucking waste of time here. Down with all the nazis, nationalists and those who tolerate them.

Oh just another fucking waste of time here. Down with all the nazis, nationalists and those who tolerate them.

Akai, thanks for your comments. Flaneur, there is no need to be rude - Akai is extremely valued, long-term contributor to the site.

I had never heard of this guy before. Akai, could you provide some links with more info about him? Then we can make an admin decision

The author of the most is indeed a sympathizer, promoter and apologist for at least that brand of nazism.

In regard to his collaboration with the leader of the National Bolshevik party, we can say the following. The National Bolsheviks are totalitarian and greated to propagate authoritarian rule and the expansion of the Great Russian Empire. The leader took it so far to support extreme nationalists in armed conflicts, going to Serbia and Bosnia to support the Serb ethnic cleansing in armed struggle and to TransDniester and Abkhazia. Back in Russia, these people became part of a national movement which later would wind up terrorizing foreigners, anarchists and whoever opposed them.

Although some people sitting in front of their comps comfortably somewhere might not know these things, the violence and threat of nationalism and fascism is all too real for the Bosnians, for people in Russia and so on. Given full knowledge of this, Ames invited the NazBol leader to publish his idiot drivel in a newspaper he set up. On every possible occassion, he acted in defense of this nazi, trying to portray him as a rebel. Antifascists, in this scheme, would be nothing more than "politically correct nuts" or whatever.

At the height of the leader's promotion of totalitarianism, violence and fascist ideology, the state used anti-fascist laws against him. In the mean time, Ames wrote about him that he was just an extreme artists, comparing him to the likes of Johnny Rotten, Jello Biafra and Vaclav Havel, claiming that people hate him because he is "always against".

This is of course an idiot argument. People hate him because he is a fascist who likes to build a macho image with nationalist idiots by going with the Serbs to Bosnia to kill people.

Furthermore, this frat boy asshole argued that the NazBol was something like a martyr, going to jail for "being against' whereas 99 percent of us are sold out. Furthermore, he implies that the world is hypocritical, criticized "the public" for going against the NazBol for the "unforgiveable sin" (irony intended by asshole) of going to Bosnia or Abkhazia, implying that moral outrage at this stuff is out of place. (Well, you can get the same shit tossed at you on Libcom, but at least here I assume people are not aware what they are talking about.)

Well, you have to know that this shit is pretty old. The fascists always had their artists adventures and always was trying to pass itself off to left-leaning people and to the working class as something other than it was.This is basically what the author was involved with, trying to convince foreigners that a fascist is not a fascist but a rebel, and other warped ideas.

So it is up to anti-fascists to call this out at all times and especially to demask the collaborators who are somehow passing themselves in some liberal milieus.

Since this site has a section on Hakim Beys sexual proclivities I think it's fair that this authors is also included for readers awareness and consideration:

He spoke about his sex life in Moscow. “Russian women, especially on the first date, expect you to rape them,” said Mr. Ames. “They’ll go back home with you and say, ‘No, no, no,’ and if you’re an American, you’ve been trained to respect the ‘No,’ because you’re afraid of sexual harassment or date rape, and so you fail over and over. But it took me a while to learn you really have to force Russian girls, and that’s what they want, it’s like a mock rape. And then you come back here and you’re really freaked out–because you don’t know if that actually exists deep in all women’s psyches, that that’s what they all want. All relations between guys and girls is basically violent, I think. It’s all war.” 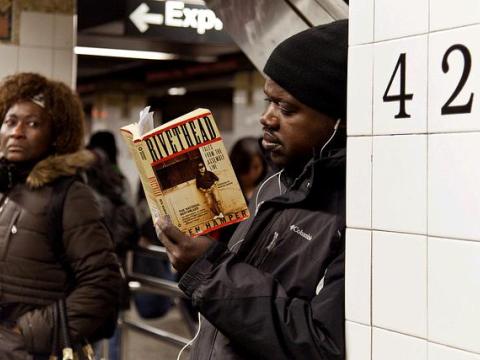 Down and out memoirs of a line assembly worker for GM Motors over the 1980s. In amongst co-workers going postal in the local bar, drinking on the…
Image 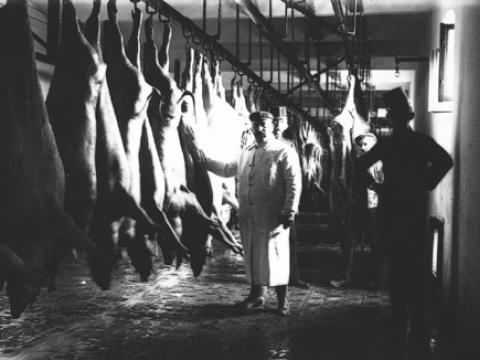 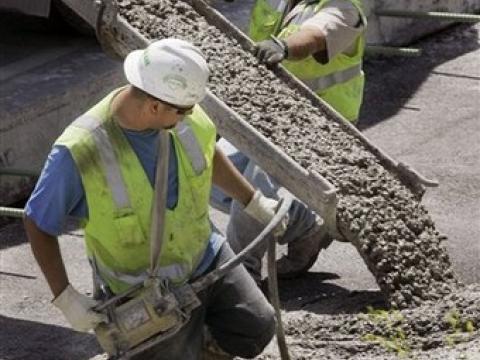 1980: The Remaking of the American Working Class - Loren Goldner

The changing nature of capital and its exploitation.
Image 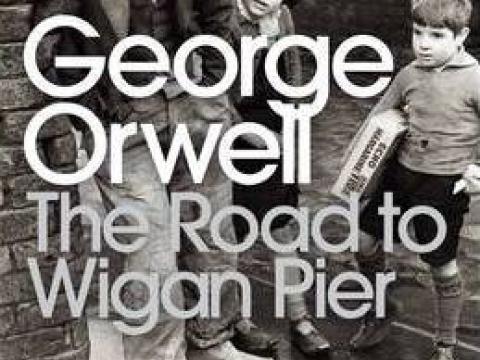 Orwell's examinations of the conditions for the working class in the north of England prior to World War Two and how he became a socialist.