Prison writer and organizer Jason Walker reports on the continuing attempts by staff to frame him for a recent incident in which guards attacked him.

Introduction: Jason is urgently requesting help in beating this attempted frame-up. Below is a suggested script that you can use to make complaints to the TDCJ Ombudsman, as well as the Ellis Unit warden Kelly Strong, Regional Director Wayne Brewer, TDCJ Director Bryan Collier, and Attorney General Ken Paxton.

“To the Texas Department of Criminal Justice Ombudsman Coordinator,

I am writing on behalf of Jason Renard Walker, #1532092. I’m contacting you to alert you of the uniquely inhumane and unconstitutional disciplinary hearing process and repeated violent treatment of Jason at Ellis Unit by staff at the prison. As a part of one of the most recent violations of his person, Jason reports that he was attacked on Nov. 23 at 3:10 am by guards, which he believes, on the basis of prior experience and overheard comments, to be in response to articles and exposés that Jason had written to be published in the San Fransisco Bayview about a previous hearing which was conducted with tampered evidence and without a tape recorder. In the most recent assault against him by staff, he reports that he was beaten and attempts were made to blind him, crush his spine and jaw, break his left hand and prevent him from breathing. He was then accused of assaulting a guard, an accusation that denies, and insists that a full review of the videotape evidence will show that he never delivered any blows in response to the violence he faced, and that the violence was instigated by staff. Now he reports that he is in solitary confinement, denied medical care including prescribed PTSD medication, and has faced difficulties in even attending his own disciplinary hearing for this incident. Furthermore, his personal items and documents, evidence for his case, has been confiscated from him, and he says that only things irrelevant to his case have been returned. Surveillance footage from the incident, which Jason insists will contradict statements by staff members present, is not being released for investigation or analysis.

I demand that he be allowed to attend his own hearing without interference, and that ALL property and correspondence confiscated from him be returned immediately. I also demand that there be a full independent review of all relevant surveillance footage, including any CCTV recordings from the cafeteria between 2:30 am and 3:50 am on the morning of Nov. 23rd 2018 and the portable camera that was used to record Mr. Walker being escorted to his cell following the incident. Mr. Walker and all the members of staff involved, especially officers Pollock and Williford, should be thoroughly questioned, and all relevant witnesses should be interviewed by qualified outside investigators.

As Jason Walker feels that his life is in danger, I also demand that he be transferred out of the state to avoid further threats to his existence.

I look forward to this issue being resolved,”

Within the past year, prison guards are turning up the way they retaliate for my published exposés and activism. From false charges, to legal property theft, and now physically unprovoked beatings. Most recently, on November 23 2018, around 3:10am, I was snatched out of the chow hall by known racist officer Brandon K. Pollock, who attempted to wrestle me to the ground so he and officer Zachary H. Williford, another known racist, could beat me to a bloody pulp.

Pollock was unable to overpower me, so Williford ran up to me and began punching me in the face and head, along with Pollock, as uncle Tom guard, Sylvester Glaze Jr, and other black guards gathered – the same way a litter of cubs observe their mother attack prey. They too jumped in and got a few licks before the “use of force” was called in, as Glaze watched the entire event. As the portable camera rolled, sly attempts were made to gouge my eyes, crush my spine, break my left hand and choke me out by applying full weight on the left side of my back and throat. My effort to breathe was used as an excuse, saying that I wouldn’t stop resisting, so more guards applied suffocating pressure as Pollock attempted to break my left pinky finger, bending it all the way back.

I was denied medical care, thrown in lock-up, and all my electronics, food, appliances, legal books, mail and correspondence material vanished in thin air. Property officer Kimberly L. Hatthorn brought a few hygiene items on November 29 2018, then claimed that was everything in my possession, besides two bags of meaningless legal documents given to me by another officer a few hours after I was locked up. I’m on the top tier, where the heat through the vent makes it extremely hot, but no efforts are being taken to locate my fan to help regulate the temperatures, my PTSD medication has an adverse effect too.

As I explained in a previous piece[1], to justify physical contact Pollock wrote a false disciplinary report stating that I hit him in the left eye in the chow hall door. A black prisoner who lives on C6 block but worked back here claims to know all about Pollock, and heard guards talking about his actions being premeditated and calculated. “Everybody talking about it”, he said. Another prisoner who doesn’t know me wrote an affidavit certifying that he heard Pollock fishing for someone to bear false witness, and that Pollock and Williford tried to knock out my teeth and break my jaw.[2] Pollock has no injuries, nor do photos exist showing any marks to his left eye.

Prisoner Lindsay, who I don’t know, who lives on B4 cell block, I-10 cell, submitted a statement to the counsel substitute, McMillian, giving an account consistent to mine and Prisoner Garcia’s, who is another witness, about what really happened. Of course, when Glaze was called as my witness on November 30th 2018, he perjured himself, giving a robotic response, “I was in the kitchen, I didn’t see anything.” When asked if he saw the use of force (beating) in the hallway, he responded “I was in the kitchen”.

Contrary to this lie, the camera for that day was reviewed by Captain Hill, the hearing officer, and McMillian. On camera, Glaze can be seen watching me leave the chow hall, then leaving out himself a matter of seconds later; but on tape he claimed to have never left the chow hall. Ironically, Hill claims the chow hall cameras can’t see the entrance or exit doors, and nor does the hallway, where prisoners are routinely assaulted, have cameras. On top of this, Glaze’s lie isn’t being used as evidence, or even analyzed.

It’s absurd to believe that a guard who has over ten years of experience could fail to see me get assaulted by another guard, not even thirty feet away from the exit door where he stood; not recognize or hear a use of force being called in over the radio; not realize that he was the only officer in the kitchen to not respond, and fail to see and hear other officers scampering to respond; and the camera says different.

This only validates the truth of what he said at a time when he pulled me to the side and personally told me that I was a target and to stay out of the way because he’s witnessed white officers mess over black prisoners, then successfully cover it up. Prisoners like me in particular, he said. The disciplinary hearing was postponed until Pollock could be located to seal the deal.

What can you do to help?

First and foremost, this is an active criminal charge that I will litigate in the future. The same standards that the courts hold officials to aren’t required in disciplinary hearings. I’m in need of legal assistance, in the form of an investigation into Glaze, Williford, Pollock, and their supervisors’, role in assaults, and playing blind to assaults, e.g. a polygraph test for me and them; as well as gaining a copy of the kitchen surveillance camera for November 23 2018 between 2:30 am and 3:50 am to expose that Glaze witnessed the incident, but claimed to not have known that the beating occurred. These acts are pure retaliation. Also, a copy of the “I-210 offense report”. And an interview of the witnesses whose names have been admitted as evidence in my hearing and can be retrieved. The camera footage is only available for a certain amount of time, and is the only evidence that proves Glaze is covering up my assault and his knowledge of it. Please help! My life counts on it!

[1] The Anatomy of Abusive Prison Guards, hosted at https://sfbayview.com/2018/10/the-anatomy-of-abusive-prison-guards-telford-units-overt-assault-and-punishment-program/

[2] See attached affidavit of Juarez Fendencio, along with related affidavits by Caterrion Backus and Melvin Clark

Within the past year, prison guards are turning up the way they retaliate for my published exposés and activism. From false charges, to legal property theft, and now physically unprovoked beatings. 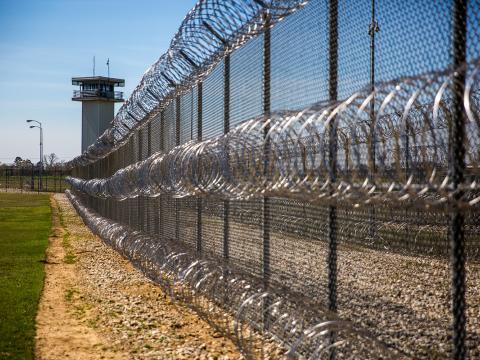 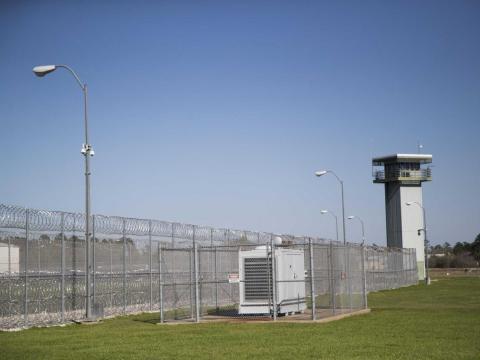 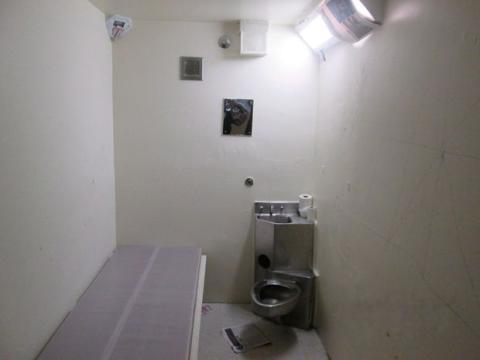