Typesetter, film maker, scenario write, actor and anarchist active within the movement in Spain and internationally.

Armand Guerra was born Jose Estivalis Cabo at Liria near Valencia on 4th January 1886, the son of a farmer and of a mother who was already looking after a child of 5 years. First as a choirboy and then as a pupil at a seminary in Valencia, he developed an intense hatred for the Church.

He started working in a print shop in Valencia in 1899 at the age of 13 then in an electrical workshop with his brother Vicente. In 1907 a print workers strike broke out in Valencia and Armand was arrested and imprisoned. The police thought that after his release that he was emigrating to the West Indies. In actual fact he and his brother went to Paris and made contact with the anarchist movement there.

In 1909 he attended the meetings of the Germinal anarchist group in Geneva, Switzerland and started corresponding with the outstanding anarchist militant and doctor Pedro Vallina who had taken refuge in London. He also edited the Spanish anarchist paper Tierra y Libertad in Nice during that year (after the crushing of the 1909 revolt and the State murder of Francisco Ferrer, anarchist publications had been forbidden in Spain). Between 1910 and 1914 he wrote very regularly for the Cuban anarchist weekly Tierra published in Havana. He also wrote for the Swiss weekly anarchist paper Le Reveil, edited by Luigi Bertoni, under the anagram of his real name-Silavitse.

But Guerra was footloose and in February 1911 he traveled down through Italy before catching a boat for Cairo where he took part in the activities of Italian anarchists grouped round a print shop in the centre of the city, near the El Muski bazaar. He helped bring out a paper L’Idea, edited in three languages- Italian, French and Greek. Guerra hoped to ignite a revolt in Egypt, but the authorities forbade the publication of any anarchist texts in Arabic.

Travels in the Balkans
He started a long boat journey from Istanbul to Braila in Romania and then on to Belgrade and Salonica, all the time tracked by the police. The situation arrived that he was ordered to leave the ship AND forbidden to land! Faced with this ridiculous situation, the captain came to his defence.

He returned to France, and lived first at Toulouse and then at Deauville. He wrote several articles about his travels. He wrote a book Stepanoff based on his travels and his meeting with a Bulgarian revolutionary, which was published in Cuba in 1914 (no copy of this work has survived). During the summers, he worked in a printshop in Deauville. It was in this town in 1912 that the Gaumont operators shot the first animated colour footage in the history of cinema on the beach at Deauville.

Perhaps inspired by this, he returned to Paris in 1913 and produced a film for the Éclair company called Un cri dans la jungle ( a shout in the jungle), which came to the attention of Yves Bidamant, secretary of the rail union Federation des transports par voie ferree. This individual suggested that Guerra produce films with a social message.

This began the venture of the Cinema du peuple when Estivalis began to use the pseudonym Armand Guerra for the first time. He brought out the films les Miseres de l’aiguille, le Vieux Docker, and La Commune. At this time he lived at 22 Rue du Donjon, at Vincennes across the road from the Pathe factory. He worked as a typesetter in Paris at the Maison de la Presse, which printed most of the Parisian papers. According to a police report, it was believed that he was married to Jeanne Marques, the older sister of Marcelle Capy, editor of La Bataille Syndicaliste and member of the Asnieres anarchist group. She was well known for her feminist and antimilitarist writings and lived with Fernand Despres, also editor of La Bataille Syndicaliste and a close friend of Guerra.

His film La Commune inspired the anarchist painter Maximilien Luce to create a painting. Guerra continued to write for Tierra and to work for the Cinema du Peuple. From summer 1914, he began a correspondence with Marcel Martinet, a writer of “proletarian literature” and a member of the Cinema du people cooperative. His wife Renee contributed to the cooperative acting in the Guerra film Miseres de l’aiguille.

Unfortunately Guerra’s concierge was informing on him to the police about his political activity and he was expelled from France in September 1915. He had been under police surveillance since 1909 for his editing of Tierra y Libertad.

Guerra now moved to Lausanne in Switzerland where worked as a typesetter in a print shop. At the end of 1917 he picked up his cinematic interests again by setting up the company Cervantes Films. After making 6 films, he abandoned the project, for reasons not yet known, although it was probably because of financial reasons. Most of his films were filmed outdoors rather than in a studio, incurring much higher expenses.

Most of the films were about gypsies or bullfighters, themes popular with contemporary audiences. The Curse of The Gypsy had nevertheless been produced to combat the beliefs of Catholic Spain.

In 1920 he went to Lausanne again and then on to Berlin.

Nosferatu
Here, he worked as an actor, director, and translator of scenes (he spoke 7 languages). The Berlin film scene was vibrant and dynamic so he was rarely without work. He was involved in the realization of films by great directors like Murnau, Pabst and Lang.. Not only did he write scenarios but he wa sinvolved at all levels in production, including administration and writing of subtitles and the putting up of scenery. He acted in the film of Hans Neumann, A Summer Night’s Dream alongside another anarchist actor Alexander Granach. There is a likelihood that he was involved in the production of the film classic Nosferatu, in which Granach acted. Like another Spanish anarchist, Valerio Orobon Fernandez, Guerra worked translating scenes for the Spanish-German firm Filmofono.

He pioneered cinema with sound in Valencia, and brought out 3 films there. In 1928 another film of his produced in Germany was banned by the censors. Guerra became the Berlin correspondent of Popular Film, a Barcelona film review, directed by his friend Mateo Santos (who brought out the first documentary on the Spanish Civil War in 1936 for the CNT).

In 1930 he took over from another director for the film El Amour Soyeando (Love Sings). In 1931, because of protectionist laws put in place, he was forced to leave Berlin for good and settled in Madrid with Isabel Anglada with whom he had a little girl, Vicenta.

He played the role of a clown in La Alegria que Pasa of Sabino Antonio Micon in 1934.

War and revolution
During the course of filming his first full length feature film Carne de Fieras the Francoists attempted their coup countered by revolution. Later because the CNT wanted to honour all contracts for film workers the film was finally completed and has recently been re-discovered.

Guerra wrote a fascinating account of this period in his A Traves de la Metralla (Through the Grapeshot). Carne de Fieras was to be Guerra’s last feature film. He made attempts to make a film about Durruti, and also brought out some newsreels Estampas Guerreras but the CNT needed his considerable gifts as an orator and he had to abandon the camera.

In the last months of 1937 he toured throughout southern France speaking on behalf of the CNT. To those who questioned whether Mexico was the only country to have given arms to Mexico, he replied that the Soviet Union has sold arms, not given them!

With Manuel Perez he translated a pamphlet about the Francoist massacres on Mallorca.

Guerra fell foul of the Communist Party that was carrying out its counterrevolution. He was arrested by the SIM (secret police controlled by the Communists) and was imprisoned between 8th April and 26th August 1938 on the Uruguay, a ship converted into a prison in Barcelona harbour. He was then put under house arrest. He appealed to the General Secretary of the CNT, Mariano Vasquez to have himself freed.

With the final triumph of Francoism, Guerra managed to escape to Sete in southern France in February 1939, avoiding the French concentration camps that were to become the home of so many fleeing from Spain. A month after having found his family at Saint Mande, he died from a stroke, probably brought on by the extreme exhaustion of the last few years, on 10th March 1939.

Guerra’s films were all confiscated by the Franco regime. Only over the last few years are they beginning to emerge from the archives. It would certainly be interesting to get access to them in the English-speaking world , especially his Carne de Fieras, and to see if they have weathered the test of time. The uncontestable fact remains that Guerra was not only a devoted anarchist, but had a not unimportant role in the history of cinema.

This article originally appeared in No 67. of Organise! magazine of the Anarchist Federation 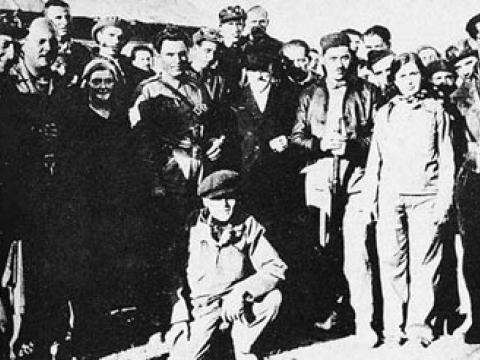 A short biography of Spanish anarchist Pepita Inglès, who fought and died with the Durruti Column.
Image

A short biography of the Spanish anarchist miner Pedro Masera, murdered by the Francoists in 1938
Image 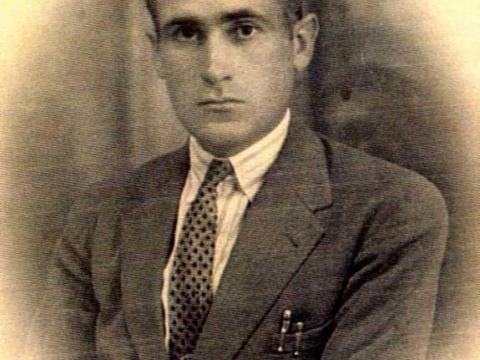